Donald Trump became the sixth US President to fail to attend his successor’s inauguration today, as he set off in Marine One for Florida after leaving the White House for the last time. However there was one handover tradition the outgoing President did honour, and that was to leave his Democrat rival a letter in the Oval Office.

When Barack Obama left the White House, he wrote to his replacement: “We are just temporary occupants of this office.

“That makes us guardians of those democratic institutions and traditions… that our forebears fought and bled for.

“Regardless of the push and pull of daily politics, it’s up to us to leave those instruments of our democracy at least as strong as we found them.”

While in his own letter to President Barack Obama eight years earlier, George W Bush wrote that “critics will rage. Your ‘friends’ will disappoint you,” but ”no matter what comes, you will be inspired by the character and compassion of the people you now lead.” 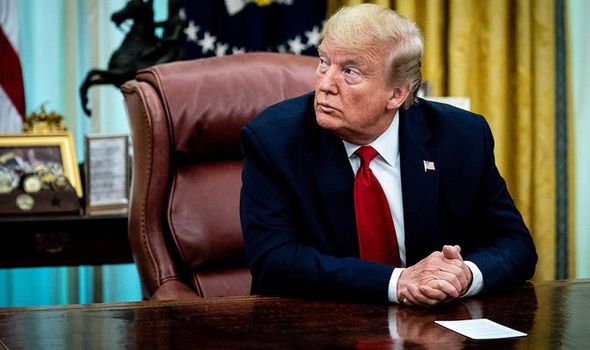 We will use your email address only for sending you newsletters. Please see our Privacy Notice for details of your data protection rights. China-EU trade deal causes ‘friction’ with US ahead of Biden term

What does the Trump letter say?

Such notes are usually passed down from the outgoing President to the President-Elect.

And in the past, many have revealed what their predecessors have said to them.

But with Mr Biden yet to be sworn in, it’s currently unclear with Mr Trump said to his rival – or if the Democrat will even reveal the letter’s contents.

Express.co.uk will update this letter when more information is available.

ANALYSIS: The face of B.C.’s coronavirus fight is a soft-spoken straight shooter