Home » World News » Do you still think you can scare us?: Zelensky mocks Putin

His troops have taken back an area twice the size of Greater London within days, says British intelligence. And Ukraine’s president vows his fighters will continue to drive out Moscow’s invaders after some 200 days at war. 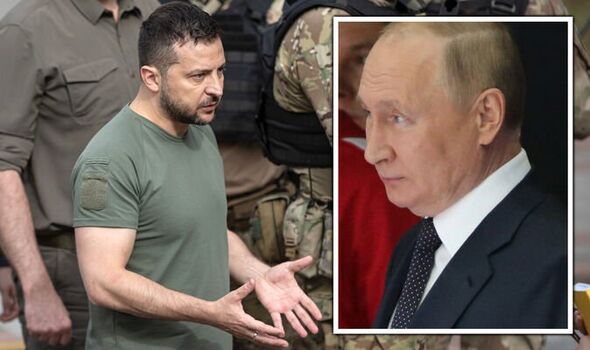 Russian leaders in Kharkiv Oblast in the north east of the country admitted their troops were outnumbered by eight to one in the counter-attack that led to the liberation of scores of towns, cities and villages.

Ukraine has recouped more territory in five days than Russia seized between April and September.

Moscow responded by ordering missile strikes on power stations and other critical infrastructure to plunge the population into darkness. But it lasted for only several hours.

“Cold, hunger, darkness and thirst – for us are not as scary and deadly as your “friendship and brotherhood”. But history will put everything in its place. We will exist with gas, lights, water and food – and without you.”

Vitaly Ganchev, a Russia-appointed administrative head of the Kharkiv region, confirmed on Moscow TV that Ukraine’s army had made the gains and reached the Russian border.

The Ministry of Defence in Kyiv said Russia is prioritising “defensive actions” in the Donbas region in the east and revealed the lightning assault on its forces could break already-low morale.

Natalila Humeniuk, spokesperson for Ukraine’s southern command of the Armed Forces, claimed some Russian soldiers in the Kherson Oblast in the south are trying to negotiate to lay down their arms.

Mr Zelensky has said the winter could see further territorial gains if Kyiv got more weapons from the West.

Lord Dannatt, former head of the British Army, said the Russians have “pretty much turned and fled” from Kharkiv, adding: “We are witnessing some incredible scenes.”

The Institute for the Study of War, a US-based think tank, declared the Battle of Kharkiv a major operational success for Ukraine’s armed forces.

Mr Zelensky went on to tell his forces: “The enemy is panicking. Ukraine is proud of you, believes in you, prays for you, and waits for you.”

More than 20 local politicians in Moscow and St Petersburg signed a petition “demanding Vladimir Putin resignation as president” in a rare show of criticism of the Kremlin.

How coronavirus has dashed hopes for tourism in Egypt