CHENGDU, China (Reuters) – China said it had taken over the premises of the U.S. consulate in the southwestern city of Chengdu on Monday after ordering the facility be shut in retaliation for being ousted from the Chinese consulate in Houston, Texas. 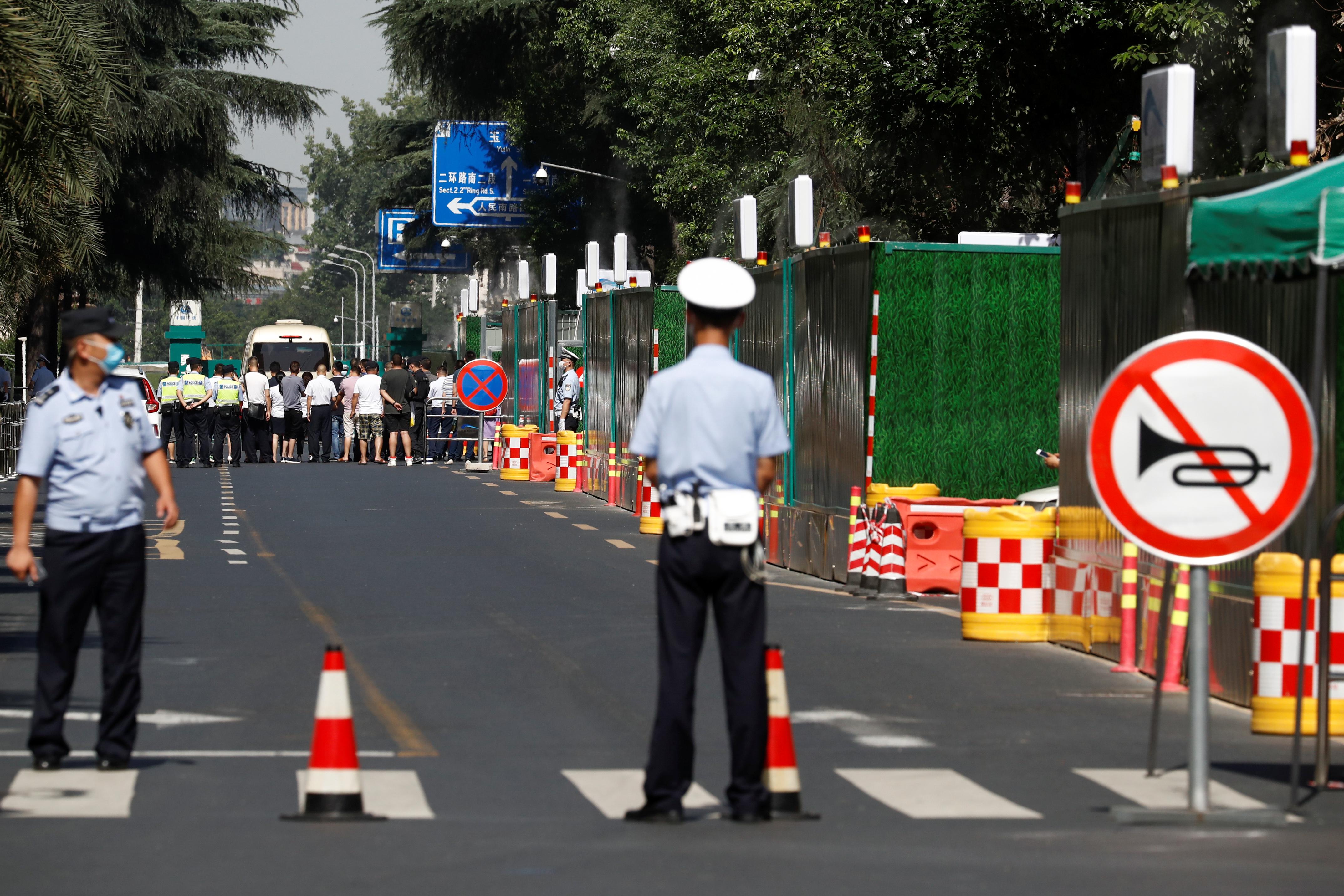 Police in Chengdu restricted access to the area around the consulate on Monday morning, and four officials in personal protective gear were seen walking towards the consulate at about 10:24 a.m. local time (0224 GMT).

China’s Ministry of Foreign Affairs said the consulate was closed as of 10 a.m. It said later that authorities entered the building and took over the premises.

China ordered the closure of the facility on Friday after Washington last week gave China 72 hours to vacate its consulate in Houston, in a dramatic escalation of tensions between the world’s two largest economies.

The United States confirmed the closure of the consulate in a farewell video shared from the U.S. embassy in China’s Twitter account.

“The U.S. consulate in Chengdu has been proudly promoting the mutual understanding between Americans and the people in Sichuan, Chongqing, Guizhou, Yunnan and Tibet since 1985. We will forever miss you,” it said.

State broadcaster CCTV shared a video on its Twitter-like Weibo account, taken by a reporter, of the American flag in front of the consulate in Chengdu being lowered at 6:18 a.m. on Monday.

On Sunday night, a crane was seen entering the consulate compound and hoisting at least one container onto a large truck.

On Saturday evening, a worker was seen using tools including a hammer and chisel to remove fittings around a plaque outside the main entrance.

U.S.-China relations have plunged to their worst in decades over a range of disputes, from trade and technology to the COVID-19 pandemic, China’s territorial claims in the South China Sea and its clampdown on Hong Kong.