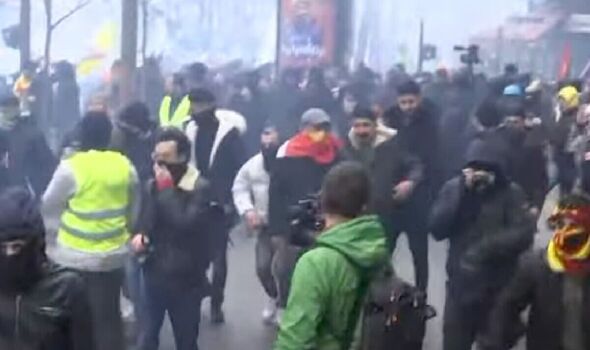 Protests have broken out on the streets of pairs as people clash with Police outside the Kurdish cultural centre. In video footage posted on social media hundreds of people can be seen running through the streets carrying flags as people watch on.  Police appear to be using tear gas to disperse the large crowds. It comes after three people died in a shooting in Paris on Friday.

A 69-year-old man has been arrested following the shooting and possible racist motives are being investigated by French police.

Shortly after protests broke out after a group gathered at the scene.

Footage showed people starting fires on the streets on Paris and smashing car windows as police attempted to calm crowds.