SAO PAULO (Reuters) – Brazilian President Jair Bolsonaro took selfies with supporters and celebrated the thousands of protesters gathering in major cities on Sunday, just days after he had called for a suspension of the demonstrations due to the spreading coronavirus. 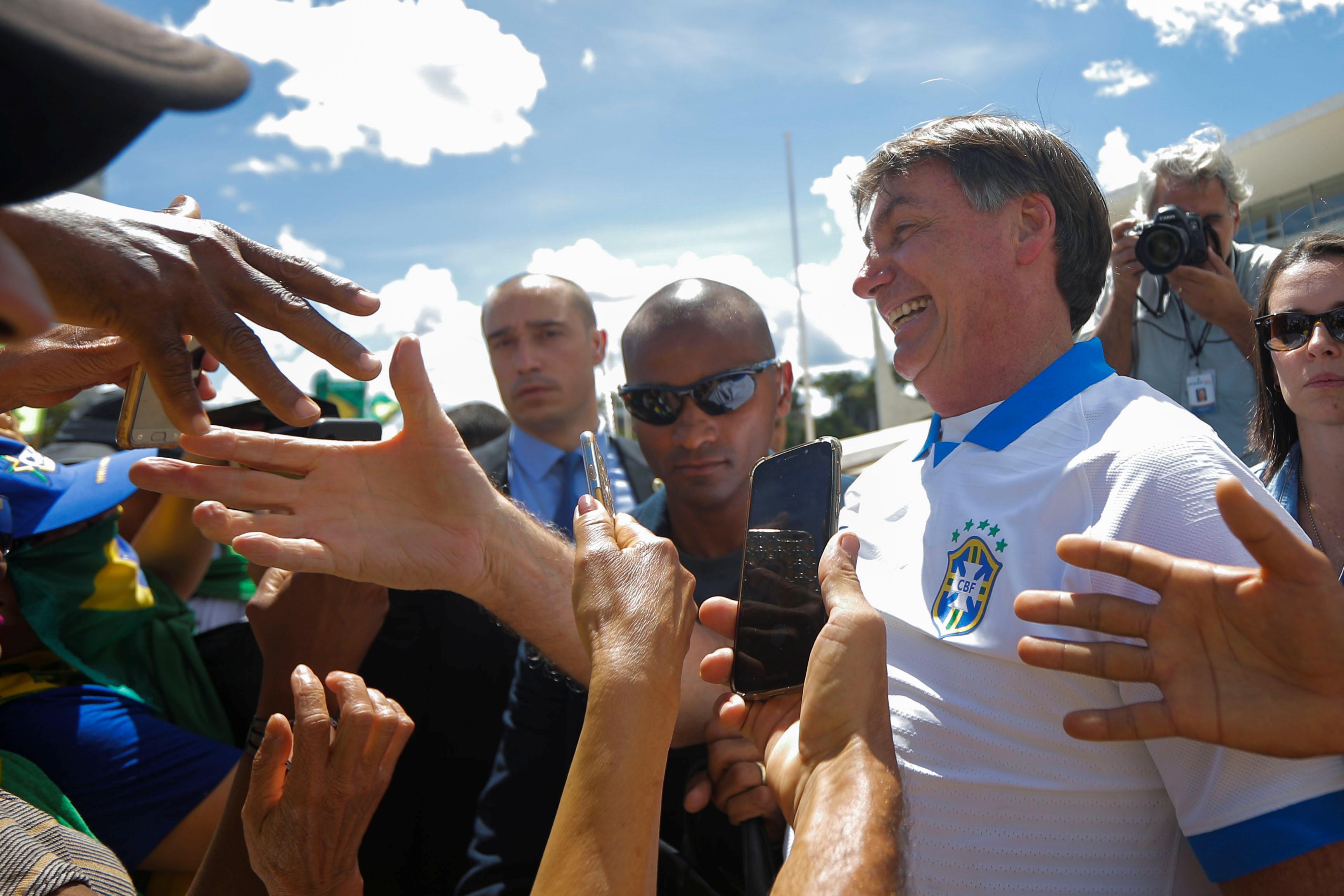 Bolsonaro appeared to shrug off the advice of medical experts suggesting he remain isolated after several members of his delegation to Florida recently tested positive for the virus.

The president tested negative for the virus, as did U.S. President Donald Trump following their meeting, but newspaper O Estado de S.Paulo reported that Bolsonaro’s medical team has suggested he remain isolated until early next week. He will also take another test to rule out all chances that he has the virus, the paper reported on Friday.

Estado also reported on Sunday that the seventh member of Bolsonaro’s entourage in Florida had tested positive for the coronavirus, citing sources who said that press aide Samy Liberman had contracted the disease.

Bolsonaro strode down the ramp of the presidential palace in a Brazilian soccer jersey and met a throng of protesters at the front gate, where he bumped fists, grabbed cell phones to take pictures and leaned in for selfies with the crowd.

In streaming video of the encounter from his official Facebook account, Bolsonaro said it was “priceless” to see so many public demonstrations in favor of his agenda, playing down his warnings against them in a Thursday address to the nation.

“Although I suggested (a postponement), I can’t order anything because this protest isn’t mine,” Bolsonaro said. “With everything against them — the press, the virus, the recommendations — the people took to the streets.”

His move comes as the total number of people tested positive for coronavirus in Brazil rose to 176, from 121 on Saturday.

He insisted that the demonstrations showed support for his agenda and not attacks against any particular adversaries. Public health concerns aside, many have warned Bolsonaro against encouraging the protests in light of the vociferous attacks by some organizers against democratic institutions such as Congress and the Supreme Court.

“I’m a Brazilian patriot and I want this country cleaned up. No coronavirus is going to keep me from defending Brazil against the crooks in Congress,” said protestor Claudia Santos at a demonstration along Copacabana beach in Rio.