Protest took place as the US mulls a ban on travellers from Brazil after a surge in coronavirus cases. 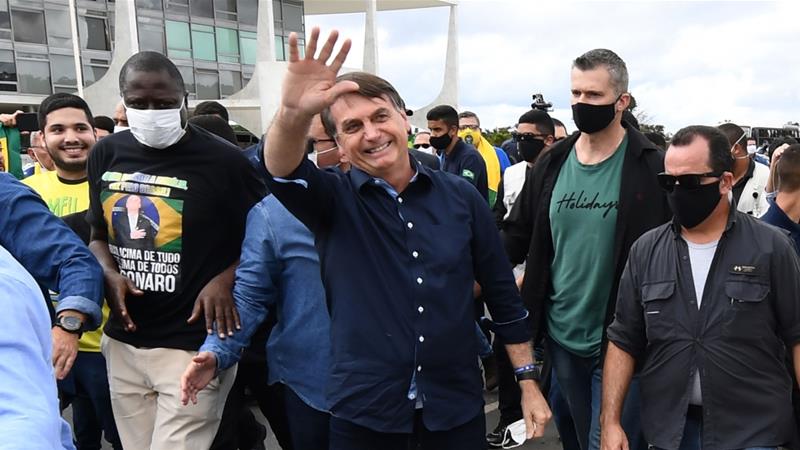 Brazilian President Jair Bolsonaro on Sunday hailed supporters rallying in the country’s capital to back his administration as an unfolding political scandal adds to the public health crisis driven by the coronavirus outbreak.

Surrounded by security guards wearing masks, but not wearing one himself, Bolsonaro was shown in a live streaming video on his Facebook page greeting protesters waving Brazilian flags and calling him a “Legend”, days after Brazil topped Russia to become the world’s second-worst virus hot spot after the United States.

The rally, one of several such demonstrations Bolsonaro has encouraged in recent weeks, came as the administration of US President Donald Trump, a close ally of the far-right Bolsonaro, mulls a ban on travel from Brazil because of the worsening outbreak there.

The demonstrations follow a decision by Brazil’s Federal Supreme Court late last week to release a video recording of an April 22 ministerial meeting, in which Bolsonaro said he wanted to change security officials, their bosses, or even ministers to stop his family and friends from getting “screwed”.

The political scandal revolves around an accusation by former justice minister Sergio Moro, a popular anti-graft crusader, that Bolsonaro aimed to interfere in police investigations.

Bolsonaro was seen posing for photographs, shaking people’s hands, and even carrying a young boy on his shoulders, part of a pattern of flouting and discouraging social isolation measures advised by health professionals to curb the pandemic.

More pro-Bolsonaro rallies were expected to take place in Sao Paulo, Brazil’s most populous city and the epicentre of the COVID-19 pandemic.

US National Security Adviser Robert O’Brien told CBS’ Face the Nation on Sunday there will likely be a decision to suspend entry for travellers arriving from Brazil.

“We hope that’ll be temporary, but because of the situation in Brazil, we’re going to take every step necessary to protect the American people,” O’Brien said.

“We’re concerned about the people of the Southern Hemisphere, and certainly the people of Brazil. They’re having a rough go of it.”

Trump said on Tuesday that he was considering imposing a ban on travel from Brazil.

“I don’t want people coming over here and infecting our people. I don’t want people over there sick either. We’re helping Brazil with ventilators … Brazil is having some trouble, no question about it,” Trump told reporters at the White House.

O’Brien said the US would look at restrictions for other countries in the Southern Hemisphere on a country-by-country basis. 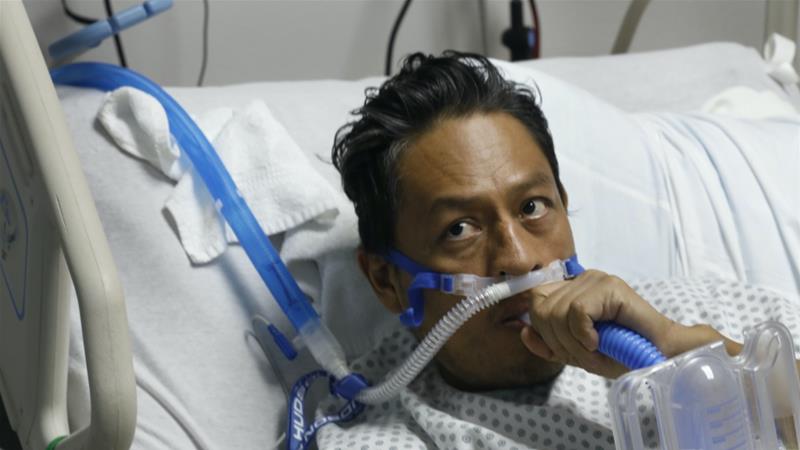 We meet COVID-19 survivors to hear their stories