BBC Weather forecaster Stav Danaos said Europe can expect to deal with some strong winds over the next few days. While some areas, most notably eastern parts of the continent, remain dry, some areas will experience significant rainfall going forward. Temperatures are also expected to drop after a short surge as colder air moves in from the west.

Mr Danaos said: “Much of the European continent is dry and settled with some sunshine.

“Temperatures are above the seasonal average across more eastern parts of Europe.

“Further north and west, although it can be mild it, it is very wet and windy.

“We have seen widespread gales and heavy rain.” 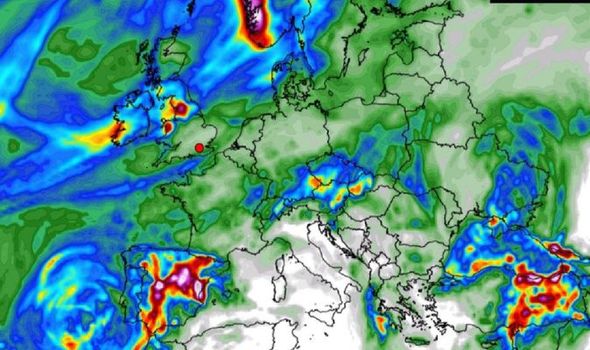 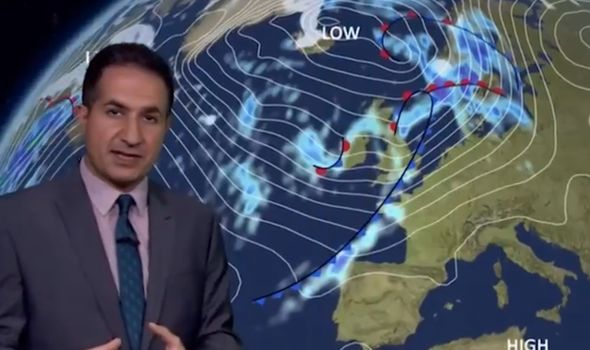 He said: “As we move through this week it looks like the wet and windy weather will become more confined to Scandinavia.

“High pressure begins to build in across the west but that will also bring some colder north western winds.

“Temperatures will be dropping here but further east things may be slightly higher than they should be for the time of year. 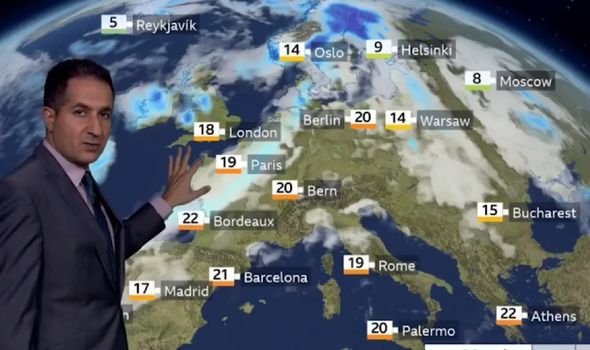 “As we head on to Tuesday it stays windy across the north west, this band of cloud and rain could push into central Europe.

“We could see a bit of snow over the Alps, nothing amounting to too much.

“Further south and east it is a dry story with widespread sunshine for Greece and the islands.” 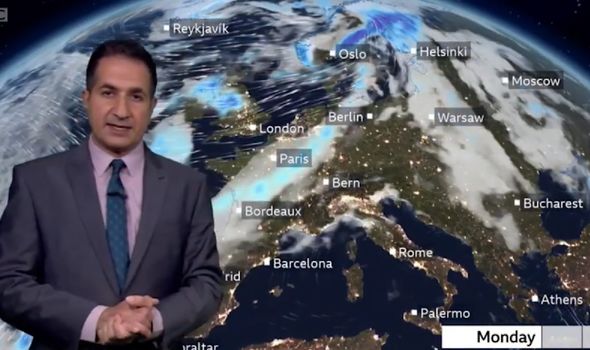 He closed by explaining the shift in temperatures expected in some parts of Europe.

Mr Danaos said: “Temperatures will fall away for London and Paris.

“Although high pressure moves in it will be sunnier, it will be colder with overnight frost and some mist and fog in the morning.

“It will be wet for Madrid though and the area of low pressure will be establishing itself there at the end of the week.”

While You Were Sleeping: 5 stories you might have missed, June 28