BBC Weather forecaster Helen Willetts noted Portugal can expect some chaotic weather as they have an orange warning for lightning strikes. Scandinavia has also been warned of potential forest fires. South East Europe is expected to see some of the wettest weather which has caused temperatures in the region to fall.

While in west Europe, temperatures continue to rise and will do so into next week where some areas will see highs of 34C.

Ms Willetts said: “Orange warnings are in force for Portugal for lightning through the day on Sunday.

“Still a risk of forest fires for parts of Scandinavia as well.

“Things are changing in south-east Europe as we have cooler air introduced. 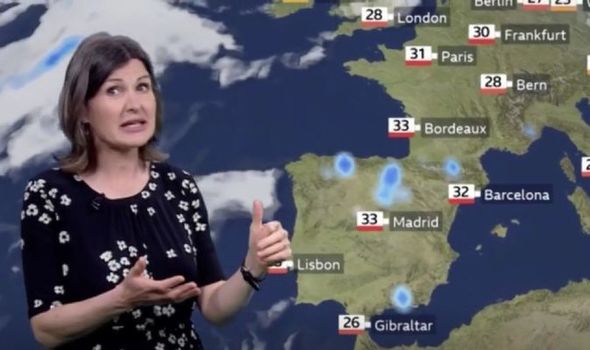 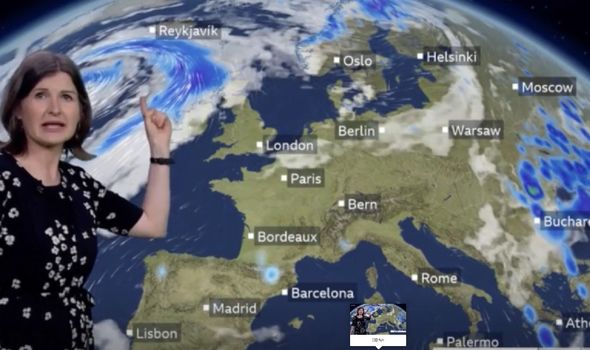 “Windier weather has dampened things down and this is quite an active weather front, turning more showery.

“At this time of the year, due to the intensity of the sunshine, there will be heavy showers, hail, thunder and lightning and gusty winds.”

The BBC Weather forecaster noted that south eastern parts of Europe will see a lot of wet weather come Monday.

However, on the other side of the continent temperatures will continue to build. 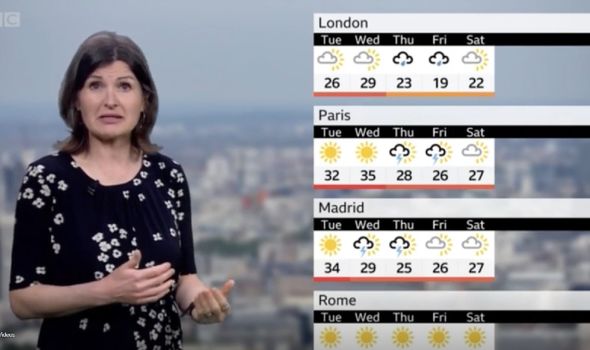 She said: “Quite a rash of the downpours around Turkey, it will still be affecting Greece and the Balkans.

“In west Europe it is a little bit drier, warming up behind so we have that heat building across many parts of Iberia.

“Also building across France, the low countries and the United Kingdom.

“Further north, while it has been very warm, it won’t be cold but we certainly have got cooler air in.

“With the wind and the rain that will depress the temperatures anyway.

“All the while, look at those showers in the south east, some very lively downpours.

“For many others, some dry weather and some warm weather as well.

Coronavirus: ‘Every man for himself’ approach will push EU to collapse says industry chief