Chelsea, 40, was just 12 years old when her father Bill Clinton became President, yet became the subject of mockery by many political commentators. Barron, 14, was 11 years old when his father Donald Trump entered the White House and, like Chelsea, he has also been attacked simply by virtue of who his father is. Chelsea has been an outspoken critic of the President throughout his three and a half years in office, but she insisted it was “abhorrent” to drag his son into it.

She reflected on her own experiences on The Graham Norton Show in November 2019, and said that she takes it very personally when people on her side of the political spectrum attack Barron.

The former First Daughter insisted that it was not fair to attack a child, and that she would “stand on the barricade” for his right to privacy.

Chelsea said: “I do take it personally when people attack Sasha and Malia Obama, and even Barron Trump. 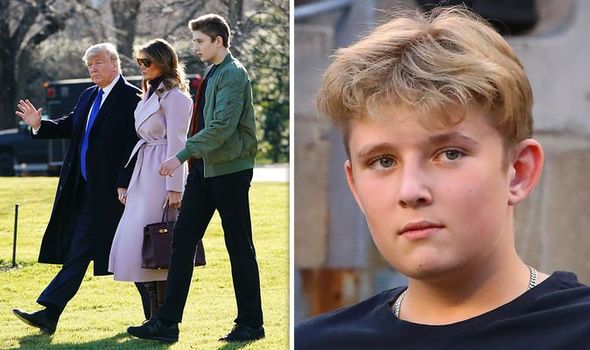 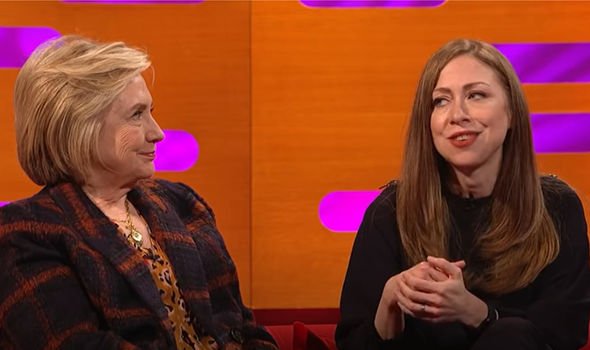 “And I just find it abhorrent that people who are arguably on the same side of the political spectrum as I am think it’s OK to make whatever point they’re trying to make about his father through making fun of his kid.

TV chat show host Graham Norton recalled how it had been “open season” on Chelsea Clinton jokes back in the Nineties when she was thrown into the spotlight.

People would mock her on mainstream media, including on the TV and radio, for her appearance and perceived awkwardness. 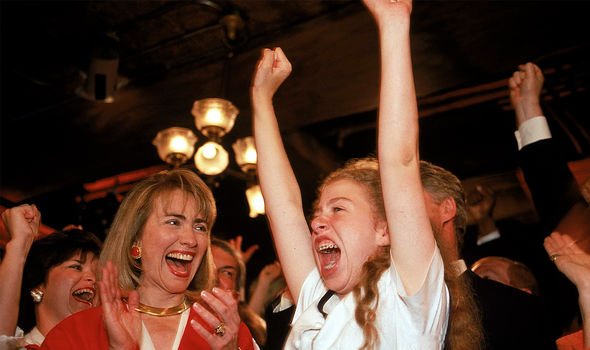 Graham asked her whether she had been protected from that and she responded that it was not really possible to shield her from it.

This is partly because she read the newspapers, which would report what had been said, and other children at school would parrot what they had heard back to her.

Chelsea said: “It was a bit disorientating, because it was sort of everyone.

“And yet, thankfully, I knew it was totally bonkers that these adults were making fun of a kid. 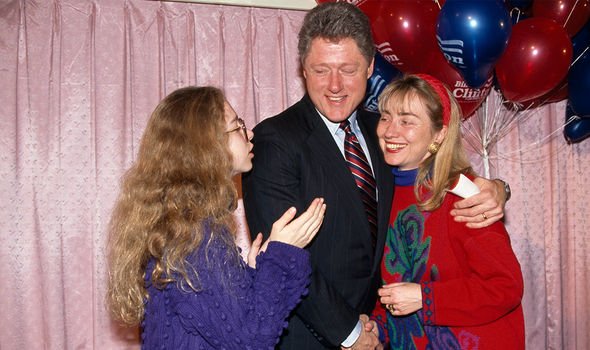 “Like, what had not gone right for them when they were 11 or 12 that they thought it was acceptable to make fun of a little girl, basically, because they thought I was awkward or because of my braces or my frizzy hair or because I said ‘like’ too many times, or whatever these things were, that they felt justified in mocking me in front of millions of people?

“And I’m really thankful to my mum because I knew it was just not about me, it was all about them.”

Hillary agreed with her daughter, branding the mockery “bizarre”.

She added: “There are plenty of reasons that these people in shows could criticise Bill or me or anything about his politics, that’s totally fair game, but why pick on a child?

“And it hurt me a lot, but it also bewildered me – I couldn’t understand it.

“Because politics is a brutal sport, a contact sport and all that, so when you get into it, you know you’re going to get battered and bruised a little bit by what people say about you and how they characterise you, but think kids should be off limits.”

Graham added that, while mainstream shows such as his on the BBC would be unlikely to engage in this behaviour in 2020, it is arguably worse now because of the advent of social media.

On social media, anyone can say anything nasty they want in an almost completely unregulated environment, which is tough for children in the spotlight.

What to Cook Right Now