Banksy’s new artwork shows US flag set alight by a candle as part of memorial to anonymous, black, silhouetted figure. 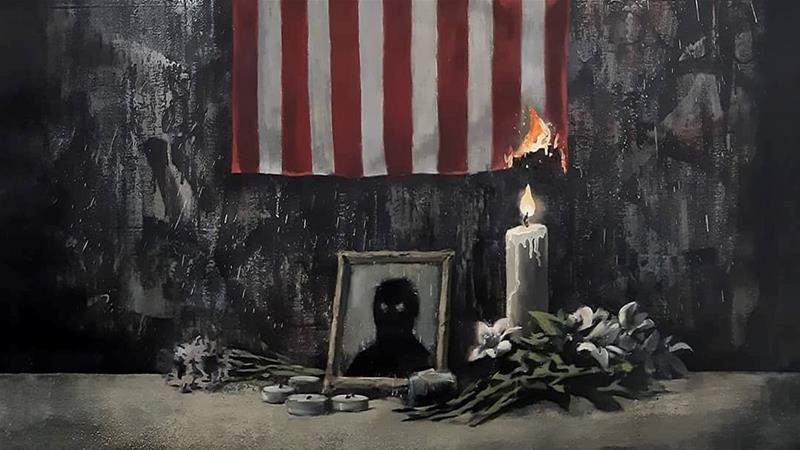 British artist Banksy showed his support for the Black Lives Matter movement with a painting he posted to his Instagram account on Saturday portraying a candle vigil under a United States flag.

In the post, the secretive artist, who rose to fame for his graffiti, writes that the system is failing people of colour, and it is the responsibility of white people to fix the system, not theirs.

Banksy likened racism to a broken pipe flooding a downstairs apartment, and said the downstairs occupants would be entitled to break into the apartment upstairs to fix the problem.

“This is a white problem,” he said in his caption. “If white people don’t fix it, someone will have to come upstairs and kick the door in,” he added in the Instagram post.

The painting shows a black silhouette in a picture frame surrounded by candles, one of which has lit the edge of the flag on fire. 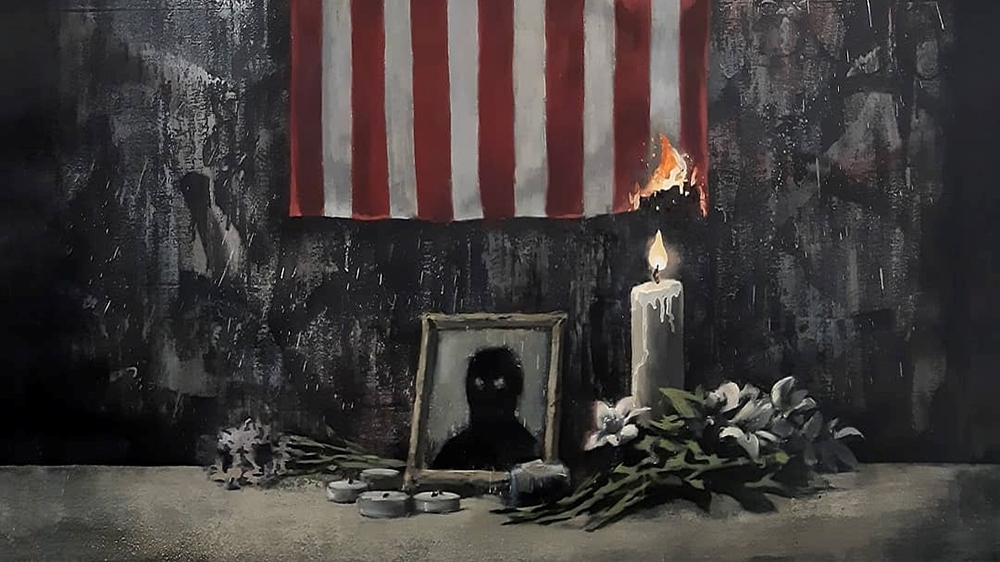 The post was liked by more than 2 million people as of Saturday night. According to the British news agency Press Association, an anti-racism demonstration is planned in Banksy’s hometown of Bristol on Sunday, with about 4,000 people expected to take part.

Anti-racist protests have taken place across the world in response to the killing of George Floyd, a Black man, at the hands of white police officers in the midwestern US city of Minneapolis last month.

Banksy frequently chooses topical themes for his artworks, which are normally stencilled on walls.

Last month, he showed a young boy choosing a nurse as the superhero he wants to play with over Batman and Spiderman, in a new artwork to encapsulate the gratitude Britons have felt towards the country’s National Health Service during the coronavirus crisis.