European Commission announces measures to support members states in the fight against the rapidly spreading coronavirus. 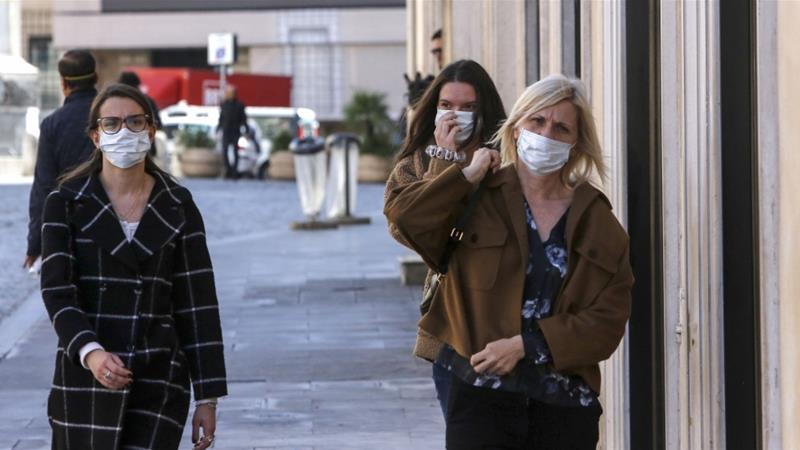 Geneva, Switzerland – The European Union has taken extraordinary measures to help member states address the COVID-19 emergency as the World Health Organization (WHO) announced Europe has become the centre of the pandemic.

European Commission President Ursula von der Leyen said on Friday the bloc would ease fiscal rules and redirect budget funds to allow member states to invest in their economies and health sectors as well as address the sanitary emergency.

“But each member state needs to live up to its full responsibility and the EU as a whole needs to be determined, coordinated and united,” she added.

The Commission launched the Coronavirus Response Investment Initiative, directing some 37 billion euros ($41bn) of structural funds to help affected sectors. Another one billion euros ($1.1bn) will be offered as a guarantee to the European Investment Fund to incentivise banks to direct eight billion euros ($8.9bn) to support 100,000 small and medium enterprises which are being crippled under restrictive measures issued to contain the outbreak.

However, European countries are far from implementing the “coordinated and united” response to the new coronavirus which the commission has called for.

Most European countries have reacted tardily and erratically, each implementing different health protocols and measures to protect their citizens in different time frames.

On Friday, the WHO said Europe was now the “epicentre” of the coronavirus infection with almost 30,000 cases, more than China – where the virus was first detected late last year – at the peak of the outbreak.

This came two days after WHO chief Tedros Adhanom Ghebreyesus declared the coronavirus outbreak a pandemic but said that did not change the agency’s assessment of the threat of the virus or the actions countries should implement.

“We have called every day for countries to take urgent and aggressive action,” he said. “We have rung the alarm bell loud and clear.”

But only this week on the heels of Italy, other European countries have finally imposed some restrictive measures on their citizens.

Italy, the hardest-hit country, has imposed a nationwide lockdown as part of a series of sweeping measures aimed to curb the outbreak.

Only essential state services are guaranteed, as well as business and industrial sectors, such as the medical, pharmaceutical and agricultural production, heavy industry and food distribution chains.

On Friday, Italy registered a total of 14,955 cases and 1,266 deaths, although health authorities say the majority of the deceased had previous health conditions which were complicated by the coronavirus.

The country has been conducting blanket tests – about 60,000 so far, more than any other country in Europe – a measure that has certainly contributed to its ranking as the most affected in the West, said Walter Ricciardi, a WHO member and health adviser to the Italian government.

Elsewhere, Spain – the second most-hit European country, with 120 deaths and more than 4,200 positive cases – declared on Friday a state of emeregency to help combat the coronavirus.

The measure allows the government to limit people’s movement and travel, mobilise the army as well as seize and ration resources and goods if necessary.

Spanish Prime Minister Pedro Sanchez said he could not rule out that cases may reach more than 10,000 in a few days.

In France, which on Friday had registered 3,661 confirmed cases of COVID-19 and 79 deaths, President Emmanuel Macron announced a series of stringent measures, including the closure of all schools and educational establishments until further notice

In a speech to the nation, he also encouraged people and companies to limit travel and implement teleworking solutions, saying France is “just at the beginning of the emergency”.

While Macron did not announce a nationwide quarantine, movement restrictions were implemented in at least 10 regions considered clusters for contagion.

But Jerome Salomon, director general of health, said on Thursday France should “prepare for an Italy-like scenario”, citing data that showed the situation in the country being the same as Europe’s worst-hit nation just eight days ago. 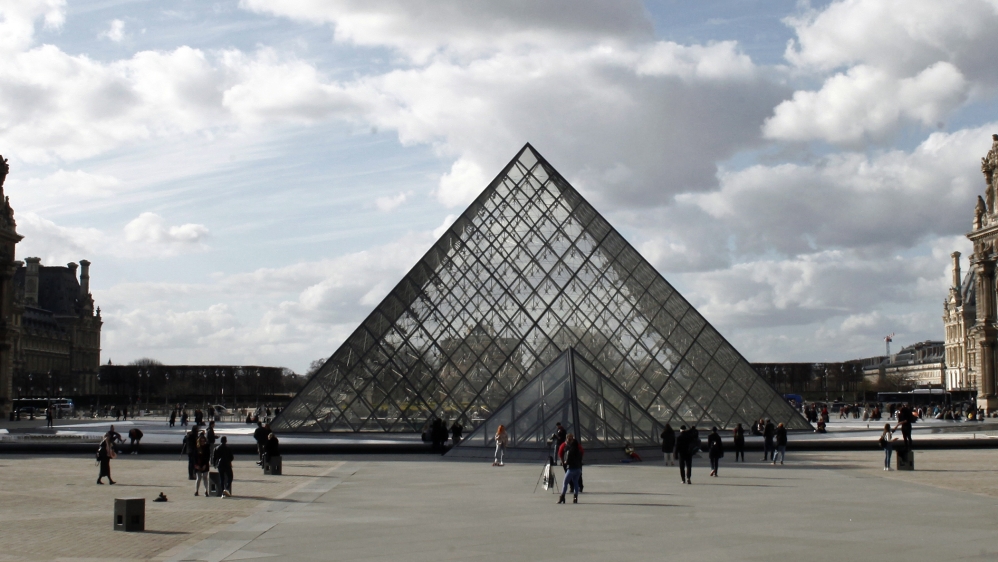 By Friday, 13 out of 16 German states had announced that schools would remain shut until April 20.

Like France, Germany has not imposed a ban on movement, but has issued recommendations to the public to avoid travel and limit social contact as much as possible. The country has also banned gatherings of more than 1,000 people.

Despite the situation in Italy, countries in the rest of Europe have reacted to the emergency only when positive cases have skyrocketed and the rate of contagion was beyond control, experts say, noting that most have failed to implement preventive policies when they would have been most effective but difficult to justify to the public’s opinion.

Another apparent problem with the European response is that measures are being implemented with various degrees of severity at different times – and this may jeopardise the overall containment effort.

But neither the WHO nor the EU, with its European Centre for Disease Prevention and Control, has the authority to impose measures on member states.

“We are aware that the response is different from country to country, but we cannot impose any set of measures on anyone,” WHO spokesman Tarik Jasarevic told Al Jazeera.

“The WHO can provide scientific evidence and technical advice, but cannot tell countries what to do. We don’t have that mandate,” he said. Italy, the country most hit by the virus, has placed its entire territory under lockdown. [Riccardo De Luca/Anadolu]

The agency has been recommending testing and tracking positive cases as an “essential measure” to break the chain of transmission, Jasarevic said.

Yet, Switzerland, which hosts the WHO and shares borders with highly contagious areas such as Lombardy in Italy and Haute Savoie in France, is denying testing to patients with coronavirus-like symptoms, unless they belong to “risk categories”.

“We tell people if they have symptoms they should stay at home,” said Daniel Koch, head of Switzerland’s Communicable Diseases Division, during a televised press conference on Friday.

“We do not want to overload our health system,” he said.

On Friday, the country announced limitations to public gatherings with more than 100 people and the closure of schools until the end of April.

As a result, panic ensued and people flocked to supermarkets to stockpile provisions.

But the confederation fell short of imposing any travel bans on expatriate workers, wary that its economy would be unable to survive without foreign manpower.

About 325,000 workers from France, Germany and Italy commute to their jobs in Switzerland every day from regions that are now highly infected.

On Friday, the Swiss Federal Council announced a suspension of Schengen only for tourists from Italy.

Similar measures were taken by Austria this week, which reintroduced border checks without informing the EU or the Italian authorities.

Trailers and lorries carrying all kinds of goods formed queues up to 100km (62 miles) at the Brennero checkpoint, a major commercial route between the two countries.

Just hours later, Austria announced the presence of two areas of contagion and closed its schools and shops. 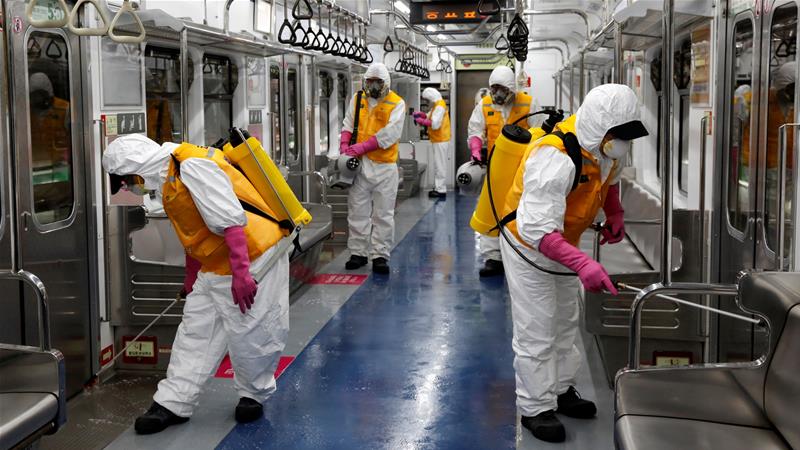 Coronavirus: Is it too late to stop it?