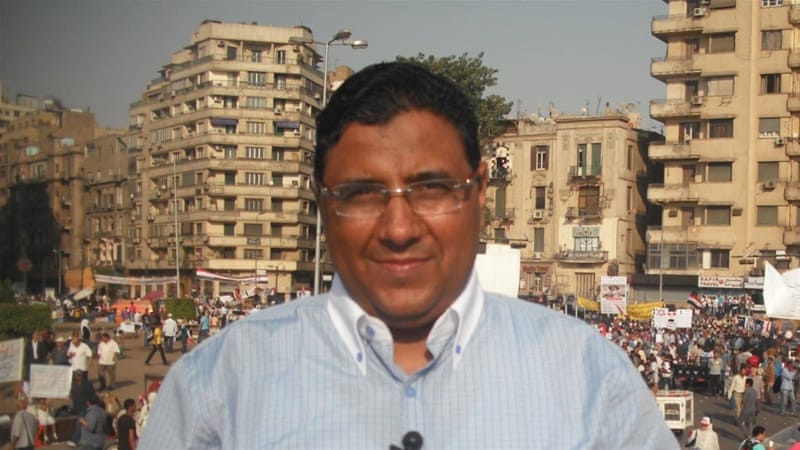 Al Jazeera has called on the Egyptian government to release Mahmoud Hussein, an Al Jazeera journalist held in Egypt for more than three years, citing deep concerns about his health amid the coronavirus outbreak.

The Qatar-based network on Wednesday urged authorities in Egypt to immediately release Hussein and other detained journalists.

Overcrowded Egyptian prisons are notoriously known for unhygienic conditions, which can potentially lead to a rapid spread of the coronavirus among prisoners, Al Jazeera’s management said in a statement.

“It is unacceptable that Mahmoud has been held by the Egyptian authorities for nearly 1,200 days for merely being a journalist with baseless accusations and trumped-up charges,” the acting director-general of Al Jazeera Media Network, Mostefa Souag, said.

“Under current circumstances, with the spread of the coronavirus and the health hazards associated with it, Mahmoud and other journalists are exposed to extreme risks,” Souag added.

He added that Al Jazeera would hold the Egyptian government fully responsible for the journalists’ wellbeing and safety.

“It’s scandalous that these detained journalists are subjected to such inhumane conditions,” he said. “We strongly urge the Egyptian authorities release Mahmoud and all other imprisoned journalists immediately.”

The network further urged “all journalists, human rights advocates and people of conscience” to stand with Hussein and other imprisoned reporters, “to express their solidarity through all available means and demand their immediate freedom, allowing them to reunite with their families and loved ones at this critical juncture”.

“We cannot and will not remain silent in the face of this abhorrent injustice that our colleagues remain to endure,” the network stated.

Hussein, an Egyptian national, was arrested shortly after his arrival in Egypt December 20, 2016, while on a personal visit. He has not been officially charged.

In May 2019, an Egyptian court rejected an order by the state prosecutor to release him. Authorities opened a new investigation against him with unspecified charges and returned him to prison.

Woman, 26, ‘coughed and spat at police who came to shut down house party’