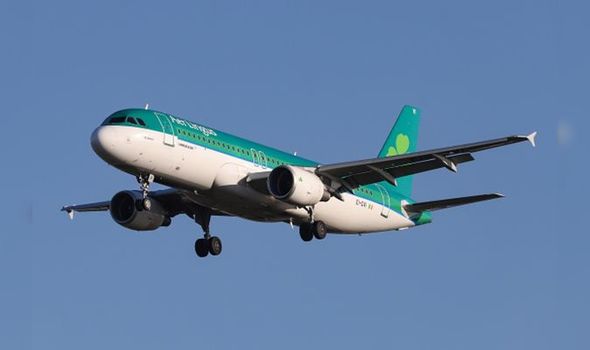 The Irish Government is spending more than £180m (€200m) euro on PPE from China to help fight the coronavirus outbreak. The Aer Lingus Airbus A330 is scheduled to touch down at Dublin Airport shortly after 3pm on Sunday. It is the first of a series of flights the Irish carrier will make to bring consignments of personal protective equipment (PPE) from Beijing.

Ten more trips are planned in the coming days.

The crew, which was not allowed to disembark in China, volunteered to take part in the PPE collection missions

Ireland has increased its normal 15 million euro annual outlay on PPE to 225 million to cope with the demand due to Covid-19.

The Northern Ireland Executive is also securing PPE from China as part of a joint order with Ireland’s Health Service Executive (HSE).

The first flight has attracted much public attention, with officials from both China and Ireland providing regular Twitter updates on its progress.

“We are doing everything that is humanly possible to secure as much personal protective equipment as we can,” he said.

“There is a shortage of personal protective equipment right throughout the world.”

How Indian and Chinese media reported the deadly Ladakh clash