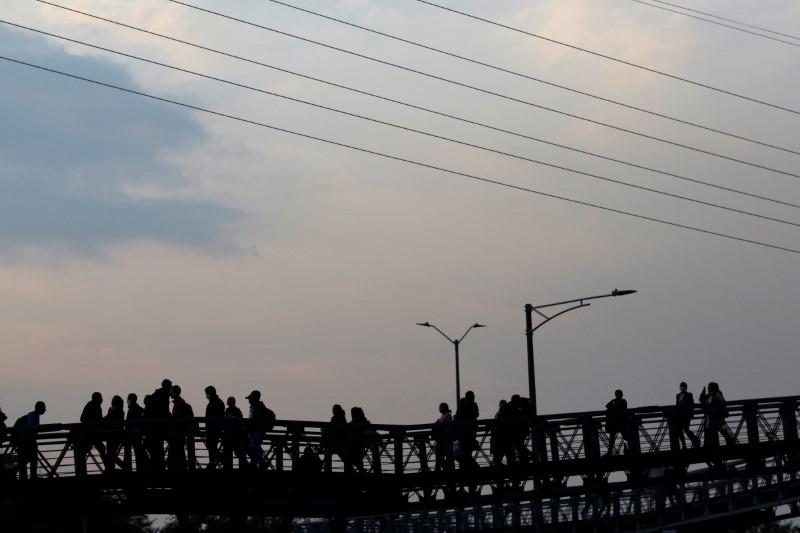 Governments around the world have declared quarantines or ordered people to stay indoors as much as possible to stem the virus, which has killed more than 10,000 people worldwide.

In the Andean city of more than 7 million, the “obligatory simulation” of mass isolation took effect at midnight on Friday and was set to run through the end of Monday, a holiday in Colombia.

The quiet streets were jarring.

“I’ve never in my life seen Bogota like this,” said Blanca Cecilia Hernandez, 66, on her way to a medical appointment. “An obligatory quarantine would be harmful to many – I have children who need to go out to work to support their families.”

Colombia’s national government will block incoming international flights from Monday and has ordered people aged 70 and over to stay in until the end of May. The government has closed terrestrial borders along with schools and bars.

During Bogota’s four-day drill, workers at supermarkets, pharmacies, airports, public transport and medical centers, among others, are free to move around, but private cars are banned.

Caregivers for the elderly and disabled and delivery personnel were also allowed out. Pet owners were authorized to take animals outside for 20 minutes and one person per family can leave to purchase supplies.

The long-distance bus terminal was receiving arrivals but no buses will leave. Airline passengers are required to carry proof of their journey, the office of Bogota Mayor Claudia Lopez said.

“Sooner rather than later we will have to do an obligatory quarantine and since we’ve never done one it’s important that during these four days we learn how,” Lopez said in a video on Twitter.

So far 145 people in Colombia have confirmed coronavirus infections. Most had recently traveled in Europe. No deaths related to the virus have been confirmed.

A few commuters were still heading to work early on Friday – dressed for an epidemic and ready for more extreme measures.

“I think they are measures we have to have not just for the short-term but for the medium-term, given the critical situation in countries like Spain and France,” said mask and glove-clad Felipe Prieto, a security company supervisor.

“The few of us who can keep working need to sustain the economy,” he said. “If the cases keep going up we’ll need more extreme measures.”