The most important pizza goings-on across New York City. 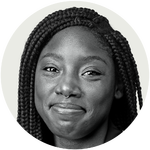 Every year, the president must deliver a State of the Union address to Congress, and by extension the American people. The New York City food equivalent might just be the State of Pizza — it’s our pastime, our passion, our favorite thing to debate after borough superiority.

So, what’s going on in arguably the greatest pizza city in the world? Well, pizza turned out to be pandemic-proof, as none of the city’s major players — L & B Spumoni Gardens, John’s Of Bleecker, Denino’s, Louie & Ernie’s Pizza, Lombardi’s, Totonno’s, Rizzo’s, Joe and Pat’s Pizzeria, Juliana’s — closed.

We did experience one loss with the passing of the pizza stalwart Dom DeMarco in March, but his shop, Di Fara, marches ever on in Midwood, Brooklyn, under the leadership of his daughter Margie. (New outposts have opened this year at the South Street Seaport and on Staten Island.) And the dollar slice came under threat because of inflation, though the seven locations of 99 Cent Fresh Pizza still managed to hold out. 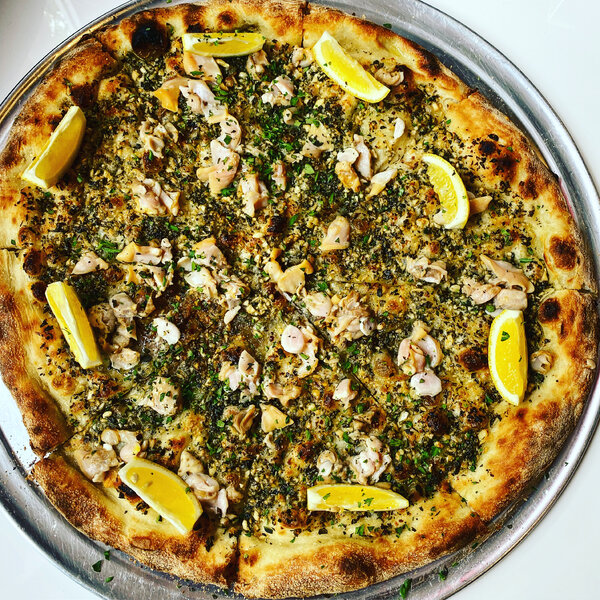 If you’re a clam-pie head like me, then strap on your boots because we’re heading to Bellucci’s Pizzeria in Astoria, Queens, where the chef Andrew Bellucci serves his order-48-hours-ahead, hand-shucked clam pizza.

Now I’m no critic — I’ll save that distinction for Pete Wells and Tejal Rao — but it's the very best clam pizza I’ve ever had. Each slice comes with its own lemon wedge, and there seem to be upward of 20 minced garlic cloves per pie. The cherrystone clams, delivered fresh from Connecticut, are served orange-pink, succulent and whole, yielding easily to every briny bite. Bellucci’s is also B.Y.O.B.: Our wine critic, Eric Asimov, recommends enjoying your pie with a dry white Italian wine, like verdicchio di matelica, trebbiano d’Abruzzo, pecorino or Etna bianco.

In Brooklyn, you no longer have to wait in line for a pie from the Lucali spinoff Baby Luc’s — since July 1, the Carroll Gardens pizzeria has been delivering via Uber Eats, though it will cost you a good chunk of change. And both Aromi (also in Carroll Gardens) and Brooklyn DOP in Park Slope look promising.

In South Williamsburg, Sean Feeney, an owner of Lilia and Misi, is giving pizza the branded treatment with an attractive forest-green color scheme and a TikTok account ready to go: @finipizza. You’ll find tomato, ‘nduja, white and Sicilian pies by the slice, as well as some very tasty ices in flavors like cherry, cantaloupe and coconut. I particularly enjoyed the pepperoni slice.

Manhattan has one distinction: Many of its new pizza happenings are occurring in fine-dining settings.

Pete called the pizza at Mel’s, from the former Del Posto chef Melissa Rodriguez, “not quite like anybody else’s,” with a crust that’s “crisper underneath, chewier and more flavorful.” Emmett’s on Grove and the more casual Ace’s are bravely repping regional pizza styles whose names I dare not utter here. And the chef Justin Smillie is running a pizza kitchen called Smillie Pizza out of Il Buco on Uber Eats. Say that three times fast.

Then there’s the second return of Una Pizza Napoletana, which has remained closed for the bulk of the pandemic. The owner and chef Anthony Mangieri has added a new pizza, the Cosacca, with San Marzano tomatoes, Pecorino Romano, basil and Sicilian sea salt, and switched out his tiramisù for sorbetto. All this is contained in a redone space that might be worth considering for any pizza-based holiday gatherings.

I hope you’ll let this State of Pizza guide you in the year ahead, just as the president lays out his or her agenda for the next legislative session. My agenda for today, tomorrow and forever is pizza.

A very quick thank you to Becky Hughes and Tanya Sichynsky for covering for me. I have a vacation coming up this fall, so let me know if there’s a particular member of the Food staff you’d like to hear from by emailing me at [email protected] Thanks for reading Where to Eat, and see you next week!

Out of the ashes of Racines NY, a haven for wine nerds, rises Chambers, which Pete Wells writes is still a great place for wine but also for seasonal fine dining.

Openings: The Porch, a new restaurant in Harlem’s Sugar Hill neighborhood, has live jazz and a mix of barbecue and Cajun cooking; Koloman, an Austrian-influenced restaurant from the chef Markus Glocker opens in the old Breslin space this Thursday; and the much-buzzed-about Pecking House is now slinging salted egg yolk fried chicken on Flatbush Avenue in Brooklyn.

The third-generation owner of the storied butcher shop Schaller & Weber will open Jeremy’s, a Vienna-inspired cocktail bar, near the corner of 86th Street and Second Avenue on the Upper East Side, Robert Simonson reports. The chef behind Café Sabarsky will choose the food.

Still hoping to attend The New York Times Food Festival? Add your name to the wait-list and be among the first to know when more tickets are released.

Iran says nuclear work will not be hurt by end of U.S. sanctions waivers