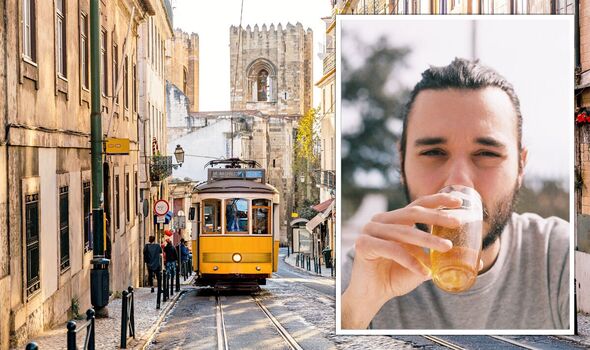 Many British expats in Portugal choose to live in the southern Algarve region. Many immigrants love the country’s good weather and relatively low cost of living.

The InterNations Expat Insider survey asks expats around the globe to rate their home based on several important factors.

While expats found lots to love about Portugal, there were a few things that could make life more difficult.

An expat said: “Dealing with the Government bureaucracy is a significant challenge and a paperwork nightmare at times.”

More than half of the expats surveyed found it hard to deal with local authorities and a quarter were unhappy with Government services online.

Expats will usually have to deal with quite a lot of paperwork when they first relocate to a new country.

From healthcare to banking and visas, expats normally have to complete a lot of paperwork to be fully registered for life in Portugal.

While expats thought that the cost of living in Portugal was affordable, many were unhappy with their salaries.

Just over 60 percent of expats were satisfied with their financial situation, around the global average.

More than one in five rated the country’s economy poorly and almost 40 percent were unhappy with the job market.

Almost 30 percent of expats thought that moving to Portugal had worsened their career prospects.

Portugal came near the bottom of the table on career opportunities, with just Cyprus, Greece, New Zealand and the Philippines performing worse.

Around a quarter of the expats surveyed in Portugal thought they weren’t paid fairly for their work based on their industry and qualifications.

However, the majority of expats felt it was easy to feel settled in Portugal and felt that the people were friendly.

Over 80 percent of expats in Portugal described the local people as friendly and over half thought it was easy to make local friends.

An expat said: “I enjoy the beauty of the country and the relaxed way of life of the Portuguese people and their kindness.”

Almost 80 percent of expats surveyed said they felt at home in Portugal with just under half saying they intended to stay in Portugal forever.

Expats also felt that Portugal was a safe country and almost 95 percent found it easy to get around on foot or by bike.

Over 80 percent of expats also said they felt they could express themselves openly in Portugal.

One expat said they loved the “good environment and peaceful life” while another said the people were “friendly and open”.

Top expat destinations in Portugal include the capital Lisbon, northern city of Porto and the coastal Algarve.

Discovering the Forest of Bowland, a hikers' and cyclists' paradise