Is it possible to book a week in the sun this autumn for £300 or less, with flights? Yes it is! Here we reveal bargain deals for the Algarve, the Canary Islands, Malta and more…

Every week our Holiday Hero Neil Simpson takes an in-depth look at a brilliant holiday topic, doing all the legwork so you don’t have to. This week: bargain getaways for the autumn.

It could be the most enjoyable challenge of the cost-of-living crisis: finding a week in the sun for £300 per person or less.

First to pass the test is Thomas Cook, reborn as an online travel agent with its long-running ‘Don’t just book it, Thomas Cook it’ slogan. Its low-cost, last-minute deals coming in below our price point include holidays to Malta, the Algarve, Crete and Rhodes. 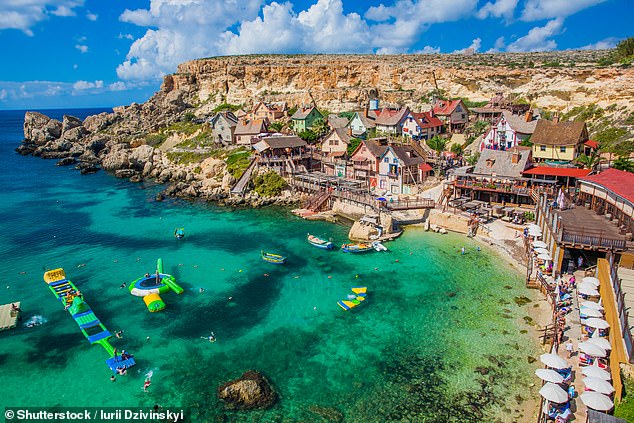 It could be the most enjoyable challenge of the cost-of-living crisis: finding a week in the sun for £300 per person or less. Tui has seven nights’ B&B at a hotel with a spa near Mellieha Bay (above) in Malta from £299pp

Many of its best autumn deals are in Malta, where October temperatures average 25C (77F).

Check in for a week in a self-catering apartment at the Luna Holiday Complex to swim in the rooftop ‘sky pool’, stroll along the nearby beach and enjoy sunset views across the Med from the hotel bar and restaurants.

If you are ready to travel at the end of the month, seven-night, self-catering packages, including flights from airports including Liverpool, start at £187pp (thomascook.com).

Malta offers an even more enticing prospect for bargain-hunters: weeks in hotels with spas for under £300pp. That’s one of Tui’s best deals at the Labranda Riviera Hotel & Spa near the blue flag beaches of Mellieha Bay. Beauty treatments and massages can be booked in the spa (paid for locally) and there’s also a sauna, gym, indoor pool and yoga zone. All rooms have a balcony and it’s a short boat ride from the Blue Lagoon on the nearby island of Comino.

Get flights from Gatwick, transfers and seven nights’ B&B including breakfast in late November from £299pp (tui.co.uk, or in high street branches).

Autumn promises equally fine weather on Portugal’s Algarve with average temperatures that can still hit 23C (73F). Jet2 Holidays has packages at the Auramar Beach Resort, where the main pool sits on a rocky outcrop overlooking the Atlantic Ocean. There’s also an indoor pool if the weather turns.

Step out of the hotel gardens and you’re on the long Aveiros beach where there’s a free daily shuttle to Albufeira Old Town. 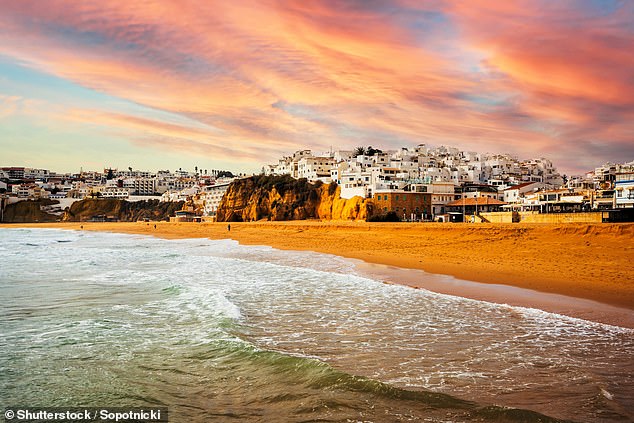 Jet2 Holidays has packages at the Auramar Beach Resort. Step out of the hotel gardens and you’re on the long Aveiros beach where there’s a free daily shuttle to Albufeira Old Town (above)

Get flights from regional airports including Newcastle, plus transfers and seven nights’ B&B with breakfast from £299pp (jet2holidays.com).

Another family-friendly option on the Algarve is the beachside, low-rise Clube Alvoferias apartments with a kids’ splash pool and play area near the main pool. There’s a supermarket on site (apartments have well-equipped kitchenettes) or plenty of places to eat in nearby Alvor, where there’s also a ruined castle and boardwalk through the wetlands and lagoons of a nature reserve.

Flights from airports such as Bristol, plus transfers and seven nights with breakfast from £293pp this month with easyJet (easyjet.com/holidays). 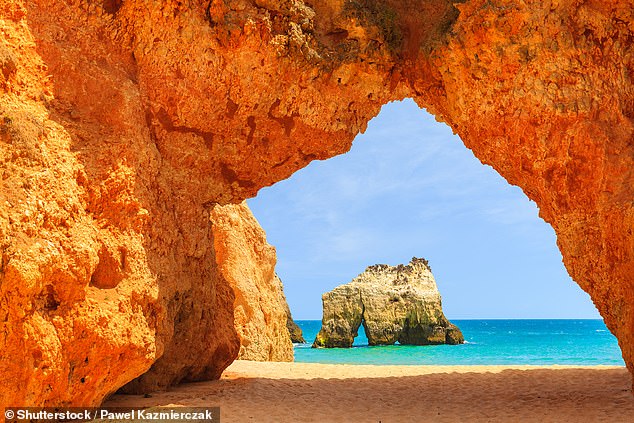 For a family-friendly option, consider Clube Alvoferias apartments near the seaside resort of Alvor (pictured). EasyJet offers seven nights with breakfast from £293pp

Spain and the Spanish islands also offer plenty of last-minute deals for £300pp or less. Get British Airways flights from Gatwick to Malaga, plus a seven-night stay close to the glitz, designer shopping and super-yachts of Puerto Banus at the Los Amigos Beach Club from just £229pp in November.

Or fly south to the Canary Islands for even warmer temperatures and drier, sunnier days right through autumn and winter.

At the Sol Puerto de la Cruz hotel in Tenerife, rooms have views of either the sea, or volcanic Mount Teide. Get flights and seven nights from £299pp in December, when average temperatures are about 21C (70F) (britishairways.com/spain). 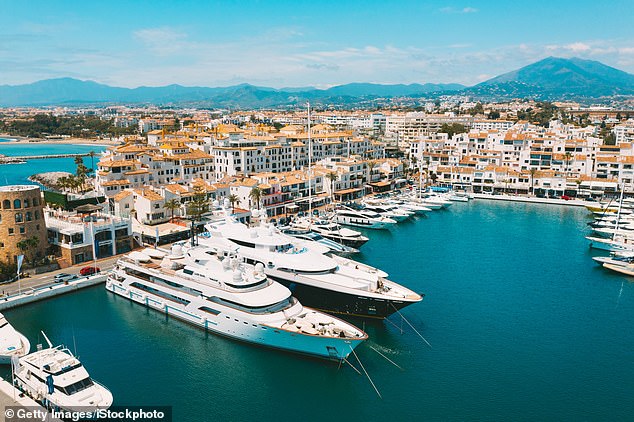 Shipshape: BA has a seven-night stay at Spain’s Los Amigos Beach Club from £229pp. The resort is located close to the designer shopping and super-yachts of Puerto Banus (above)

Reader success story: How this newbie booked a dream trip to Hawaii with one card bonus