KABUL/PESHAWAR, Pakistan (Reuters) – The Taliban declined on Saturday to begin talks with the Afghan government’s new negotiating team in a setback to the U.S.-brokered peace process for one of the world’s longest-running conflicts. 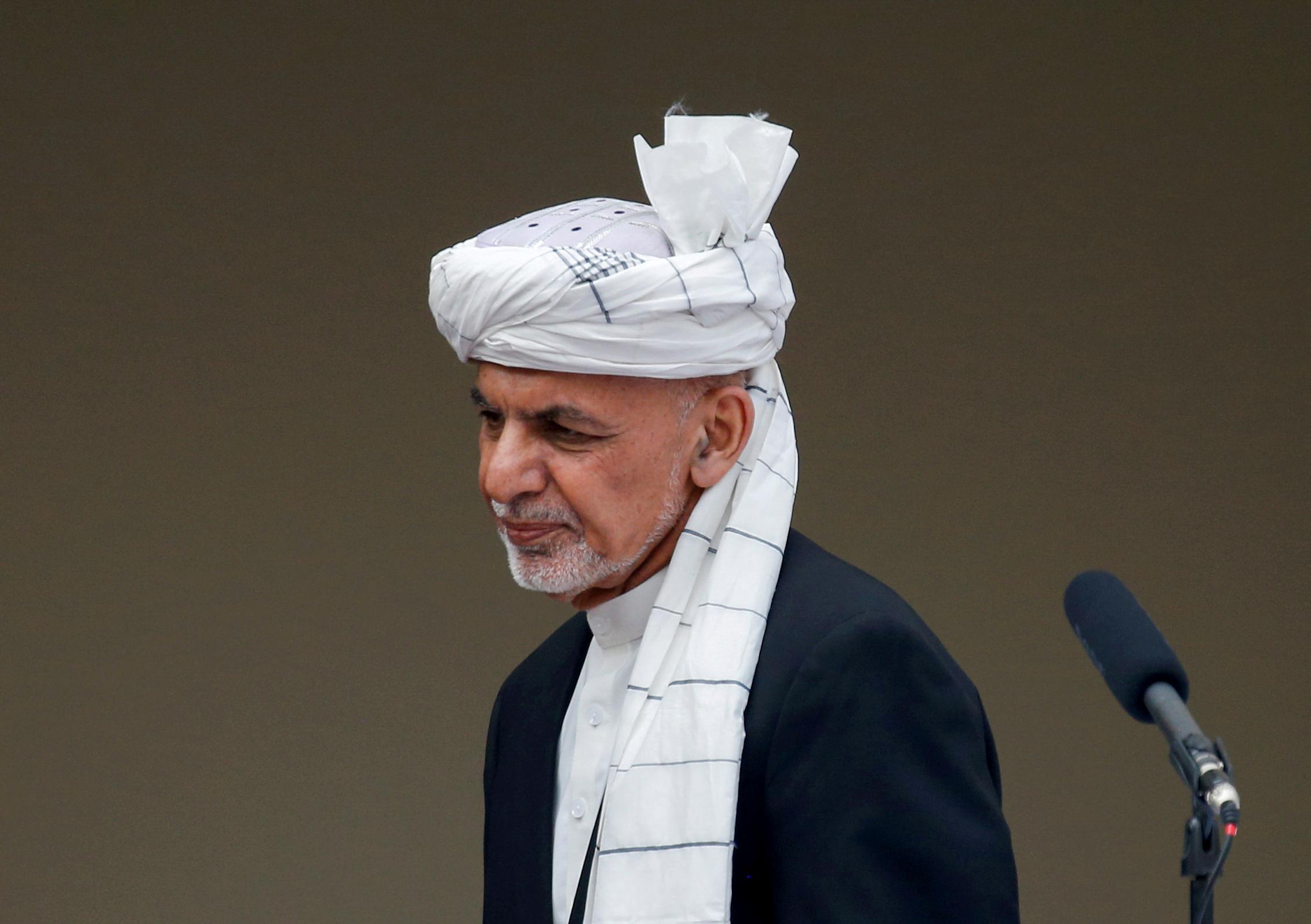 Spokesman Zabihullah Mujahid said the militants could not talk to the 21-member team named on Thursday as it was not constituted taking into account all parties.

The team is headed by Masoom Stanekzai, an ex-security chief and supporter of President Ashraf Ghani, and includes politicians, former officials and representatives of civil society. Five members are women.

“In order to reach true and lasting peace, the aforementioned team must be agreed upon by all effective Afghan sides so that it can represent all sides,” said Mujahid.

The United States, which ousted the Taliban from power in 2001, signed a troop withdrawal deal with the group in February.

But progress on moving to talks between the militants and the Afghan government has been delayed by a feud between Afghan politicians, and disagreement between the Taliban and the government prisoner releases and a possible ceasefire.

Afghan ministry of peace affairs spokeswoman Najia Anwari said the Taliban’s stance was unjustified as the negotiating team was made after wide consultations among Afghan society.

Ghani’s political rival Abdullah Abdullah has not confirmed whether he will support the delegation, potentially important given his camp’s strong influence in the north and west.

Abdullah’s spokesman Fraidoon Khwazoon said that though the announced list was not final and there were “considerations that needed to be addressed”, it should not be rejected outright.

The U.S. Embassy did not immediately respond to requests for comment on Saturday.

U.S. Secretary of State Mike Pompeo failed to mediate between Abdullah and Ghana to create an “inclusive” government during a visit to Kabul on Monday, and announced a $1 billion cut in U.S. aid to Afghanistan, which he said could be reversed.

Group’s spokesman says the team announced by the government late on Thursday does not include ‘all Afghan factions’. 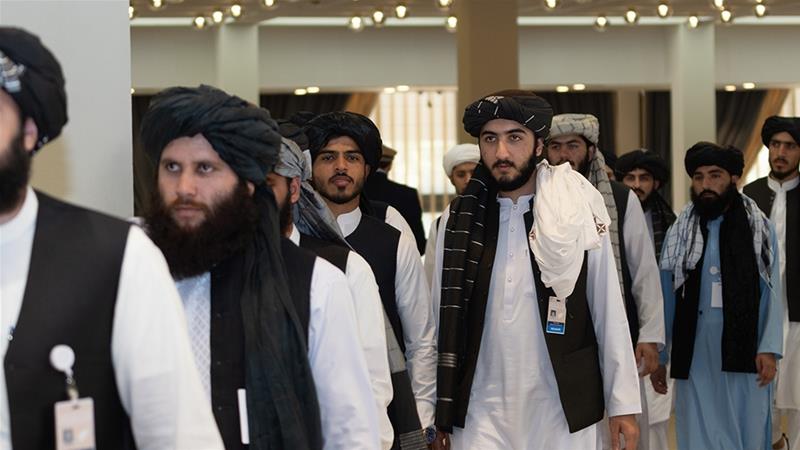 The Taliban has refused to negotiate with a team announced by the Afghan government, the armed group’s spokesman has said, in a potential setback to the next steps in the United States-brokered peace process.

Taliban spokesman Zabihullah Mujahid said on Saturday the group will not negotiate with the 21-member team as it was not selected in a way that included “all Afghan factions”.

On Thursday, the Afghan government’s Ministry of Peace Affairs announced the team, with US special envoy Zalmay Khalilzad praising the move as “inclusive”.

The US signed a troop withdrawal deal with the Taliban in February. But progress on moving to negotiations between the group and the Afghan government has been delayed by a feud among Afghan politicians.

Negotiations have also been delayed due to a disagreement between the Taliban and the government over the release of prisoners and a possible ceasefire as preconditions for further talks.

Mujahid said the fact that the team was announced by the Afghan government “violated” its agreement with the US and that not all sides had agreed to the team.

“In order to reach true and lasting peace, the aforementioned team must be agreed upon by all effective Afghan sides so that it can represent all sides,” he said.

In response, Najia Anwari, spokeswoman for the Ministry of Peace Affairs, said: “This team was made after wide consultation with different layers of the Afghan society.”

Ghani’s political rival Abdullah Abdullah has not yet confirmed whether he will support the delegation, a move diplomats say would be important given Abdullah’s strong influence in the country’s north and west.

Abdullah’s spokesman on Friday declined to confirm or deny whether he would support the team. Both the spokesman and the US embassy did not immediately respond to requests for comment on Saturday.

Both Ghani and Abdullah claim to be Afghanistan‘s rightful leader after disputed September elections.

US Secretary of State Mike Pompeo failed to mediate between the two leaders to create an “inclusive” government during a daylong visit to Kabul on Monday.

Following his failure in breaking the political deadlock, Pompeo announced a $1bn cut in aid to Afghanistan, which he said could be reversed.

A lone Islamic State gunman rampaged through a Sikh house of worship in the heart of the Afghan capital Wednesday, killing 25 worshippers and wounding eight, Afghanistan’s Interior Ministry said.

The gunman held many worshippers hostage for several hours while Afghan special forces, helped by international troops, tried to clear the building. At least one of the dead was a child.

Within hours, the Islamic State group claimed responsibility for the attack.

DOHA/KABUL (Reuters) – U.S. Secretary of State Mike Pompeo on Monday announced a $1 billion cut in U.S. aid to Afghanistan after he failed to convince Afghan President Ashraf Ghani and his political foe to end a feud that has helped jeopardize a U.S.-led peace effort. 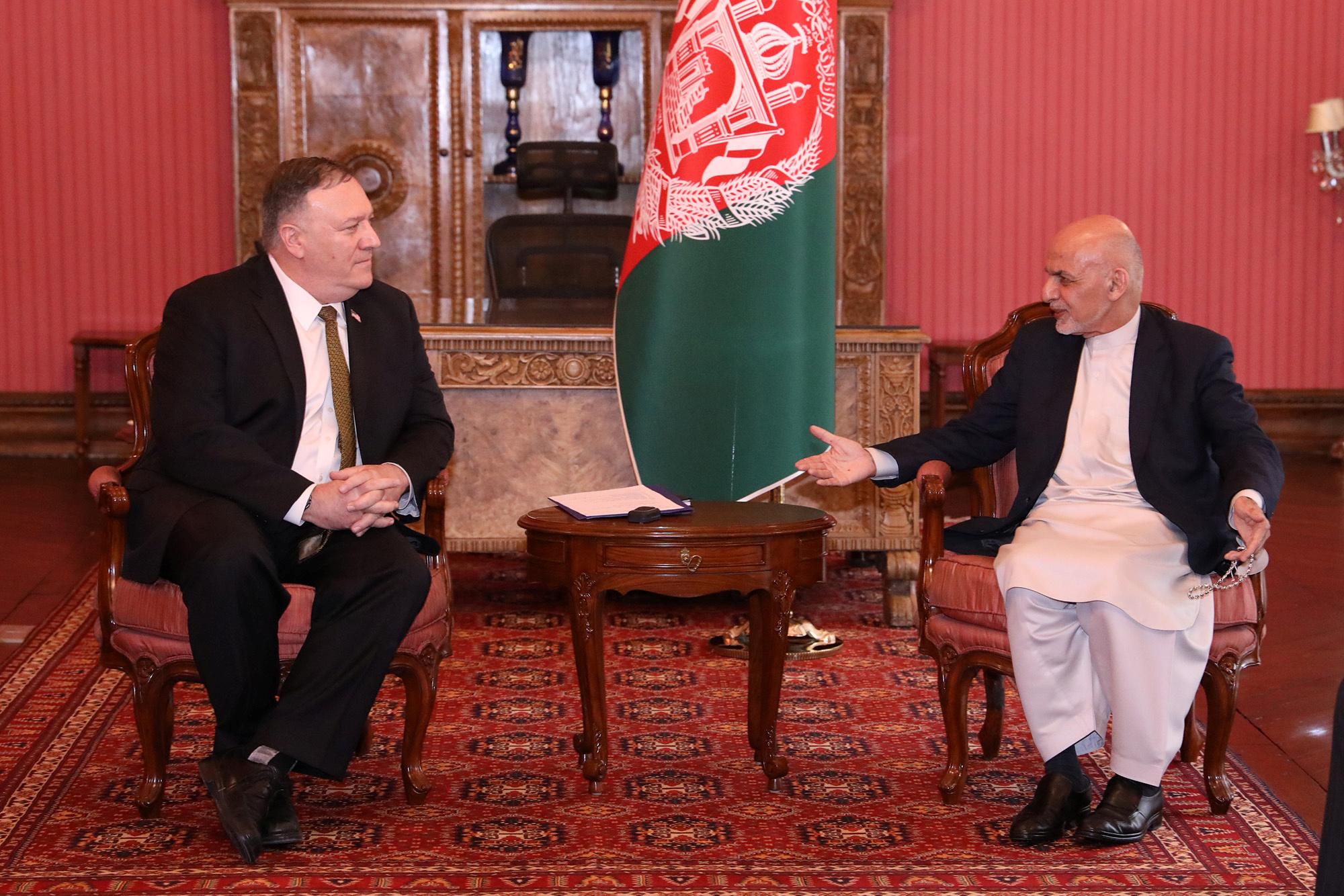 The United States also is prepared to cut 2021 assistance by the same amount and is conducting “a review of all of our programs and projects to identify additional reductions, and reconsider our pledges to future donor conferences for Afghanistan,” Pompeo said in a statement.

Pompeo’s statement came as he flew home from a fruitless day-long effort in Kabul to end competing claims to the presidency by Ghani and Abdullah Abdullah and win their agreement to form “an inclusive government.”

The harshly worded announcement at the end of the mission he undertook despite the spreading global coronavirus pandemic underscored how badly stalled the U.S.-led effort to end America’s longest war and decades of strife in Afghanistan has become.

The United States “deeply regrets” that Ghani and Abdullah were “unable to agree on an inclusive government,” said Pompeo, adding that “their failure has harmed U.S.-Afghan relations and, sadly, dishonors those Afghan, Americans, and Coalition partners who have sacrificed their lives and treasure.”

“We are today announcing a responsible adjustment to our spending in Afghanistan and immediately reducing assistance by $1 billion this year. We are prepared to reduce by another $1 billion in 2021,” he said. “We will also initiate a review of all of our programs and projects to identify additional reductions.”

On his way back to Washington, Pompeo landed at a military base in Qatar for a 75-minute meeting with Taliban officials, including their top negotiator, Mullah Baradar Akhund.

Speaking to reporters after departing Qatar, Pompeo declined to detail how the $1 billion in aid cuts would be apportioned or whether he set a deadline for Ghani and Abdullah, who had served as the country’s chief executive, to settle their dispute.

But he indicated that the aid cut could be cancelled if they came to an agreement.

“We are hopeful, frankly, that they will get their act together and we won’t have to do it. But we’re prepared to do that,” he said.

In the meantime, he said, the United States would continue backing Afghan security forces while continuing a phased “conditions-based” troop withdrawal as specified in a deal signed with the Taliban in Doha on Feb. 29.

He said that despite ongoing fighting, the Taliban largely have fulfilled a commitment to reduce violence and were working to form a team for intra-Afghan peace talks.

Pompeo’s mission came nearly a month after his last visit to Doha for the signing of the Feb. 29 deal with Taliban. Ghani’s government was not a party to the agreement.

The agreement was to have been followed by the opening by March 10 of negotiations on a political settlement to decades of strife between the insurgents and a delegation of Afghans that would include government officials.

But the process stalled over a Taliban demand for the release by Kabul of 5,000 prisoners and the feud between Ghani and Abdullah, both of whom claimed the presidency following a disputed September election marred by allegations of fraud.

While in Kabul, Pompeo met with Ghani and Abdullah, both separately and together.

Absent from the meetings was the chief U.S. negotiator, U.S. Special Representative Zalmay Khalilzad, an Afghan-born veteran diplomat. It was not immediately known why Khalilzad was not included.

A senior State Department official, speaking before the meetings ended, said the purpose of Pompeo’s visit was to try to mediate a solution between the two men.

“The fear is that unless this crisis gets resolved … soon, that could affect the peace process … our agreement with the Talibs could be put at risk,” the official said.

A spokesman for Ghani declined to comment, saying details of the meetings had not yet been released.

Omid Maisam, a spokesman for Abdullah, said that if there were more meetings a solution was “not impossible” and that they wanted a peaceful end to the crisis.

Khalilzad, who has spent much of his time in Kabul since the deal was signed, made a plea to both sides last week to act quickly on the release of prisoners. 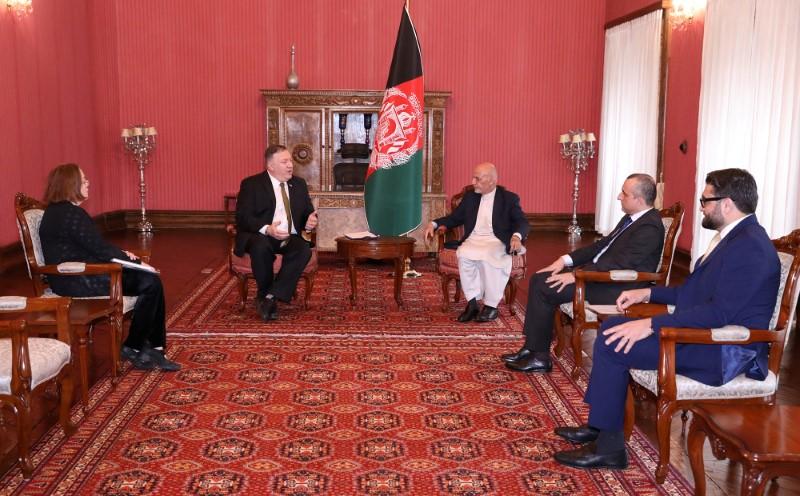 The Taliban and Afghan government spoke for more than two hours on prisoner releases on Sunday in a Skype call facilitated by the United States and Qatar, offering some hope of progress. But domestic politics have been a complicating factor.

In February, Afghanistan’s Electoral Commission announced incumbent Ghani as the winner of the presidential election, but Abdullah said he and his allies had won and insisted that he would form a government.

Key sticking points in recent weeks between the two men have included Abdullah’s desire to retain the role of chief executive, which he held in the previous government, and that his camp be given more ministerial roles than Ghani was offering, according to the diplomat and an aide to Abdullah.