Home » Sports » The U.S. soccer team bounced back with a ‘ruthless’ performance. 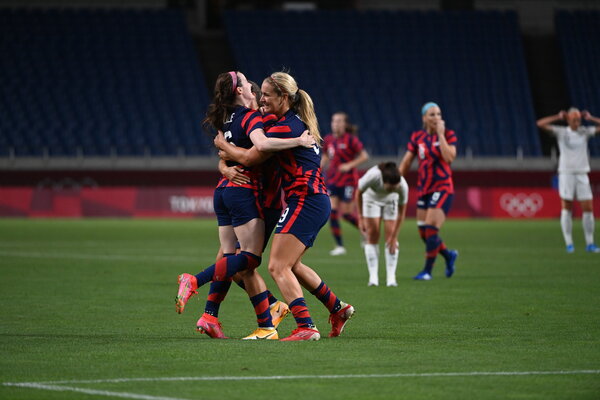 The loss of a single match, even the opening game of the Olympic tournament, was one thing. The lack of energy. The absence of purpose. The surrender of control — those were things a world champion like the United States women’s soccer team could never accept. That was what had to change.

“We don’t have a choice,” O’Hara made clear to her United States soccer teammates ahead of Saturday’s game against New Zealand. “We have to come out the next game and we have to be absolutely ruthless.”

Ruthless was a good description for the effort the United States turned in against New Zealand, a 6-1 thrashing that was the polar opposite of the Americans’ disastrous performance against Sweden only three nights earlier. Then, the United States had been dominated from start to finish. On Saturday, they were the ones delivering the beating.

Rose Lavelle and Lindsey Horan scored in the first half and the substitutes Christen Press and Alex Morgan added goals to two New Zealand own goals to complete what was, from a United States perspective, a welcome 180-degree turnaround.

The Americans were relentless from the opening minutes, pressing the attack, hunting for the ball in the rare moments when they lost possession and righting their ship in resounding fashion.

How big was the win? It could have been far worse if the United States hadn’t had four goals ruled out on offside calls in the first half.

Next up? A game against Australia in Kashima on Tuesday, and a chance to build some momentum ahead of the knockout rounds. Based on Saturday’s effort, that is a feeling the United States has regained in abundance.

With Injury, Justin Fields Is Taking a Big Risk for Ohio State