England’s footballers will be consulted over game’s return, while in Italy, a dispute over this year’s season draws on. 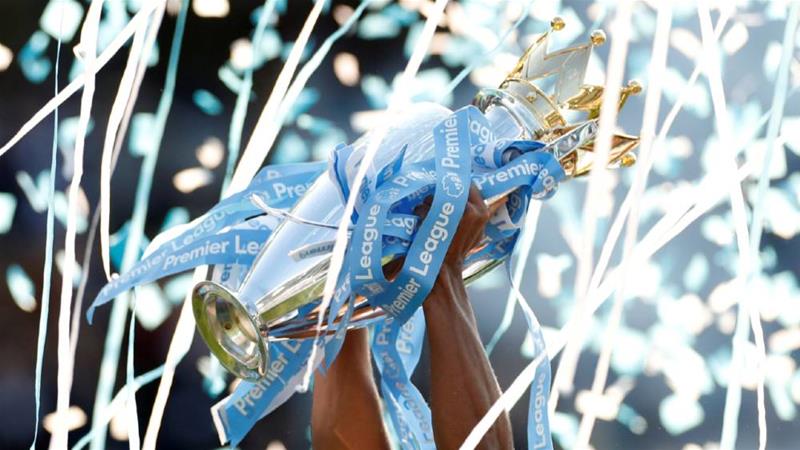 England’s top footballers must have their say on when the beautiful game will once again kick off, the Premier League has announced.

And while all clubs in the country’s top-flight agree the current season should be completed, no decisions are going to be made on any form of timetable before next week’s government announcement on a “road map” towards lifting lockdown.

The Premier League, on hold since March 9 due to the coronavirus pandemic, on Friday held a conference call of all 20 clubs and swapped ideas on possible plans for resuming training and an eventual return to playing matches.

“No decisions were taken at today’s shareholders’ meeting and clubs exchanged views on the information provided regarding Project Restart,” the Premier League said in a statement.

“It was agreed that the PFA (Professional Footballers’ Association), LMA (League Managers Association), players and managers are key to this process and will be further consulted.”

The cabinet minister responsible for sport, Culture Secretary Oliver Dowden, on Friday held the first formal meeting of a cross-sport body set up to examine the practicalities of resuming professional sport.

“I know [Britons] desperately want sport back on,” Dowden wrote on twitter. “We just kicked off the first of many detailed meetings to plan for a safe return of elite sport behind closed doors when, and only when, it is safe to do so on the basis of expert medical advice. Lots to consider, but today we step up planning.”

In Italy, which, as of Friday, was the only European nation with a higher coronavirus death toll than the United Kingdom, football administrators said they would take part in “constructive dialogue” with government officials over a possible return of the sport.

The Italian government announced on Sunday that professional athletes from individual sport could start training in sport centres from May 4. However, those in team sports, such as footballers, would have to wait until May 18.

Then, on Wednesday, sport minister Vincenzo Spadafora said he thought it was unlikely the football season could be completed. He also suggested that not all clubs wanted the season to continue.

Last week, Serie A clubs put aside their rivalries to unanimously declare they all wanted the current season to be completed as soon as it was safe to do so.

Spadafora said medical guidelines which had been drawn up by the Italian Football Federation (FIGC) for the resumption of training were “insufficient”.

FIGC president Gabriele Gravina replied he would never agree to ending the season prematurely, as it would be “the death of football“.

On Thursday, Spadafora appeared to soften his stance, saying, provided the government, Serie A, the players’ union and FIGC could agree, “training will resume and this will have a positive impact on possibly resuming the season”.

Elsewhere in Europe, Spain’s La Liga has been eyeing mid-June as a potential date for the football season to resume, while the football association in Denmark – which has been hit less hard by the pandemic than Spain, Italy or the United Kingdom – said on Friday it planned to relaunch its Super League season on May 29, subject to government approval.

France and the Netherlands have both decided to cancel the remaining fixtures of their football leagues.

UEFA, European football’s governing body, has given its 55 member federations until May 25 to decide on whether this year’s season will continue, and, if they are not to restart, to nominate which teams will go forward to next year’s continent-wide competitions including the Europa League and Champions League.

Jarek Broussard: Is the CU Buffs back a Heisman Trophy dark horse?