Former New England Patriot and college football player Jarvis Green provides insight into NFL players pushing back against league plans to play in the fall and the coronavirus safety measures that will be implemented.

The NFL is back.

Well, sort of. Training camps are beginning to open in the midst of the coronavirus pandemic, which doesn’t appear to be going away any time soon.

The 2020 NFL season has already looked incredibly different from other years because of the virus: Teams conducted virtual workouts with prospects, the entire seven-round draft was conducted remotely, teams held virtual workouts and training camp was pushed back to late July.

Players coming into training camp should expect to be tested a lot, according to NFL.com. Players have to pass three coronavirus tests before they can enter a team facility. On Tuesday and Wednesday, players will be tested and then return home to isolate for 24 hours. Before the fourth day, they will be required to take another test. Players need three negative tests in order to get their equipment and take their physicals on Aug. 1 and 2.

After that, players will be tested every day. If after the first two weeks the positive test rate is below 5 percent, the team can test every other day, according to NFL.com. Doctors reportedly expect the positive test rates to be high and the protocols to change throughout the course of the season. 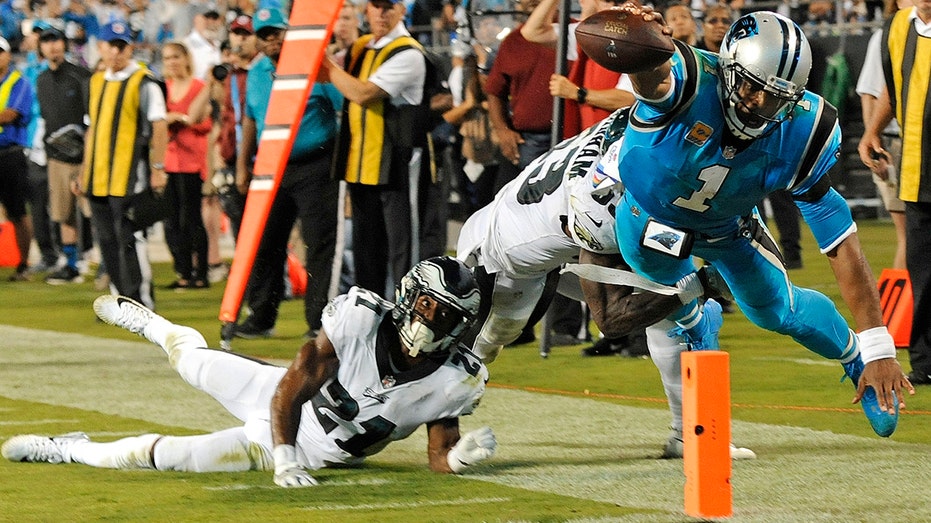 When the season starts, plenty of eyes will be focused on the New England Patriots as usual. Only this time it will be to see how 2015 NFL MVP Cam Newton fares replacing three-time MVP and six-time Super Bowl champion Tom Brady at quarterback.(AP Pho

Without organized team activities and mini-camps, players will need to get better acclimated to the rigors of football. According to NFL.com, players will have an hour of weight room time and an hour of on-field conditioning practice from Aug. 3 to 11. Teams are also allowed to go through 60-minute walkthroughs during the first four days and 75-minute walkthroughs in the last four days.

Starting Aug. 12 through the 16, the first 90-minute practice can begin with 15-minute increases each day. In that period, teams will not be allowed to practice more than 120 minutes. Players can begin to wear helmets on Aug. 12 and 13 and helmets and shells Aug. 14 and 16, according to NFL.com. However, there may be no live contact until Aug. 17.

Players will also have to abide by the new off-field rules. NFL.com reported that players will be unable to do things like attend indoor parties with more than 15 people, indoor concerts, pro sporting events or religious services with more than 25 percent capacity. Players reportedly can be disciplined for violating the rules. In the locker room, players must stay 6 feet away from each. Some other meetings could be held outside or remotely.

Since NFL teams can have as many as 90 players on their active rosters until Aug. 16, they will have to hold split-squad workouts for the first two weeks or so of training camp. 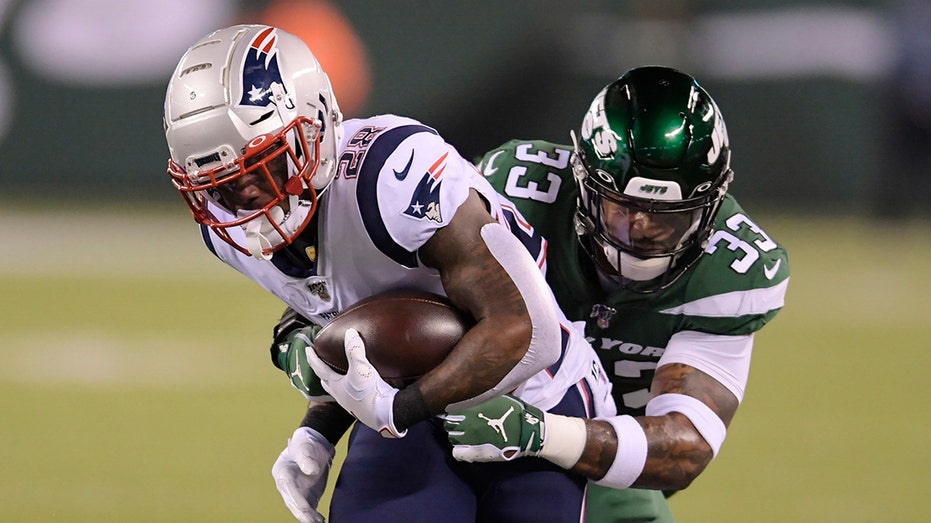 The Jets traded disgruntled star safety Jamal dAams to the Seattle Seahawks on Saturday, July 25, 2020, splitting with a gifted player whose relationship with the franchise quickly deteriorated because of a contract dispute. (AP Photo/Bill Kostroun,

As for the possibility of an outbreak similar to the Miami Marlins of Major League Baseball, the NFL knows it’s going to be a tough task to mitigate something like that. The league’s chief medical officer, Dr. Allen Sills, told ESPN that there were no plans in place for a bubble.

“We've said all along that we expected there would be positive cases among players and personnel,” he told ESPN. “And there may be a number on each team. As long as this virus is endemic in society, we're going to continue to see new cases.

“What we think is important is that we have protocols in place that can identify those cases as quickly as possible, and make sure that once we identify them, we take the right action, which is to isolate the individual away from the team, get them the appropriate treatment and then do the contact tracing.”

Sills said he believes the league’s current protocols allow for a “virtual bubble.”

“When you talk about a 'bubble,’ people define that term differently,” he said. “Some people define it one way and others define it another way. We would say that we already have a virtual football bubble, because as we said before, everyone in our team environment shares the same risk, but they share the same responsibility to each other. At the facility, they share a responsibility for what they're doing, but they also share a responsibility when they're away from the facility.

“This isn't just about players. It's coaches, staff and their families. We want them to make good choices, the same way we do all of society. We want them to wear masks, practice good hygiene, stay away from sick people and large gatherings. All of those things are going to be critical to the success of our season, and that's why we're spending a lot of time on education and making sure that everyone hears that message and is on the same page.”