Home » Sports » Both Are Abuse Survivors, but One Can Sue and One Can’t

SYRACUSE, N.Y. — After months of video calls and group emails, Robert Druger and Robert Bender agreed to meet for the first time on Memorial Day and revisit the places that had caused so much parallel anguish, four decades ago.

Here, Druger said, was the loading dock at the rear of a Syracuse University residence hall. This was where a charming graduate student who happened to be a former Olympic hurdler had sneaked high school athletes like Druger into his suite, only to groom and molest them later.

There, Bender pointed, behind the glass doors, was the elevator that he rode up to his room, the day he arrived on campus in 1980. This was where that same Olympian, upon learning Bender was a gymnast, had promised elite training, only to molest him later, as well.

“We’re part of a fraternity that we never wanted to be a part of,” Bender said.

Separate fraternities, actually, in the eyes of the law. 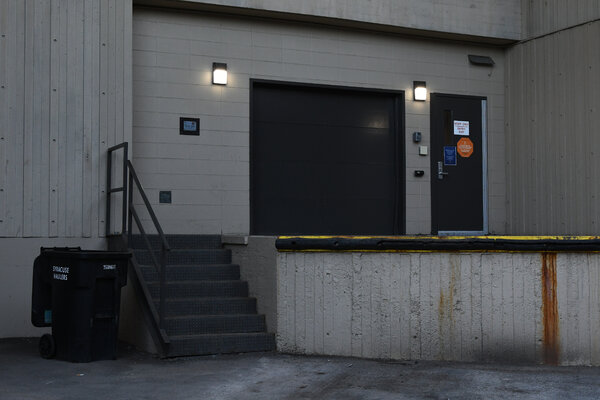 While both men were born in 1962, a mere 230 days apart, Bender had just turned 18 when the abuse started, and Druger was still 17. So under New York’s Child Victims Act, Druger has been able to sue Syracuse and other institutions, but Bender has not — even though they accused the same predator of abusing them in similar locations, starting at the same time.

Now they are teaming up to urge passage of the Adult Survivors Act, which would establish a one-year “look-back window” enabling adult victims like Bender the opportunity to file civil lawsuits in New York, even if any statutes of limitations have run out.

If the Adult Survivors Act passes, New York would join New Jersey as the only states giving survivors who were abused when they were 18 or over a similar look-back window, said Taylor Rayfield, a lawyer for Druger and Bender.

The State Senate passed the bill last week. And while no organized opposition has emerged, the Assembly has not made it a priority, and the legislative session in Albany ends on Thursday.

Bender has tried to generate support for the bill by appearing in a public service announcement produced by Safe Horizon, a victim advocacy group. He has also given interviews to local publications and written an opinion piece with Druger.

“The distinction between child and adult is arbitrary at best, and exploitative at worst, because in the end, it serves no real purpose except to let perpetrators walk away without facing any consequences for their actions,” the two wrote.

Since the Child Victims Act was enacted in August 2019, more than 5,800 lawsuits have been filed in county courts across New York against individuals and institutions like the Catholic Church, the Boy Scouts of America and school districts. The window for claims — which was extended another year because of the pandemic — closes on Aug. 13.

Sports coaches are named in hundreds of those lawsuits. One was Conrad Mainwaring, who competed for Antigua in the 1976 Montreal Games and later coached accomplished track stars, including a gold medalist.

ESPN reported in 2019 that Mainwaring allegedly molested hundreds of young men: at a summer sports camp in Massachusetts, where Mainwaring worked as a counselor; at Syracuse and Colgate, where he studied and worked; at Caltech and U.C.L.A., where he informally coached athletes.

Most of the incidents occurred in jurisdictions, like New York, where the statutes of limitations had long since expired. But Mainwaring, 69, was arrested in February in Los Angeles after being accused of abusing boys at Camp Greylock in the Berkshires after Massachusetts prosecutors contended that the statute froze when Mainwaring left the state.

Dean R. Manuel, a Massachusetts-based lawyer for Mainwaring, did not return a call requesting comment.

In New York, at least one case other than Druger’s has been filed against Syracuse naming Mainwaring. The plaintiff, John Doe, was a 17-year-old high school athlete who was given a campus tour by Mainwaring, then abused, the complaint alleges.

To say that Druger bled Syracuse Orange would be an understatement: His father, Marvin, is an emeritus professor of biology and science education who has taught over 50,000 students. An astronomy center in Holden Observatory is named after his late mother, Patricia. He met his wife on campus.

So Druger, now an ophthalmologist near Syracuse who also owns an aikido dojo, reluctantly sued the university in June 2020 for negligence.

“That’s where I was born,” he said, pointing to Crouse Hospital. “It’s conflicting — you love S.U., it’s in your blood.”

Bender, a native of Cherry Hill, N.J., started a year before Druger and studied illustration. He and his wife, Christina Bothwell, are glass artists in rural central Pennsylvania; until Memorial Day, he had not returned to Syracuse in 25 years.

After Druger and Bender, who are both married fathers of three, got to know each other over slices at a Marshall Street pizzeria, they set out for the Brewster Hall dorm, accompanied by Kat Thomas, one of their lawyers.

Mainwaring, a graduate student who worked in student housing, lived on the ground floor. Arrayed on his coffee table were psychology journals and books such as “Manwatching: A Field Guide to Human Behavior,” by Desmond Morris, Druger remembered.

With his British accent and exuberant personality, the two men recalled, Mainwaring spun tales of Olympic glory and being a black belt in karate and a concert pianist. Then he pretended to shove his palm into the students’ chests. You cannot flinch, he told them, because body control is crucial to athletic success.

In reality, Bender said, “he was trying to deprogram us,” so they wouldn’t react when he touched them inappropriately.

Druger ran track, and Mainwaring showed up to his meets, practices and even team meetings, as the abuse continued for several years.

“How much you let him do means the level of your trust,” Druger said, choking up.

Mainwaring also hovered over Bender, watching him practice gymnastics at Archbold Gymnasium, and taking him to a pool to watch him dive.

Mainwaring completed a master’s in guidance and counseling, though he did not finish his doctorate, a Syracuse spokesman said. But the university wasn’t informed of any allegations against him until early 2019, at which point law enforcement officials were notified.

Mainwaring kept office hours as a counselor, though it isn’t clear what his arrangement with the school might have been. In the fall of 1980, Mainwaring started manipulating Druger, a senior who was also on the swim team, by calling him an “underachiever.” With better training, however, he could become an Olympian.

Not long afterward, Mainwaring pressured Druger to remove his pants and underwear, then molested him, according to Druger’s complaint.

A lawyer representing the Syracuse school district did not respond to emails requesting comment. But the school told ESPN that they had not found any records indicating that Mainwaring had been an employee or authorized volunteer.

As Bender and Druger said farewell, they said they hoped the Adult Survivors Act would encourage other former athletes — be they at Nottingham, Syracuse, Colgate or elsewhere — to come forward.

Players to Watch at the Australian Open