With eight players remaining on each side of the singles draw, two divergent narratives have taken shape. Six women will be making their first quarterfinal appearance in a major event, a record for the Open era. On the men’s side, there will be only one first-timer, and there will be seven players in the top 10. In either case, though, each side is sure to have at least one first-time French Open finalist.

Here are some matches to keep an eye on.

Because of the number of matches cycling through courts, the times for individual matchups are estimates and may fluctuate based on when earlier play is completed. All times are Eastern.

Paula Badosa, the 33rd seed, defeated the 20th seed, Marketa Vondrousova, in a three-set fourth-round match to reach her first Grand Slam quarterfinal. Badosa, a 23-year-old Spaniard, had plenty of winners, but more often she was forcing errors out of her opponent.

Tamara Zidansek, a 23-year-old Slovenian who ranked No. 85, upset the No. 6 seed Bianca Andreescu in the first round to record her first main-draw victory at Roland Garros. Zidansek had tight matches in the third and fourth rounds, and Badosa will pose a tough test for a player who has performed near her peak at this tournament. 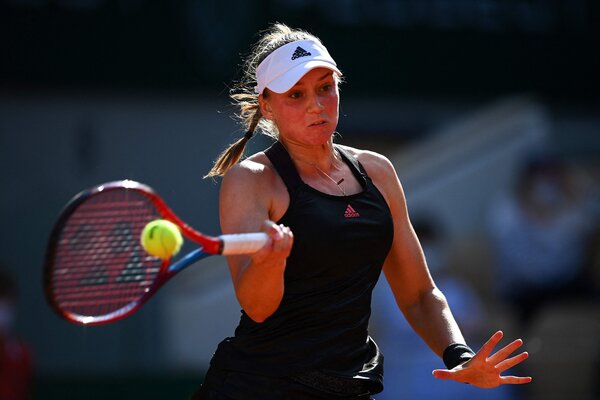 Elena Rybakina of Kazakhstan and Anastasia Pavlyuchenkova of Russia, a doubles team that has advanced to a Wednesday quarterfinal, will oppose each other in a singles quarterfinal the day before.

Rybakina, the 21st seed, powered past Serena Williams on Sunday for a straight-sets win that put her in her first Grand Slam singles quarterfinal. The 21-year-old has found success mostly on hardcourts in the past, but she has used flat baseline shots to push opponents around the clay courts of Roland Garros.

Pavlyuchenkova, the 31st seed, upset two Belarusian players, Aryna Sabalenka and Victoria Azarenka, in three-set matches on her way to the quarterfinals. Pavlyuchenkova, 29, won two junior Grand Slam titles, but she has never advanced past the quarterfinals of a major event. On Tuesday, in her seventh attempt, she has to hope that her experience will let her outlast her doubles partner.

Alexander Zverev, the sixth seed, started the tournament by dropping the first two sets rather quickly before clawing back and losing only four more games on his way to the victory. The 24-year-old German then won each of the next matches in straight sets, but he looked convincing only in his fourth-round dismantling of Kei Nishikori. With two previous French Open quarterfinals under his belt, Zverev will be hoping to draw on his experience.

Alejandro Davidovich Fokina, ranked No. 46, has reached his first Grand Slam quarterfinal after a grueling gauntlet of matches. The 22-year-old Spaniard went to five sets in his second- and third-round matches, and four sets in his round-of-16 slog against Federico Delbonis. Fokina’s aggressive style has put opponents on shaky ground, and it will be interesting to see if he can unsettle a top-10 player with that approach.

Stefanos Tsitsipas, the fifth seed, has lost only one set so far, in the third round against the hard-serving John Isner. The 22-year-old Greek has reached three major semifinals, including at the French Open last year.

Daniil Medvedev, the second seed, was knocked out in the first round of the French Open in each of the past four years, but he has lost only one set on the way to the quarterfinals. The 25-year-old Russian appears to have made peace with his least favorite surface, leaning into the strengths that make him such a fearsome opponent on hard courts.

Although Medvedev has won six of his previous seven matches on tour against Tsitsipas, only one of those matches was on clay, where Tsitsipas is generally favored. The quarterfinal between these two young stars should be full of shifting dynamics because Medvedev and Tsitsipas tend to spar with the variety of their shots rather than try to overpower each other.

Here are a few more matches to keep an eye on.

#STayHome Workout: Use your chair for more than just sitting

College Football Is Back Already. Really.