WASHINGTON (Reuters) – The next Democratic presidential primaries are set for Tuesday, despite growing worries about a coronavirus outbreak that has forced candidates Joe Biden and Bernie Sanders off the campaign trail and led two states to delay voting. 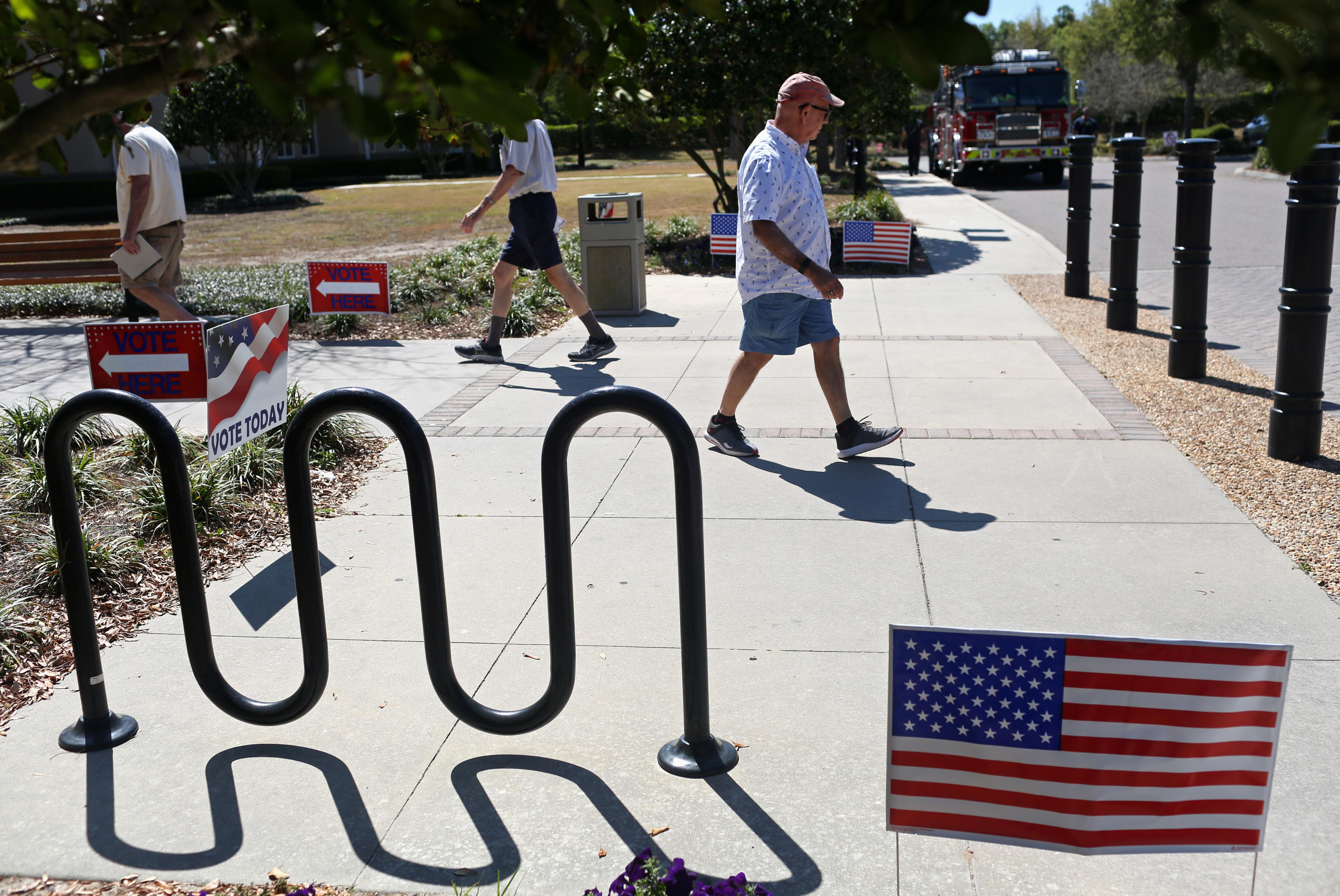 Last week, state officials said the primaries in Ohio, Illinois, Florida and Arizona would be held as planned, but new doubts surfaced on Sunday after the U.S. Centers for Disease Control and Prevention recommended cancellation of gatherings of 50 or more over the next eight weeks.

The rapidly spreading virus has shut down schools, restaurants, sporting events and concerts. Georgia and Louisiana already have postponed primaries due later in the calendar, and Sanders on Sunday questioned the wisdom of voting in two days.

“I would hope that governors listen to the public health experts,” Sanders said in an interview with CNN after a one-on-one debate with Biden.

“I’m thinking about some of the elderly people who are sitting behind the desks, registering people, doing all that stuff. Does that make a lot of sense? Not sure that it does.”

The primaries in the four big states could give front-runner Biden, the former vice president, a nearly unassailable lead over Sanders, a democratic socialist senator from Vermont, in delegates who will pick the Democratic challenger to Trump in the Nov. 3 election.

In a joint statement on Friday, the chief elections officials of the four states said the primaries would go on and there was no elevated danger in voting.

Safety guidance from voting machine makers and health officials had been provided to polling locations, they added.

“We are confident that voters in our states can safely and securely cast their ballots in this election, and that otherwise healthy poll workers can and should carry out their patriotic duties on Tuesday,” the officials said.

The outbreak has dramatically upended normal presidential campaign routines, forcing both remaining candidates off the road. Both Biden and Sanders plan to hold “virtual” campaign events on Monday in an effort to reach voters.

The contenders held their first face-to-face debate in a Washington television studio with no audience, to limit possible virus exposure. Onstage, they smiled and shared an elbow bump, abiding by health officials’ advice to avoid handshakes.

Both candidates accused Trump of contributing to growing worries by spending weeks minimizing the threat before declaring a national emergency on Friday.

“The first thing we have to do, whether or not I am president, is to shut this president up right now,” Sanders said. “He is undermining the doctors and scientists who are trying to help the American people.”

But they disagreed sharply over how they would handle the crisis as president, and bickered repeatedly over their records on a range of issues from climate change to healthcare, dampening hopes the debate would be a first step to party unity.

“People are looking for results, not a revolution,” Biden said, taking a shot at Sanders’ promises to lead a political revolution to sweep in his anti-corporate economic agenda.

“We have problems we have to solve now. What’s a revolution going to do, disrupt everything in the meantime?”

A War Is Ending. A Pennsylvania Town Exhales.

Nicola Sturgeon inquiry: What happens next? When is Scottish election?

COVID-19: Schools might not all reopen at the same time across England, suggests Dr Jenny Harries