Liz Truss has vowed to “face down the separatists who threaten to pull apart our precious union” as she highlighted the importance of investment zones and levelling up the UK. During her keynote speech at the Conservative Party Conference, the Prime Minister pledged to “harness the power of free enterprise” and “transform our country”, noting that her plans necessarily included Wales, Scotland and Northern Ireland. Her calls come ahead of the October 14 deadline for councils to apply for the investment zones funding.

Ms Truss said: “We are going to be inspired by the great hubs of industry like Bourneville here in the West Midlands, and that is what zones in places like here and around the country will deliver.

“We want to create zones in England, Scotland, Wales and Northern Ireland. Now is the time to harness the power of free enterprise to transform our country and ensure our greatest days lie ahead.

“This is the United Kingdom at its best, working together and getting our economy growing.

“And we will face down the separatists who threaten to pull apart our precious union, our family.” 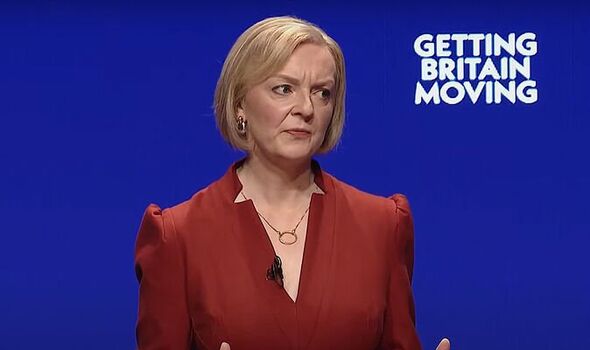 Liz Truss has been publicly dismissive of union referendum’s both during her leadership campaign and since assuming office at No 10.

Earlier this week, she reiterated that position with regards to Scotland as the Supreme Court prepares to hear the case for the possibility of an indyref2 without permission from Westminster.

Asked if she would lead the unionist campaign if the UK’s highest court ruled in favour of the referendum, Ms Truss said: “I’m very clear that, in 2014 when there was a referendum, we said it was once in a generation.

“I’m very clear there shouldn’t be another referendum before that generation is up.”

Q&A: Jared Polis on his re-election bid, his money and his future