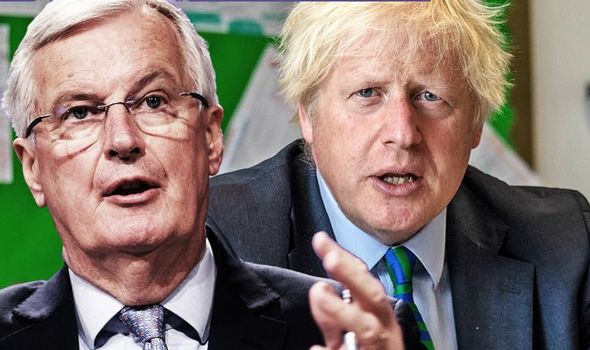 The Prime Minister has detailed five warnings over his plans to override parts of the Brexit deal, warning Brussels bosses he is not willing to budge. The Government’s amendment to the UK Internal Market Bill will require MPs to vote before a minister can use powers which override international law if the EU undermines the “fundamental purpose” of the Northern Ireland Protocol.

A policy paper published on Thursday stated that examples of such behaviour would include the EU refusing to grant third country listing to UK agricultural goods for “manifestly unreasonable or poorly justified reasons”.

It also listed an “insistence that the EU’s state aid provisions should apply in GB in circumstances when there is no link or only a trivial one to commercial operations taking place in” as a reason why Parliament would be asked to support the Bill’s provisions.

The other examples listed include an insistence that GB-NI tariffs and related provision should be “charged in ways that are not related to the real risk of goods entering the EU single market”, as well as an insistence on export declarations for NI goods going to GB.

Nicola Sturgeon grilled on 3,000 medical staff shortage in Scotland ahead of winter crisis