Two opinion polls have shown that support for the Conservative Party has reduced in Scotland since Prime Minister Liz Truss and Chancellor Kwasi Kwarteng revealed their recent economic plan to the House of Commons. Analysts suggest all Conservative MPs would lose their seats in Scotland, including Scottish Tory leader Douglas Ross.

A recent poll conducted by YouGov for the Times has shown the lowest support for the Conservative Party in almost eight years at only 12 percent, while support for Labour has risen to 31 percent and SNP support was at 45 percent.

The number of Scots who thought the Prime Minister was doing a good job totalled just eight percent and Ms Truss had an overall satisfaction score of -70, just one point ahead of Boris Johnson’s approval rating during his final week as Britain’s leader.

A separate YouGov poll for the whole of the UK showed Ms Truss’s popularity at -59. 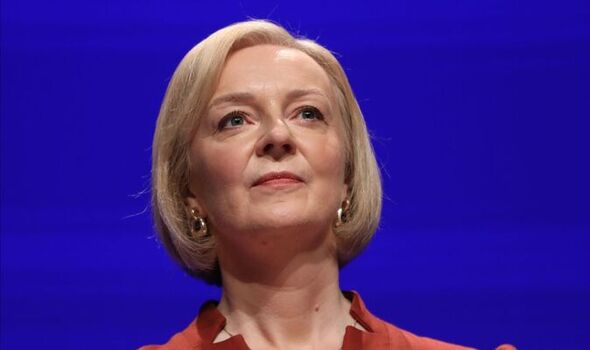 Sir John Curtice, a political scientist and polling expert who is a professor at Strathclyde University, has said Conservatives stand to lose all six of their MPs in Scotland.

It would be a repeat of the 1997 General Election in which Conservative MPs were reduced to zero MPs in Scotland after Tony Blair’s victory for Labour.

The Conservative Party then only held one seat in Scotland from 2001 to 2015.

The poll analyst suggested the SNP would have 49 seats if a General Election was called and Labour would increase their number of MPs to seven.

Sir John said: “The party looks once again like the minnow it was before its revival under the leadership of Ruth Davidson.” 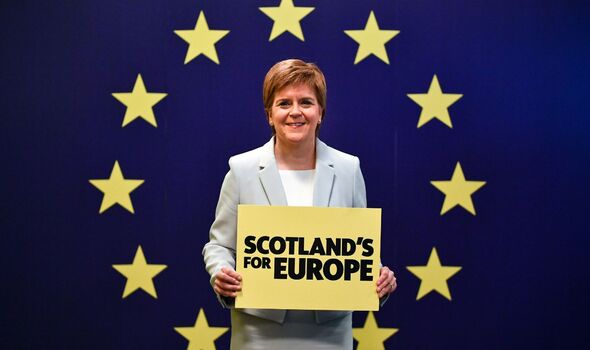 A survey by Savanta for the Scotsman has shown similar results, with Conservative support in Scotland at 15 percent, Labour at 30 percent and SNP at 46 percent.

The recent polls were published only hours after Prime Minister Truss gave a speech at the Conservative Party conference in Birmingham in which she said she would “face down” the SNP for trying to break up the UK, and accused Nicola Sturgeon of being part of an “anti-growth coalition”.

Ms Truss also added she would defeat “the separatists who threaten to pull apart our precious Union”.

Ms Sturgeon responded to the Prime Minister on Twitter, by saying: “Ranting about an imaginary ‘anti-growth coalition’ is just an attempt to obscure the hard reality that the biggest break on UK growth is Brexit – and that’s on the Tories.”

DON’T MISS:
Mark Dolan discusses if Truss can ‘bounce back’ after eventful week  [INSIGHT]
A focus on growth will get Britain moving – EXPRESS COMMENT [COMMENT]
Come back Boris all is forgiven, says PAUL BALDWIN [REVEAL] 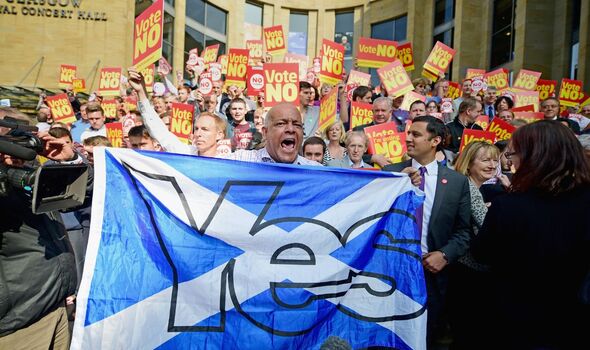 The recent dive in popularity is at a time both Westminster and the Scottish Government are set to argue whether Scotland should hold a new referendum next year in October 2023.

Arguments by both parties will be made to the Supreme Court on October 11 and 12, and after that, a decision will be made in the upcoming months.

The most recent Scottish referendum was held on September 18 2014 when 55 percent of Scotland voted against independence, and 45 percent voted in favour.

However, during the Brexit referendum in 2016, the UK voted to leave but 62 percent of Scotland voted to remain, and the SNP has argued this justifies a new independence referendum.

In an interview with the BBC, Ms Sturgeon said: “The outcome of the 2014 referendum was accepted, the evidence of that is Scotland is not independent.

“And the outcome of the Brexit vote in Scotland was that Scotland wanted to remain in the EU – that has not been honoured by UK parties and government because Scotland is out of the EU.”