Mr Ross said: “Of course, the First Minister did her usual thing, she blames Westminster for anything but actually not address the question.

“She doesn’t want to hear what ministers are saying.

“First Minister’s answer was all about outlining what the UK Government have done wrong.

“She never mentioned about the ships which we never put into service, hundreds of millions of pounds couldn’t have been wasted. 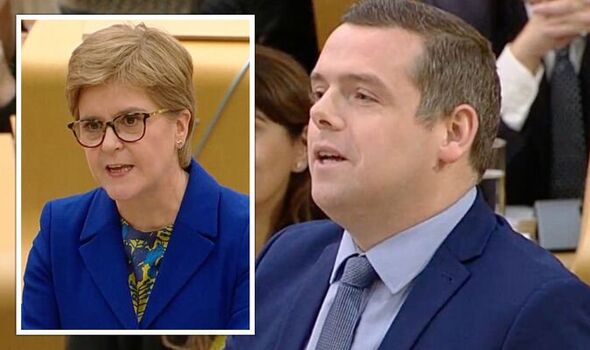 The comments from Mr Ross came as Ms Sturgeon said: “I’ve made clear in many occasions my regret over that, that’s why it’s so important that we focus on completing the ferries.

She continued: “Our budget has been eroded by inflation soaring with no control under this UK government.

“It would still leave us hundred of million of pounds that we have had to allocate unbudgeted because of the soaring inflation.

Referring to her party and the current energy crisis, she concluded: “We continue to make the hard decision to direct support where it’s needed most.

“One of the pressure over our construction project right now is inflation which the UK government is failing to get under control, but we will continue to focus on making sure the ferries are completed on the revised budged and the revised timeline”.