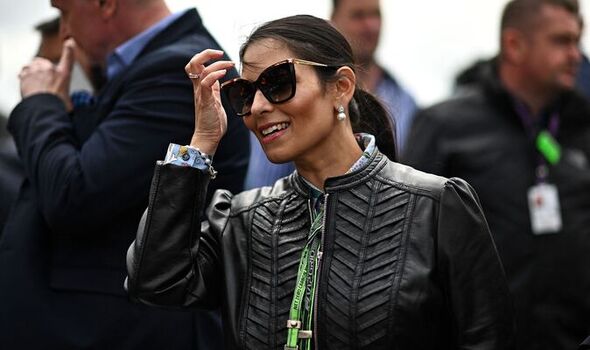 The Home Secretary told European Research Group MPs she would back lower taxes, but blasted candidates for pushing “fashionable” cuts. She said: “We must make sure tax cuts have touched the pockets of people by the next election.

“When it comes to the fashionable line of cutting tax, we are all Conservatives and believe in cutting taxes.”

Ms Patel said she could win back the “hearts and minds of the party” and pledged to tackle the cost-of-living crisis.

She said: “Everyone will remember what the 1970s were like. No one in the party has gripped this and it must be the priority for our party.”

Ms Patel also said the UK had failed on fracking and shale gas and promised to “unpack” green taxes.

The leadership race turned ugly yesterday after an ally of Ms Patel admitted sharing a “dirty dossier”, branding Rishi Sunak a liar who cannot be trusted on tax.

Lobbyist Patrick Robertson shared the document, which is being sent around Conservative WhatsApp groups.

Mr Roberston, who has worked in Kazakhstan and Azerbaijan, is thought to be helping to run Ms Patel’s campaign to become Tory leader.

The memo also raises questions about Mr Sunak’s loyalty to Boris Johnson by saying the former chancellor’s resignation came “within minutes” of Savid Javid stepping down. It also asks if this should be seen as “an unplanned coincidence”.

It notes Mr Sunak “launched his campaign for the leadership of the Conservative Party with a website domain registered in December 2021”.

The memo says: “Getting ‘Ready for Rishi’ means supporting a candidate who, like Boris, landed a Partygate fine from the police for breaking lockdown rules.”.

Its author is listed as Mr Robertson and, according to the document properties, it was created on Saturday night. However, he denied writing the text, saying: “I received it myself and sent it to other people. It’s got nothing to do with me.”

Leadership rivals Nadhim Zahawi and Penny Mourdant have already been targeted by tactics employed to discredit leadership contest rivals.A source close to Ms Patel said: “We hope that all candidates will run a clean campaign to be party leader and avoid this election providing the Labour Party with leaflet fodder.

“We have no knowledge of or involvement in producing this document.”

Mr Sunak’s team said it was “not engaging with that type of stuff”.

One Tory source said the memo was part of a campaign among Right-wingers to stop the contest becoming a “coronation” for Mr Sunak. Several MPs said some Johnson loyalists who remained in Government posts or accepted ministerial jobs this week were still angry at Mr Sunak for his “treachery” in helping to oust the Prime Minister. 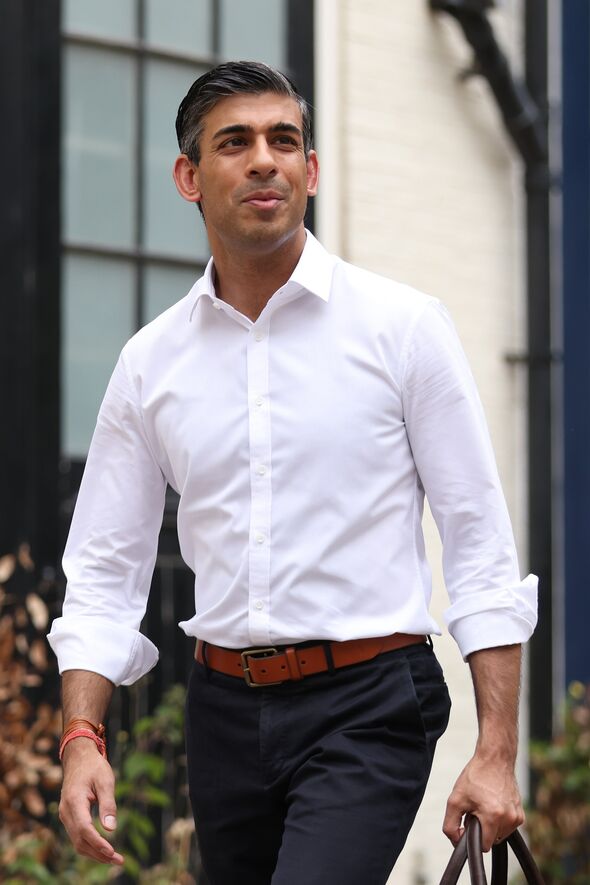 Grant Shapps also appeared to attack the ex-chancellor in an interview.

He said: “I have not spent the last few turbulent years plotting…I have not been mobilising a leadership campaign behind his back.”

Meanwhile loyal Johnson ally and peer Zac Goldsmith, who remains an environment minister, attacked Mr Sunak over his record on the environment.

He added: “He will be our very own little Bolsonaro.”

“Meanwhile, it has been reported that Tory campaign teams are drawing up dossiers full of compromisingpaign drawin compro ing ag candi allegations against rival candidates and their aides.

At least two teams are reportedly said to have handed the Labour Party digital dossiers packed with lurid allegations against potential opponents.

Even candidates’ staffers have supposedly been targeted.

The dossiers are rumoured to include allegations about extramarital affairs, tax dodges and the use of illicit drugs, according to the Sunday Times.

At least one private investigator was reportedly hired to probe the financial arrangements of some of the candidates.