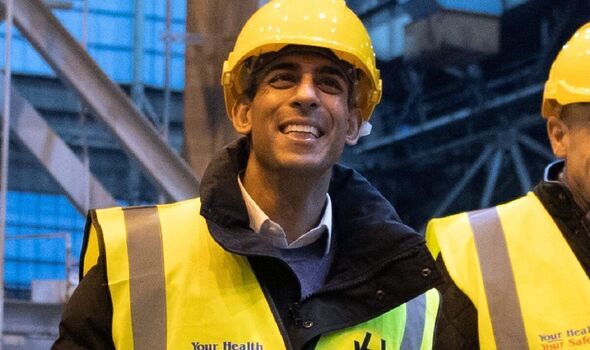 A fifth attempt to restore power-sharing in Northern Ireland since May’s assembly election collapsed last week. The Democratic Unionist Party is protesting against Brexit trading arrangements that they claim puts a border in the Irish Sea.

The Prime Minister held informal talks on Friday with senior representatives of the main parties in Northern Ireland on Thursday.

And he declared he is “absolutely committed to resolving the issues with the protocol” amid the ongoing impasse in Northern Ireland.

“I don’t want to put a strict deadline on the deals and I don’t want to raise people’s expectations of an imminent breakthrough, but what I can say is I am absolutely committed to resolving the issues with the protocol as soon as is practically possible,” he said.

“The foreign secretary met with his counterpart this week, talks are ongoing.

“I want to see an executive back up and running in Northern Ireland. That is what the people here need and deserve.

“And resolving some of the issues with the protocol, protecting Northern Ireland’s place in the union, is absolutely of paramount importance to me.”

It keeps Northern Ireland aligned with some EU trade rules to ensure goods can move freely across the Irish land border.

Westminster and Brussels are trying to find a breakthrough on the protocol.

And Ministers have now put forward a bill that allows it to change the protocol without the permission of the EU.

But the EU has threatened the UK with legal action if it does so.

Mr Sunak met all the parties in the same room and spoke to them separately for around 10 to 15 minutes each.

Supreme Court revives a case on excessive force by the police.

What time is the Tory leadership debate tonight? How to watch next PM hopefuls on TV

Brexit battle for Liz Truss in US