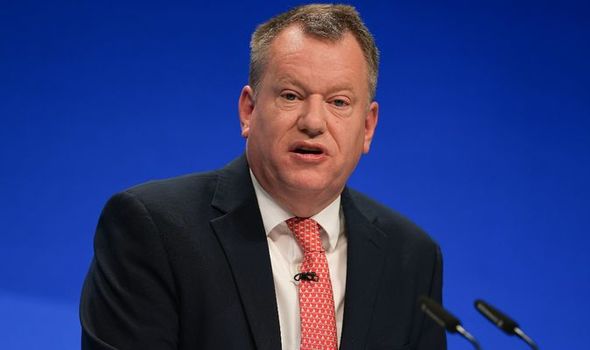 The French President backtracked on his threat just hours after saying he was ready to press ahead with retaliatory measures against Britain, saying he wanted to give negotiators time to find a solution. France had earlier said that, starting from 2300 GMT on Monday, it would restrict cross-Channel trade, threatening to turn bickering over fish into a wider trade dispute between two of Europe’s biggest economies.

Now, Lord Frost has welcomed the decision by the French president and said he looks forward to their meeting on Thursday.

A Government spokesperson said: “We welcome the French government’s announcement that they will not go ahead implementing their proposed measures as planned tomorrow.

“The UIK has set out its position clearly on these measures in recent days.

“As we have said consistently, we are ready to continue intensive discussion on fisheries, including considering any new evidence to support the remaining licence applications.

“We welcome France’s acknowledgement that in-depth discussions are needed to resolve the range of difficulties in the UK/EU relationship.

“Lord Frost has accepted Clement Beaune’s invitation and looks forward to the discussions in Paris on Thursday.”

A senior Government source told the Telegraph: “We’re glad that France has stepped back.

“We’ve stuck to our position and were ready to respond if they had brought forward these measures, which would have put the EU in breach of the TCA.”

In his dramatic backtrack, Mr Macron told reporters the French plan was on hold pending the outcome of renewed talks.

He told reporters: “Since this afternoon, discussions have resumed on the basis of a proposal I made to Prime Minister (Boris) Johnson.

“The talks need to continue.”

He added: “My understanding is that the British were going to come back to us tomorrow with other proposals.

“All that will be worked on. We’ll see where we are tomorrow at the end of the day, to see if things have really changed.

“My wish is that we can find a way out on all these issues.”

Britain gave France 48 hours to back down from the threat of sanctions or face legal action under the Brexit trade deal earlier on Monday.

She told Sky News: “The French have made completely unreasonable threats, including to the Channel Islands and to our fishing industry.

“And they need to withdraw those threats or else we will use the mechanisms of our trade agreement with the EU to take action.”

Asked over what time frame France should back down, Ms Truss said: “This issue needs to be resolved in the next 48 hours.”

Britain and France have squabbled for decades over access to the rich fishing grounds around their Channel coasts.

The fishing issue dogged the negotiations that led to Britain’s exit from the EU, not because of its scant economic importance – but rather its political significance.

Re-asserting Britain’s control over its fishing grounds was a central plank of the case for Brexit which Mr Johnson presented to British voters.

The latest row erupted in September after Paris accused London of failing to allocate enough post-Brexit licences to French boats to fish in the zone 6-12 nautical miles from UK shores.

Despite relying on France for 95 percent of its electricity supply, Jersey has also taken a hard stance against EU trawlermen off its coast.