The Tory leader wants to see the country growing at 2.5 percent and is she preparing to battle “vested interests” and defenders of the status quo. Newly appointed Chancellor Kwasi Kwarteng will unveil details of tax cuts and measures designed to boost business investment and innovation in Friday’s “fiscal event”.

A source said: “The Prime Minister won’t duck the difficult decisions and is ready to have the debate. She won’t apologise for running the economy in a way that boosts prosperity and living standards.

“She will take on the vested interests and those trying to preserve the status quo for their own ends. She is focused on making Britain more globally competitive and not losing out to other countries on the continent and beyond.”

The mini-Budget will come at the end of a frenetic week for the Government. Ms Truss is due to fly to New York for the United Nations General Assembly on Monday night; Business Secretary Jacob Rees-Mogg is expected to announce an energy support package for businesses on Wednesday; and on Thursday Health Secretary Thérèse Coffey is due to outline how she plans to get the NHS through the winter.

Last week there were reports of outrage in the civil service following the ousting of Sir Tom Scholar as permanent secretary at the Treasury. It is claimed that Ms Truss, a former chief secretary to the Treasury, wanted new leadership in this powerful department. 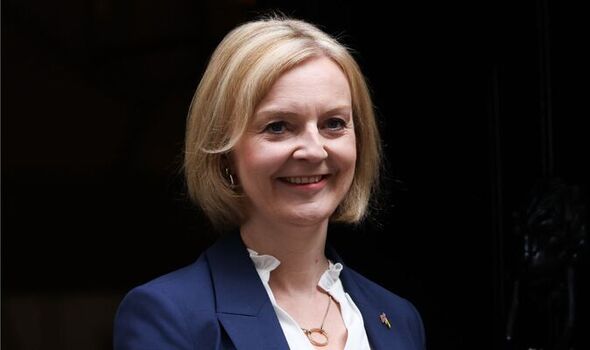 The Prime Minister is convinced a new approach to the economy is needed. She argues that economic growth is essential if the country is to have world-class public services and higher paying jobs and see a revival of the nation’s high streets.

The source said: “She will be focused on growing the size of the pie so everyone gets a bigger slice, rather descending into a redistributive fight over how we slice and dice the pie.”

Ms Truss is understood to want to “move away from tired economic managerialism” and for her Government to have a new focus on delivery. The PM and Chancellor have set a test for each policy proposal: “How will it help grow economy?”

Friday’s mini-Budget will be closely watched for estimates of the cost of capping energy prices. The Government is expected to reverse the rise in National Insurance Contributions that took place on Boris Johnson’s watch, and Ms Truss has said she would suspend green levies on energy bills.

Economist Professor Patrick Minford – a leading defender of Margaret Thatcher’s economic rescue measures in the 1980s – said Liz Truss must champion growth to be a true heir to the Iron Lady.

He said: “She has got to just be bold… The real interests of the British people is in growth because that is the only way they are going to get their living standards up.”

Prof Minford said it is “really important” that the Chancellor stands up to senior civil servants in the Treasury if they put obstacles in the way of pro-growth policies.

Describing Lady Thatcher’s battles with top Treasury figures over the best way to bring down inflation, he said “a lot of senior mandarins had to go then because of their opposition to the correct policy of bringing down inflation so it’s history repeating itself, really.”

He believes the Prime Minister and the Chancellor have the opportunity to avoid a recession – and is optimistic that they will, saying: “I think we’ll get back to growth quite soon if we can pursue supportive fiscal policy. We’re also getting on top of inflation… Things are moving in our favour, really.”

Strong support for tax cuts has come from John Longworth, a former director-general of the British Chambers of Commerce who now leads the Independent Business Network.

He said: “The new PM should take this opportunity to stop the planned tax increases for people and businesses and instead indicate that there will be future tax cuts. She should remove the costly subsidies for green energy and relieve business, especially small and medium sized businesses, of the burden of huge price rises by giving relief on business rates, National Insurance contributions, or corporation tax as  appropriate to business types, from sole traders to large companies.”

Matthew Lesh of the Institute of Economic Affairs, wants to see an “agenda to boost productivity and make work pay”.

He said this week’s fiscal event was a “key opportunity for the Government to reset the agenda and demonstrate their interest in boosting Britain’s prosperity”.

He said: “The cost of living crisis can only be meaningfully addressed with reforms that boost the ability of the economy to produce goods and services and thereby reduce prices; this means addressing how the tax and regulatory system discourages investment and work.”

In addition, he wants an end to the freeze in income tax thresholds and the abolition of the 45p rate, plus an increase in the stamp duty threshold to £1million. He argues this will “unstick the property market” by encouraging people to downsize.

Katie Schmuecker of the Joseph Rowntree Foundation stressed the need for help for struggling households.

She said: “Households are already buckling under the weight of rising costs. The Government’s action on energy bills will give some certainty, but the typical energy bill will still have doubled in the space of a year. Food costs continue to rise by over 13 percent since last year.

“The current support package doesn’t yet give families the security of knowing they can afford the essentials, and the tax cuts mooted do little to help them either.”

‘I beg you!’ Galloway beseeches’ Queen to remove Blair knighthood and backs petition