Labour leader Sir Keir Starmer has launched an urgent inquiry into the leak of a bombshell report that has sparked a fresh party row.

The 860-page report, seen by Sky News, concluded factional hostility towards former leader Jeremy Corbyn amongst ex-senior officials contributed to “a litany of mistakes” that hindered the effective handling of antisemitism allegations.

The investigation, which was completed in the last month of Mr Corbyn’s leadership, claimed to have found “no evidence” of antisemitism complaints being treated differently to other forms of complaint, or of current or former staff being “motivated by antisemitic intent”. 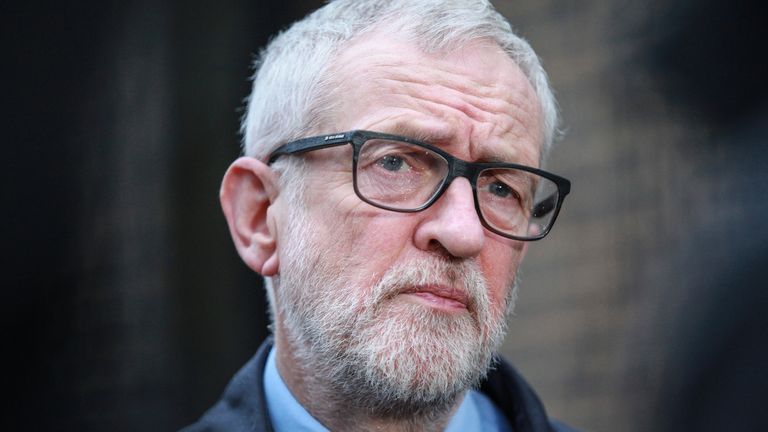 The dossier, which includes 10,000 separate emails and thousands of private WhatsApp communications, also claims these private messages show senior former staff “openly worked against the aims and objectives” of the party’s leadership.

At the 2017 general election, the report alleges “some key staff even appeared to work against the party’s core objective of winning elections”.

Allegations of antisemitism within the party was one of the dominant issues of Mr Corbyn’s four-and-a-half years as Labour leader.

There were accusations – strenuously denied by Mr Corbyn – that the party’s leadership did not do enough to tackle the problem.

The leaking of the report has sent shockwaves through the party and sparked bitter recriminations among supporters and opponents of Mr Corbyn.

Richard Burgon, who was shadow justice secretary under Mr Corbyn, said the revelations had “shocked” many party members and prompted them to consider leaving. 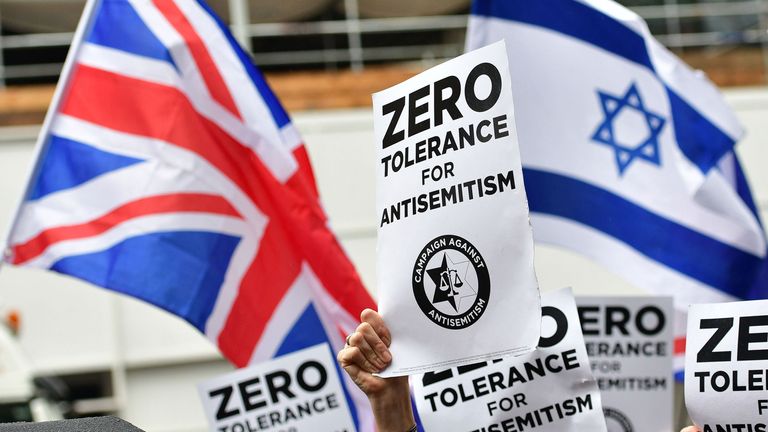 But he implored them to stay and “fight for a Labour government, organise to defend our socialist manifesto and push for action over this sordid sabotage”.

Faiza Shaheen, a candidate for the party at the last two elections, said simply: “I feel sick. And so angry.”

One party member told Sky News: “Some members are leaving, resentful that their membership fees were paying the salaries of people who were working against the party.

“For me I see this report and the reaction to it as the first real test of Starmer’s leadership.”

A staff member said they were “sickened at the level of nastiness at the top of the party, but also shocked at the stupidity”.

“It feels like everyone is just taking everyone else down with them,” they added.

They said the contents and release of the dossier raised a “number of matters of serious concern” and required an “urgent independent investigation”.

They said the investigation would look at the “background and circumstances” in which the report was commissioned, as well as the “contents and wider culture” contained in it and how the dossier was leaked.

“We have also asked for immediate sight of any legal advice the Labour Party has already received about the report,” the statement added.

“In the meantime, we ask everyone concerned to refrain from drawing conclusions before the investigation is complete and we will be asking the general secretary to put measures in place to protect the welfare of party members and party staff who are concerned or affected by this report.”

As Sky News reported at the weekend, the dossier will not be submitted to the Equality and Human Rights Commission following an intervention by party lawyers.

Those involved insist the report was intended to provide additional context to the equalities watchdog and supplement the party’s main submissions to the investigation into institutional antisemitic racism.

It was put together after its authors went through emails and private WhatsApp communications between former senior party officials, with whistleblowers who gave evidence to last year’s BBC Panorama investigation on antisemitism within Labour singled out for criticism.

These include the former general secretary Lord McNicol and Sam Matthews, the former acting head of the governance and legal unit.

The investigation accuses Lord McNicol and other senior figures of providing “false and misleading information” to Mr Corbyn’s office in relation to the handling of antisemitism complaints, which the report claims meant “the scale of the problem was not appreciated” by the leadership.

Responding to the messages cited and the allegations made against him in the report, Lord McNicol said: “The energy and effort that must have been invested in trawling 10,000 emails rather than challenging antisemitism in the party is deeply troubling.”

He added that the report was a “petty attempt to divert attention away from the real issue”, adding: “I have repeatedly stood by the professional staff of the Labour Party who I worked with over the seven and a half year period I was general secretary, and continue to do so.”

The report claims Mr Matthews, who served first as head of disputes and then as acting head of the governance and legal unit, “rarely replied or took any action, and the vast majority of times where action did occur, it was prompted by other Labour staff directly chasing this themselves”.

In a statement to Sky News, Mr Matthews said: “This latest episode comes as no surprise to me, as an effort by a disgruntled faction who are floundering in their attempts to blame others in order to distract from matters that will be investigated by the EHRC and the courts.”

He added that “proper examination of the full evidence” will show that he did his “level best to tackle the poison of anti-Jewish racism which was growing under Jeremy Corbyn’s leadership”.

Tory plot launched to overthrow new SNP hate crime bill – ‘Go back to the drawing board!’