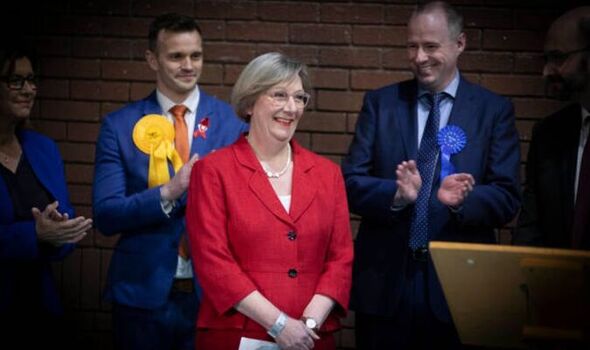 Labour’s Samantha Dixon has increased her majority in the Chester by-election to an impressive 61 percent, receiving 17,309 votes. This is nearly 11,000 more than the Conservative candidate Liz Wardlaw, who got 6,335 votes or 22.4 percent of the share.

Labour were predicted to win the election, however, this vote represents a 13.8 percent swing from the Tories to Sir Keir Starmer’s party, more than the 12.7 percent swing at Wakefield in June.

It is also the sixth largest swing between the parties at a by-election since 1945 and the worst results for the Tories in Chester since 1832.

Ms Dixon told Sky News the result was a “resounding mandate” for Labour, and in her victory speech warned the Tories that they were “on borrowed time and people want to change”.

Sky’s chief political correspondent Jon Craig said it was a “crushing defeat” for Mr Sunak’s party and “ominous” for the next general election, however, he added it would be unfair to solely blame the PM for the result.

Among first acts, Biden to call for 100 days of mask-wearing

Singapore GE2020: 'We hope there is change,' says Mahathir