Home » Politics » ‘Is it legal!?’ Jon Kay skewers Sturgeon’s indyref2 as she bids to bypass Westminster

Nicola Sturgeon grilled by Jon Kay on legality of referendum

Nicola Sturgeon received a grilling over plans announced on Tuesday for a second referendum to be held on Scottish independence in October next year. The Scottish First Minister has vowed to take legal action to ensure an IndyRef2 takes place even if the British Parliament at Westminster attempts to block it. BBC host Jon Kay pressed the SNP leader on the legality of this latest independence vote push.

Mr Kay told the Scottish First Minister: “Asking the Supreme Court, the UK Supreme Court if it’s legal for you to call a referendum without the support of the UK Government in Westminster, and a lot of the legal commentary on this over the last 24 hours suggest that they think that you’re unlikely to win.

“This is a big gamble for you personally and politically, isn’t it?

“Well, look, I believe Scotland will be better served by being independent and I think in line with the mandate that exists in the Scottish Parliament where a majority of MSP support a referendum that it should be for people to choose,” replied Ms Sturgeon.

It’s not about me personally, or my career, and it’s about seeking to do the right thing for Scotland, and in terms of the Supreme Court it’s the Lord Advocate here who has decided to refer this matter to the Supreme Court at my request because the ability of the Scottish Parliament to legislate without a transfer of power by the UK Government is contested.” 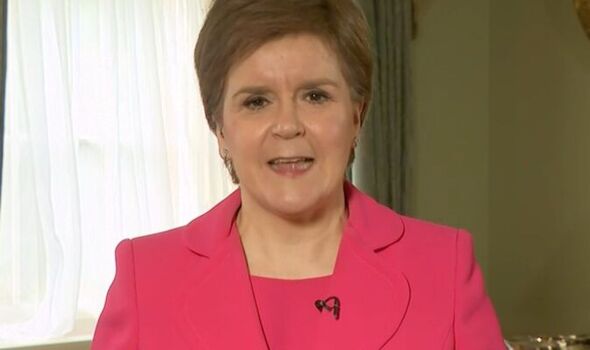 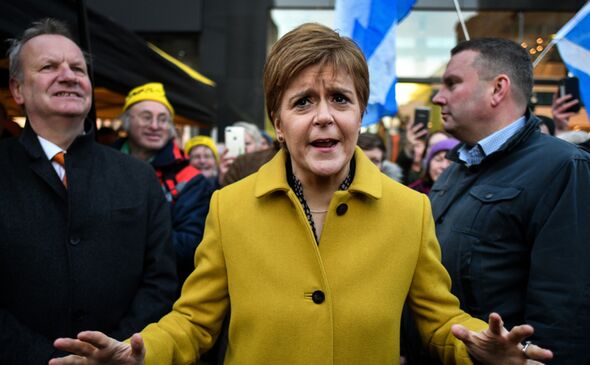 Voters in Scotland, which has a population of around 5.5 million, rejected independence in 2014. But Scotland’s semi-autonomous government says Britain’s departure from the European Union, which was opposed by a majority of Scots, means the question must be put to a second vote.

Pro-independence parties won a majority in the elections last year and Ms Sturgeon, under pressure from some in her own party, had promised to hold a vote by the end of 2023. Polls suggest a vote would be too close to call.

Mr Johnson and his ruling Conservative Party, which is in opposition in Scotland, strongly oppose a referendum, saying the issue was settled in 2014 when Scots voted against independence by 55 percent to 45 percent. Polls in 2022 vary, with some showing a similar split, and others showing the gap narrowing.

The Prime Minister has previously refused to issue a “Section 30” order, which gives authority to the Scottish parliament to hold a referendum, and said earlier on Tuesday the main priority for Britain was the economic pressures the country faced.