As a child, Joseph Robinette Biden Jr. wrestled with words, grappling with a boyhood stutter. Years later, as a young politician, he couldn’t stop saying them, quickly developing a reputation for long-winded remarks.

It was words that undercut his first two campaigns for the White House, with charges of plagiarism ending his 1988 bid and verbal missteps that hampered his 2008 outing from nearly the first moments. And it was his self-described penchant for being a “gaffe machine,” as he once put it, that would cement his vice-presidential nickname of “Uncle Joe,” the endearing relative who prompts the occasional wince.

Through a nearly half-century-long political career marked by personal tragedy and forged in national upheaval, Mr. Biden’s struggle with his own words has remained a central fact of his professional life, and of the ambition he harbored for nearly as long, the White House.

Yet over the course of the 2020 campaign, and especially in the two months since his victory, Mr. Biden, the nation’s 46th president, has transformed himself into a steady hand who chooses words with extraordinary restraint.

The self-described “scrappy kid from Scranton,” who called President Trump a “clown” and told him to “shut up” during their first debate, refused to take the political bait laid by Mr. Trump for weeks after the election with his attempts to overturn the results. Rather than get sucked into the Trumpian chaos, Mr. Biden focused on announcing his cabinet and helping his party win two runoff races in Georgia. And with a second impeachment trial looming in the Senate, Mr. Biden, 78, has maintained his steadfast faith in the political center, positioning himself as a champion of all Americans and a deal maker between the left and the right.

“There’s a more of a sense of a calm resolve now,” said Representative Lisa Blunt Rochester, Democrat of Delaware, who has known Mr. Biden for decades and served as a co-chair of his campaign. “Even the words that he uses that are fiery are very intentional now. He is where he is supposed to be at this moment.”

The coming year will test Mr. Biden’s self-discipline, as he takes office amid urgency from his own party to make a decisive break with the Trump era by pushing through an aggressive policy agenda in the face of a Republican Party that is looking to come together around a new opponent. Mr. Biden and his aides are staking much on his ability to find the right words to restore America’s reputation, win bipartisan support in Congress and unite an anxious nation. 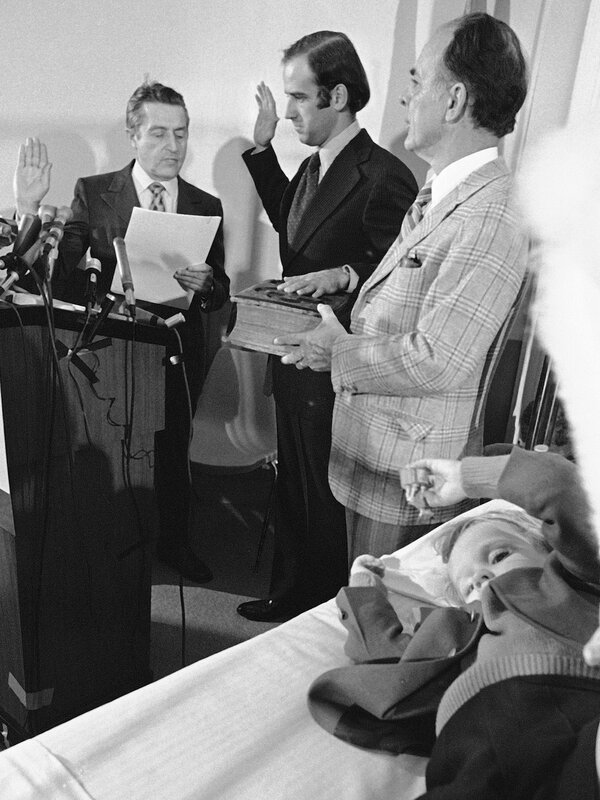 Much of Mr. Biden’s inaugural address on Wednesday centered on calling the country to come together in the midst of many challenges, with some of his first words as president focused on issuing a plea to those who did not support his candidacy.

“Hear me out as we move forward. Take a measure of me and my heart,” he said. “Yet hear me clearly — disagreement must not lead to disunion.”

Sturgeon and SNP blamed for soaring drug deaths in Scotland ‘14 years of failure!’