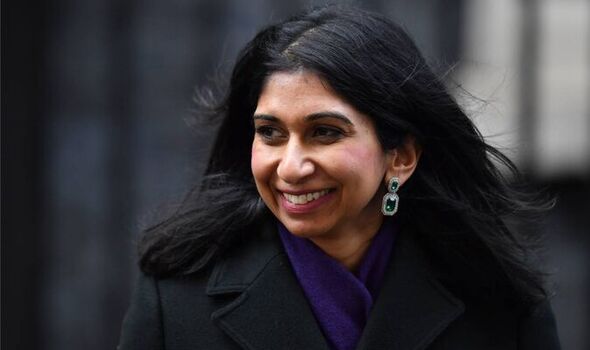 Conservative Way Forward is tomorrow relaunching 31 years after Margaret Thatcher founded it to build on her achievements as Prime Minister.

Attorney General Suella Braverman and Chancellor Nadhim Zahawi have both endorsed its new vision for a post-Brexit Britain.

The group’s charter for tax cuts warns Britain is an international outlier by putting up national insurance during the cost of living crisis.

It says a lower the tax burden will increase economic growth.

In a speech to relaunch the CWF tomorrow, chairman and Conservative MP Steve Baker will say his party and the country is at a crossroads.

He will add: “Across a range of issues, the Conservative Party is in the wrong place and heading in the wrong direction, limiting our country’s potential and risking a Labour government.

“So it is once again a time for choosing. Choosing between freedom or state control.

“For years my generation has been living beyond its means. Cheap credit and quantitative easing has helped the asset rich, and has severely hurt and left behind the young, the old and the poor.

“Every time the Government demands more of your money – that it hasn’t earned – and unnecessarily spends it, your own Government devalues your savings and the value of your labour. This is intolerable, and every right, rational and reasonable minded conservative would want to put a stop to it.” 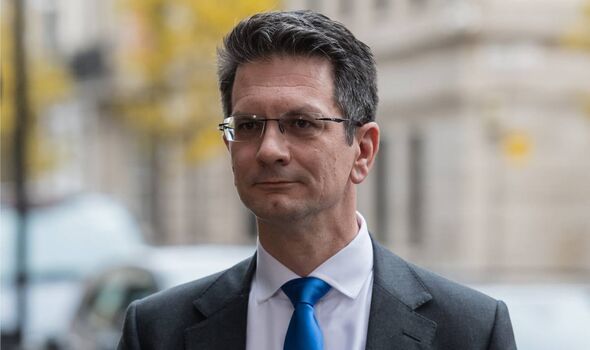 The think tank says the tax burden rather than Brexit is the problem with the economy, pointing to the similar growth levels in Germany, France, Spain and Italy since the vote to Leave.

It says taxes must be cut quickly regardless of how that is done to avoid the country becoming trapped in a vicious cycle of rising taxation, weaker growth and higher borrowing.

The CWF also says the Treasury is clawing in plenty of extra cash as a result of inflation and it should give some of the windfall back.

Former Brexit minister Lord Frost said people are “richer, happier, and more fulfilled” when they live in a successful country.

He added: “The British nation state, the United Kingdom, has been weakened from outside by the era of EU membership and from within by an increasingly complex set of economic, social, and political problems.

“We need to get back on track. We are now free to do so as a country. And Conservative Way Forward can help make it happen.

“We know the right formula for success. It’s free markets, low taxes, and personal freedom. It’s an effective state, not a large state, one that can do to a high standard the tasks only it can do – such as control the borders, fight crime, defend the country, support functioning and efficient public services.

“And it’s a collective sense of common endeavour, a politics where our common identity as British and our investment in the success of our country is the most important thing for all of us.”

This leadership election is a golden opportunity to rethink economic policy. It’s now time the Government cut taxes, made a “dash for growth” and returned us to sound money.

For months, the Treasury has been telling us that this will cause more inflation – but they are wrong.

Individuals and families should be free to decide how to spend more of their own money, yet the tax burden that is facing them is the highest it’s been since the 1940s.

And the UK is still one of the few countries in the world to be raising taxes in the middle of a global crisis.

Tax cuts could help reduce the upward pressures on costs and prices. They also help to boost growth and productivity over the longer term.

This could happen directly, for example, with a cut to VAT or indirectly by encouraging enterprise and investment, taking some of the pressure off wages and making work pay.

But cutting tax is not the only thing we need to do. There must be an equal zeal for controlling public spending and cutting the price of government.

The biggest expense families face at the moment is their tax bill – that is the cost of financing the state.

There are plenty of places to start: we might want to examine the “triple lock” on the state pension, ease the burden of “net zero” or look again at reforming the NHS and social care system.

There is nothing fiscally responsible about tax increases if they tip the economy into recession, saddling future generations with a weaker economy and higher bills that must be paid.

But that is exactly where we are currently headed.

So let’s cancel the planned increases in corporation tax; lower income tax by unfreezing the thresholds and bringing forward the cut in the basic rate; and also cut VAT on fuel to help people struggling to pay their energy bills.

Time to speak up! Demands for Starmer to come clean on damning evidence of past NATO views

Black Rod: What is the Black Rod? The bizarre tradition

‘Said they would use data!’ Boris urged to speed up reopening as Covid deaths drop to one