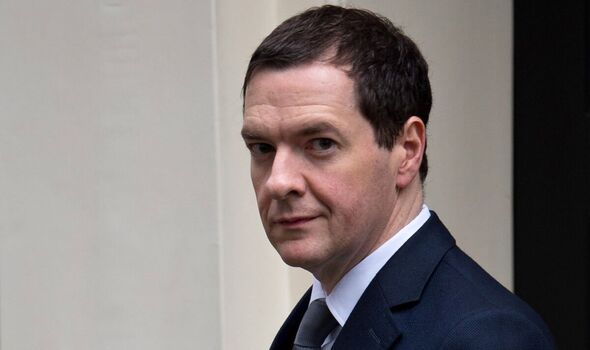 Rishi Sunak’s new administration announced earlier this month that the anti-obesity measure will not come into force until 2025.

The Conservative, 51, said: “We wanted to ban the advertising of junk food or overly sugary food for programmes that kids might see.

“That still has not been implemented. To my mind, that’s very disappointing.

“And as someone who’s a member of the Conservative Party, Conservatives should not be afraid of sensible use of government to improve people’s health because, by the way, that also reduces dependency on public services down the road.”

Successive governments have failed to introduce a long-promised ban on pre-watershed TV advertising for junk food.

Jamie Oliver said he believed millions of pounds being raised through the so-called sugar tax should be used to extend the provision of free school meals.

He said: “If you look at the money raised from the sugary drinks tax, it’s not far off what’s needed” to fund those extra meals.”

The chef, 47, told how such a move would help teachers. He added: “If you’ve got a couple of kids coming in [who are] not fed, that affects plan A, plan B and plan C of a teacher’s hour.”

“It’s like passive smoking. We’re talking about all children being affected by some of the kids maybe being disruptive or sleeping or any other kind of carnage that goes along with the poverty of hunger.”

The TV chef warned that “chaos ensues” from parents worrying about feeding their children.

He added that free school meals were “the best value of a taxpayer’s buck”.

“I would say by a long, long galactic way, it is the best value of a taxpayer’s buck.

“Why? Because the institution of school is well established. The money spent there is a very trusted, good place, measured place to do it.

“If we don’t spend it here it will react elsewhere within the community… and it definitely won’t be as cheap.”

Mr Osborne, who was chancellor in David Cameron’s government from 2010 to 2016 and introduced a tax on sugary drinks, said he would go further if he was still in office.

He added: “I would extend the sugar levy to non-sugary products. And I would actually go ahead with that ban on advertising because I think that’s been well-versed now for many years and I think would be a good thing.

The former MP criticised his party for its approach to free school meals when he was pressed on Mr Oliver’s call for an expansion of the scheme.

Mr Osborne called it a “very complex problem” but said the “overall objective” was good.

In a reference to England footballer Marcus Rashford’s campaigning on the issue, Mr Osborne said: “It may well be in my mind – I’m not active in politics today – but that providing for better free school meals for a much larger group of the population is the right way forward.”

“And certainly, I think the current kind of Tory dance of like, ‘no, no, no’, and then a footballer jumps up and says ‘yes’, and they go, ‘all right’, is not a good one politically for my party.”

Sir Tony Blair told the programme it was vital for governments to focus on children’s health and wellbeing.

He said: “This is absolutely fundamental. I honestly don’t think there’s anything more important for the future of the country but to make sure we deal with this – early years education and wellbeing.

“The vast majority of families will feel a responsibility to feed, to clothe, to look after their children properly.

“But the reason we have services – the reason we created, for example, the SureStart system – was in order to be a support mechanism that allows them to do that better and easier.

“And particularly today, when the pressures on families are enormous, and when there are levels of poverty that we really haven’t seen in the country for a long period of time.

“For the sums of money you’re going to spend on this early years, if you really have the will to do it, I promise you, having been in government, you could find the money necessary to do this.”