(Reuters) – During Sunday night’s debate, former Vice President Joe Biden vowed to select a woman as his running mate if he becomes the Democratic nominee for president. 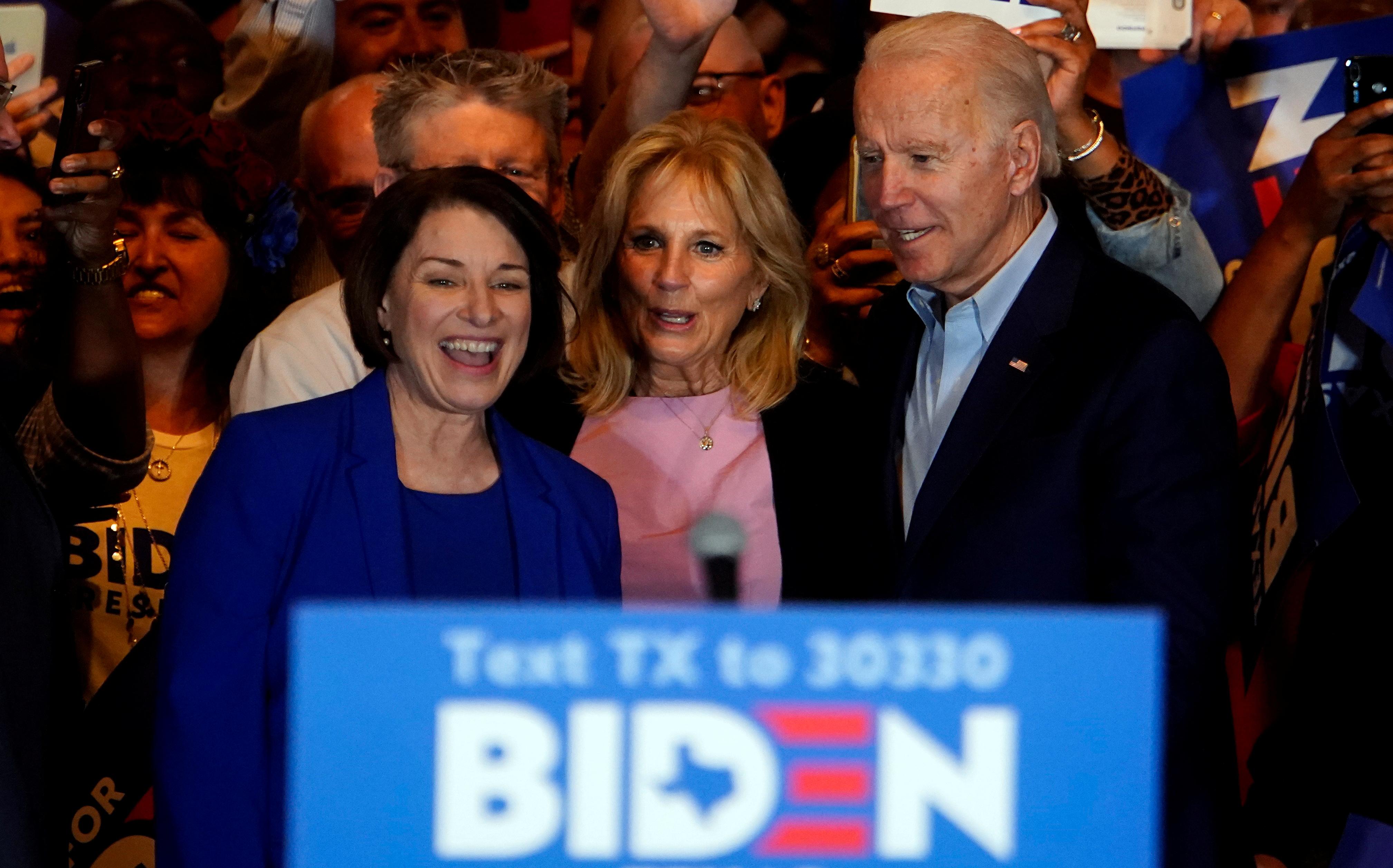 Some women who are likely to be considered:

Since being elected California attorney general in 2010, Harris, 55, has been a rising star in the Democratic Party. Since the senator from California ended her presidential bid in December, she has been at the center of vice presidential speculation.

Harris held out until after primary voting in her state, where Sanders won, before endorsing Biden. But she campaigned for him on the eve of a crucial Michigan primary last week, which Biden won.

Since her home state is a reliable Democratic stronghold, she would not bring to the ticket a potentially decisive battleground state – hotly contested because voters can swing either to Republican or Democrats. But as the daughter of Jamaican and Indian immigrants, she could help rally black voters, a crucial Democratic voting bloc.

The 59-year-old senator from Minnesota’s questioning of Brett Kavanaugh during his Supreme Court confirmation hearing boosted her national profile – and she defied expectations in the Democratic primary.

Klobuchar endorsed Biden as she exited the race after on the eve of March 3rd’s pivotal Super Tuesday contests, helping him win her home state. Picking her as a running mate would be viewed as a play to help win critical Northern states, including Minnesota, where Democrat Hillary Clinton won by only 1 percentage point in 2016 and which Republican President Donald Trump is hoping to flip this year.

An academic who wrote books on bankruptcy law, Warren, 70, arrived on the political scene in 2008 when she was tapped to help oversee big bank bailouts and then help Democratic President Barack Obama establish the Consumer Financial Protection Bureau.

Her policy proposals are much more progressive than Biden’s. Choosing the senator from Massachusetts as a running mate could be a powerful sign that Biden wants to embrace the party’s left wing.

Whitmer, 48, has been a rising Democratic Party star since winning a tight race in Michigan in 2018. Party leadership tapped her to deliver the response to Trump’s State of the Union address last year.

She has already tamped down speculation she could be the nominee. On Monday, she told MSNBC she is happy to help vet possible Biden running mates, saying, “It’s not going to be me, but I am going to have a hand in helping make sure that he has the rounded-out ticket that can win.”

Trump shocked American politics by winning Michigan in 2016, and picking Whitmer would be seen as a move to help flip the state back into the Democratic column.

In her failed bid to become Georgia’s governor in 2018, Abrams, 46, gained a national profile. Some Democrats called on the African-American woman from the Deep South to make a run for president in 2020.

Instead, Abrams has focused her attention on building a group working to end voter suppression and helping people register to vote. While she has minimal executive government experience, Abrams would likely bring enthusiasm to a ticket with Biden, especially among African Americans.

A veteran of Asian descent, the 52-year-old from Illinois lost both her legs in the Iraq War before being elected to the Senate.

Duckworth would be the first Asian American to be nominated by a major party to be a vice presidential running mate. 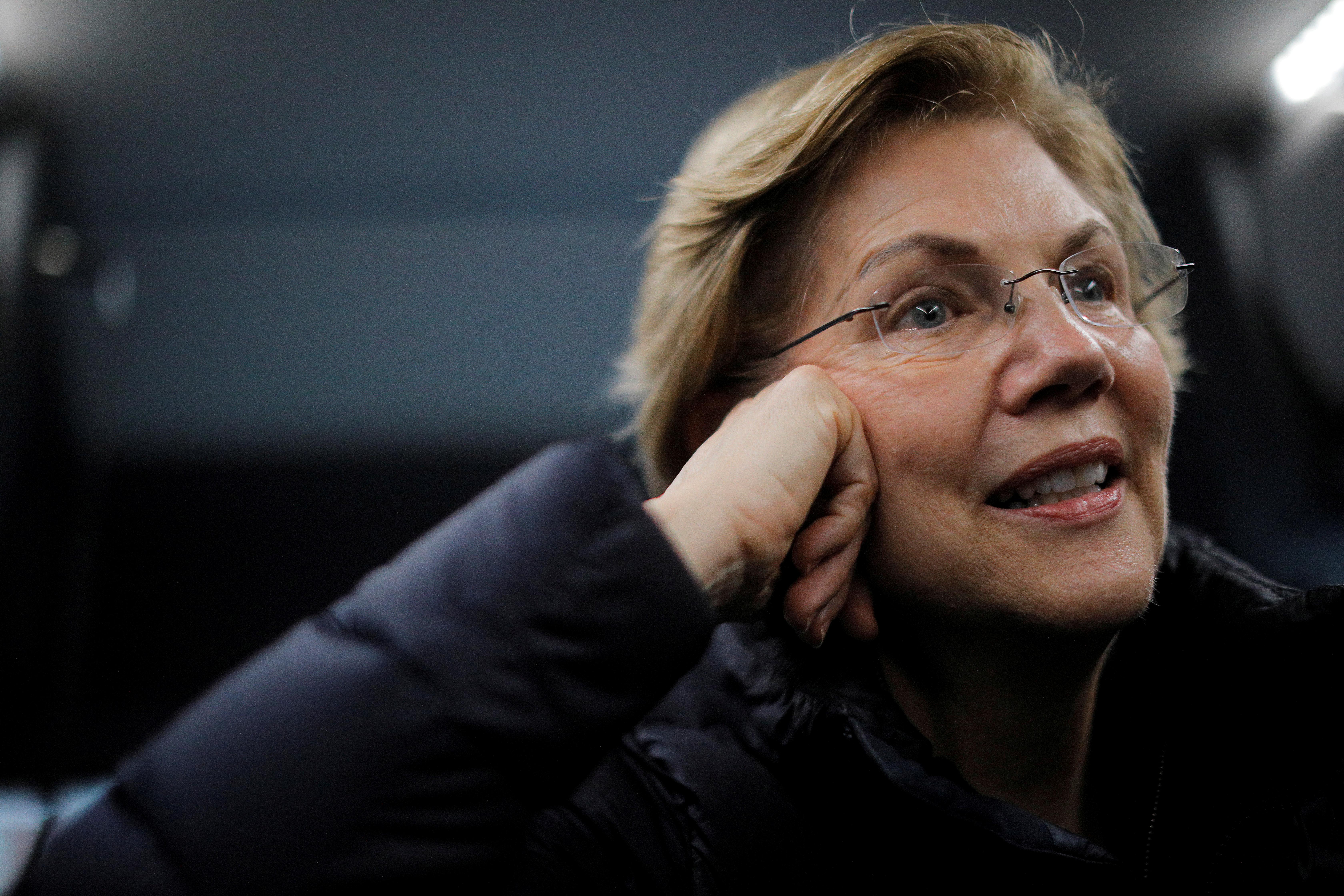 The African-American congresswoman from Florida’s national profile rose earlier this year when she was tapped as one of the managers, effectively prosecutors, in the House impeachment proceedings against Trump.

Demings, 63, was first elected to office in 2016. Before going to Washington, she was a police officer.

She hails from a state that could be critical in 2020. But her law enforcement background may not please some who are critical of Biden’s track record on criminal justice.

The Latest Positions of Key Senators on Ginsburg’s Replacement

New poll: Only 22% of Americans think the 2020 presidential election will be ‘free and fair’