It comes as the EU this week gave permission to companies based in Europe to continue to use the City of London for financing. Former Brexit minister David Jones said: “This is because they cannot raise the capital themselves and they need the City of London. “The problem they have is that the euro is a massive ponzi scheme and they have no real means of underpinning it.”

Brexiteers argue the City of London today plays a vital role in mitigating the risk posed by the giant debts of EU member states to the union and the world.

UK-based subsidiaries of EU banks are able to borrow in sterling, providing a source of finance at low interest rates. But if this was not possible it is claimed the EU could face a “doom loop” with government debt undermining the safety of banks. This would in turn would make it harder to sell debt.

Barney Reynolds, a partner at Shearman & Sterling LLP, described the weakness at the core of the eurozone, saying: “The point is this: EU law treats the debt that finances the eurozone – eurozone member state debt – as risk free. However, in fact it is highly risky since none of these countries controls the central bank issuing the euro currency…

He argues Britain could continue to perform this role if it is granted enhanced access to EU financial markets in the trade deal now under negotiation. 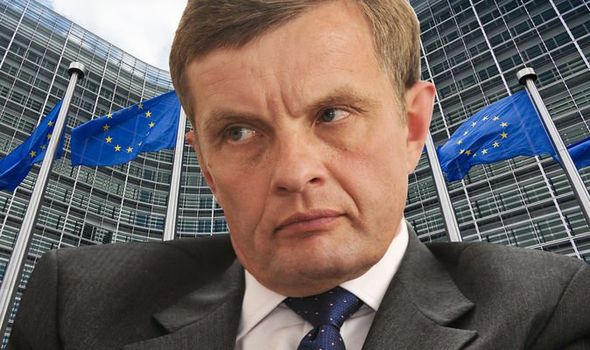 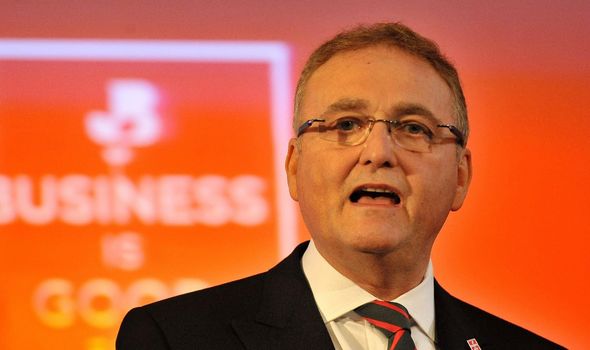 But he warned: “If they don’t, then the UK and US [will] need to cauterise the risk to prevent it operating to the detriment of savers and investors around the world.”

John Longworth, the former director-general of the British Chambers of Commerce who now chairs the Foundation for Independence, said the EU was “running a racket” and that the weakness of individual member states allowed Germany to benefit from an artificially low currency.

He said: “What the UK should do is say to the EU: ‘If you don’t play ball we’re going to actually lift this veil and expose the fact that the eurozone is a bust system built on nothing and the European banking system/corporate debt system/government debt system will be in serious trouble.”

Warning of the EU’s vulnerability in a trade war, he said: “If the UK leaves the EU without a deal and repudiates sections of the Withdrawal Agreement there could be a trade war in which there are punitive tariffs erected, sanctions, and fisticuffs in the Channel. But of course the UK response to that should be: If you go down that route [your] economy will be completely bust because we’ll withdraw the underpinning that the City of London provides.”

Pompeo: 'Cold War analogy has some relevance' with China but challenges different