Alok Sharma told Sky News that Britain does not want to walk away from trade talks with the European Union. However, the Business Secretary stated that the UK will not be able to agree terms with the trading bloc if they do not acknowledge that Britain is an independent nation.

Mr Sharma said: “The state of the negotiations is as the Prime Minister said yesterday we will continue discussing.

“We are of course apart on certain matters but as the Prime Minister said we do not want to walk away from these talks.

“People and businesses in the UK expect us to go the extra mile and that is precisely what we are doing.

“One point I do want to make is any deal that we get with the EU has to respect the fact that we are a sovereign country. 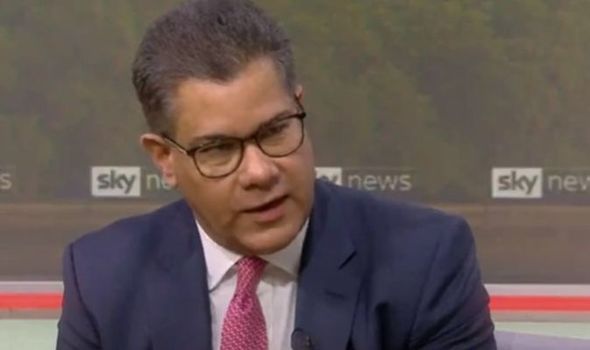 “We are an independent country and that is the basis on which we will do a deal if there is a deal to be done.”

On Sunday Boris Johnson and Ursula von der Leyen issued a joint statement outlining a further extension of trade talks between the UK and EU.

Mr Johnson and Ms von der Leyen said: “We had a useful phone call this morning. We discussed the major unresolved topics. Our negotiating teams have been working day and night over recent days.

“And despite the exhaustion after almost a year of negotiations, despite the fact that deadlines have been missed over and over we think it is responsible at this point to go the extra mile.

“We have accordingly mandated our negotiators to continue the talks and to see whether an agreement can even at this late stage be reached.”

Trump Financial Disclosure Reveals a Business Upended by the Pandemic