Brussels officials decided to launch the special “Connecting Europe Express” train in a bid to show the strength of bloc unity as part of the European Year of Rail. Under the new project, which is being partially funded by the European Union, three new trains will cross the continent stopping in more than 40 cities in 26 countries.

They will begin their journey in September 2021 before finishing in Paris on 7 October 2021.

Three separate trains that fit the different rail gauges used in Europe will be used with one on the Iberian gauge in Portugal and Spain.

A second will run on gauges used in Estonia, Latvia and Lithuania while a third will run on the rest of the EU network which is Standard Gauge.

One of the trains will have six coaches and will include mobile exhibitions on how the bloc is supporting infrastructure projects across the 27 member states. 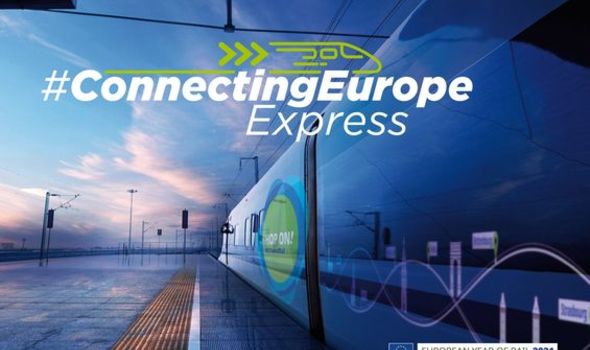 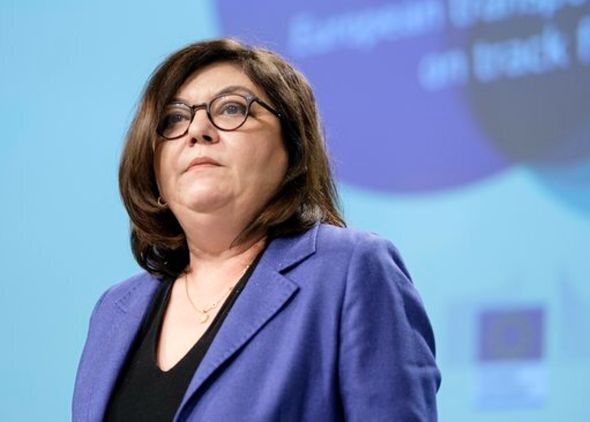 A sleeping and dining coach will also be included on the trains.

EU transport chiefs also say the project will remind people of the lack of interoperability between some parts of Europe’s rail network.

Five conferences have already been confirmed and will take place along the route ‒ in Lisbon, Bucharest, Brdo, Berlin, and Bettembourg ‒ inviting discussion and debate on the ambitious targets and action plans for rail.

EU Commissioner for Transport, Adina Vălean, said: “Crisscrossing the continent, from Lisbon to Bucharest and from Berlin to Paris, the Connecting Europe Express will follow routes that bind us together – whether as countries, businesses or people. 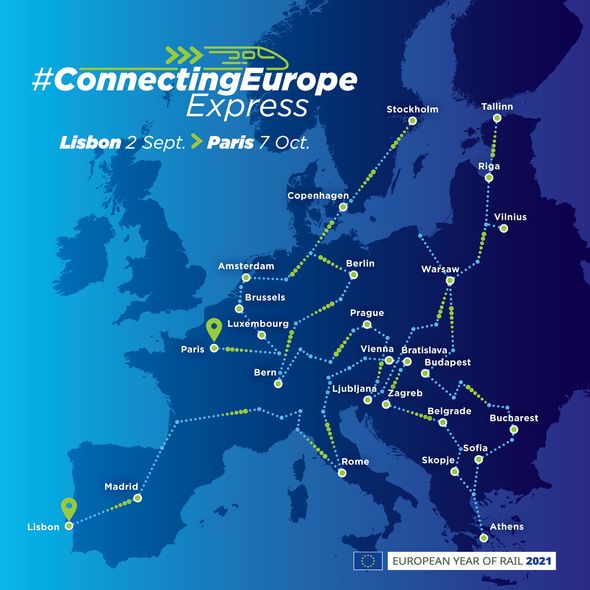 “While a symbol for connectivity, this train also serves as a reminder that we still have a long way to go and much work to do before rail becomes the transport option of choice for Europeans.”

Alongside the European Commission, European rail operators including France’s SNCF and Germany’s DB are also involved in the project alongside local infrastructure partners.

But responding to the EU announcement, a UK Government source said the strategy was “pointless”.

They added: “This strategy is simply a pointless PR exercise which is bound to fail, each European nation has its own identity when it comes to rail travel. 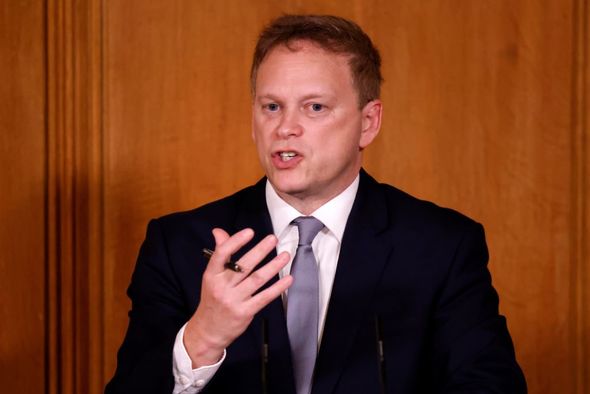 “The UK rail network is one of the most established in the world and Brexit has allowed us to innovate to become a world leader in train travel.”

The EU announcement comes after Transport Secretary Grant Shapps said innovations in the UK railway network after Brexit would help to “rebuild the UK” economy.

Speaking at a panel event on transport innovation, Mr Shapps stressed the Department for Transport were “already leading the drive” on electric cars, hydrogen trains, green airliners, and were in the process of creating thousands of new jobs in brand new industries.

Mr Shapps added: “But in a way, this is nothing new. From the Industrial Revolution onwards, Britain’s innovation has always been our trump card – it was, after all, where the railways were invented.

“As we exit this pandemic, with Brexit done, we won’t be afraid to play that card.

“I’m not ashamed to say it: I actually believe in British exceptionalism, because we’ve always done things exceptionally.

“What was once the workshop of the world can be its laboratory now as a scientific superpower, as the PM puts it, for better things to come.”

Foreign Secretary: ‘The US will have no greater ally than us’

‘Not going to happen, we have LEFT’ Bone rages at EU amid threat of collapsed Brexit talks