(Reuters) – Democrats formally nominated Joe Biden for president on Tuesday, vowing his election would repair a pandemic-battered America and put an end to the chaos that has defined Republican President Donald Trump’s administration.

The second night of the party’s four-night national convention, under the theme “Leadership Matters,” featured elder statesmen like former presidents Bill Clinton and Jimmy Carter, rising stars of the Democratic Party as well as prominent Republicans, who made the case that Biden would return integrity to the White House and normalcy to American lives.

Biden’s wife, Jill, an educator, delivered the headline speech from a Delaware high school where she once taught, offering a deeply personal account of how their love helped him heal after his first wife and infant daughter were killed in a car accident.

“I never imagined at the age of 26 I would be asking myself, ‘How do you make a broken family whole?’” she said. The answer, she said, is the same for a broken nation: “With love and understanding.”

“If we entrust this nation to Joe, he will do for your family what he did for ours: bring us together and make us whole,” she said.

Throughout the evening, Democratic leaders contrasted Biden’s long experience with what they described as Trump’s deadly mishandling of the coronavirus outbreak and his willingness to corrupt democratic institutions.

“At a time like this, the Oval Office should be a command center,” Clinton said in a prerecorded video. “Instead, it’s a storm center. There’s only chaos. Just one thing never changes – his determination to deny responsibility and shift the blame.”

With the four-day convention largely virtual due to the coronavirus, delegates from around the country cast votes remotely to confirm Biden as the nominee in a coast-to-coast roll call that drew instant raves on social media.

In clips that showcased the party’s diversity, Democrats explained why they were supporting Biden while putting their own state-specific spin on the proceedings, from a calamari appetizer in Rhode Island to a herd of cattle in Montana.

After hearing from his home state of Delaware, which went last in his honor, Biden appeared live alongside Jill Biden to thank the party for nominating him, more than three decades after his first unsuccessful run for the White House.

“Thank you very, very much from the bottom of my heart,” said Biden, who will deliver his acceptance speech on Thursday. “It means the world to me and my family.”

The program started by showcasing some of the party’s rising politicians. But rather than a single keynote speech that could be a star-making turn, as it was for then-state Senator Barack Obama in 2004, the convention featured 17 Democrats in a video address, including Stacey Abrams, the one-time Georgia gubernatorial nominee whom Biden considered for a running mate.

“America faces a triple threat: a public health catastrophe, and economic collapse and a reckoning with racial justice and inequality,” Abrams said. “So our choice is clear: a steady experienced public servant who can lead us out of this crisis just like he’s done before, or a man who only knows how to deny and distract.” 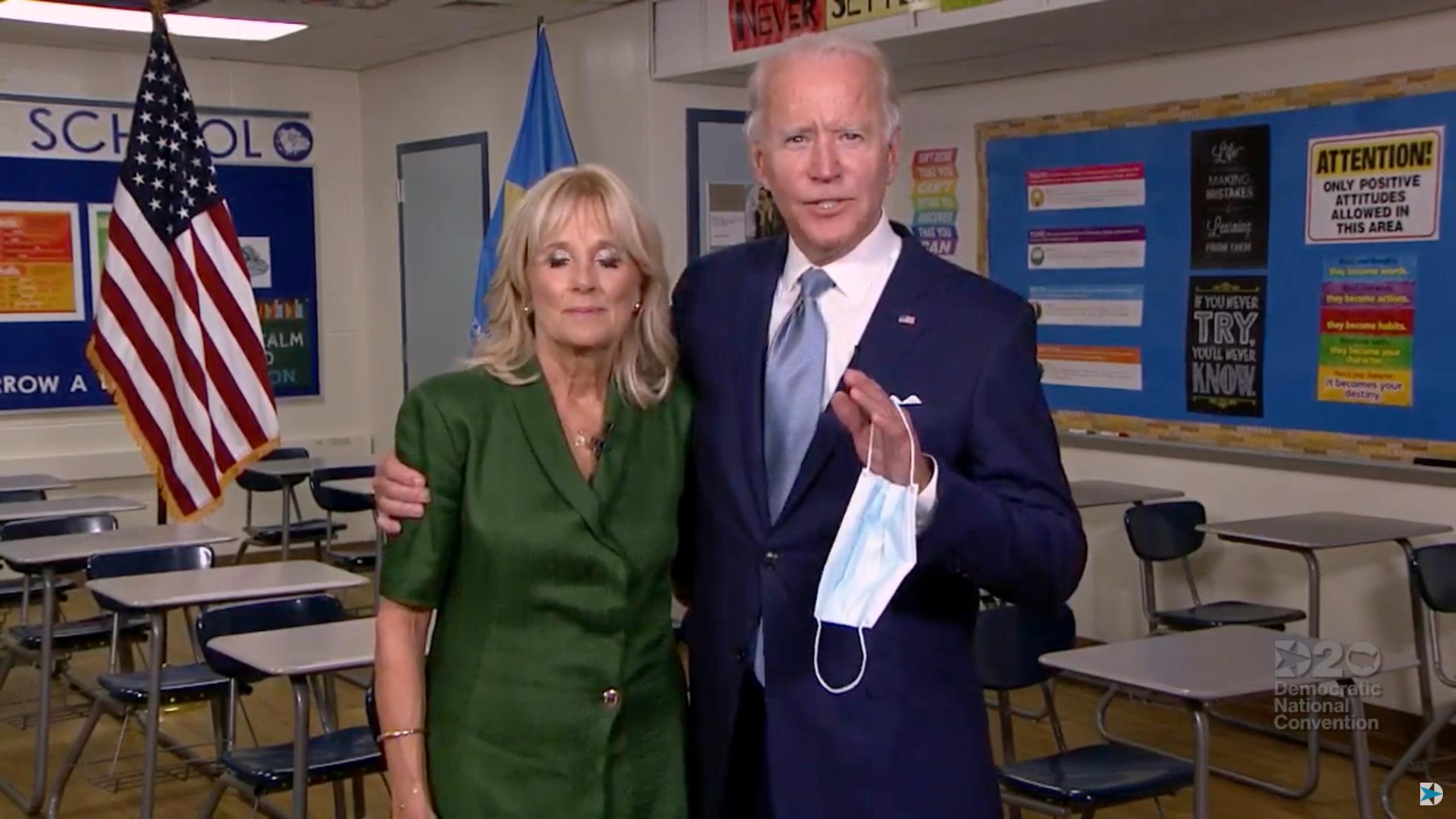 As they did on Monday’s opening night, Democrats featured a handful of Republicans who have crossed party lines to praise Biden, 77, over Trump, 74, ahead of the Nov. 3 election.

Cindy McCain, widow of Republican Senator John McCain, spoke in a video about her husband’s long friendship with Biden. Trump clashed with McCain, who was the Republican nominee for president in 2008, and the president criticized McCain even after his 2018 death.

Republican former Secretary of State Colin Powell, a retired four-star general who endorsed Biden in June, was one of several national security officials who spoke on the Democrat’s behalf.

“He will trust our diplomats and our intelligence community, not the flattery of dictators and despots,” Powell said. “He will make it his job to know when anyone dares to threaten us. He will stand up to our adversaries with strength and experience.”

“When this president goes overseas, it isn’t a goodwill mission, it’s a blooper reel…America deserves a president who is looked up to, not laughed at,” Kerry said.

Without the cheering crowds at the in-person gathering originally planned for Milwaukee, Wisconsin, TV viewership on Monday was down from 2016. But an additional 10.2 million people watched on digital platforms, the Biden campaign said, for a total audience of nearly 30 million.

Aiming to draw attention away from Biden, Trump, trailing in opinion polls, held a campaign rally in Arizona, a hotly contested battleground state that can swing to either party and play a decisive role in the election. 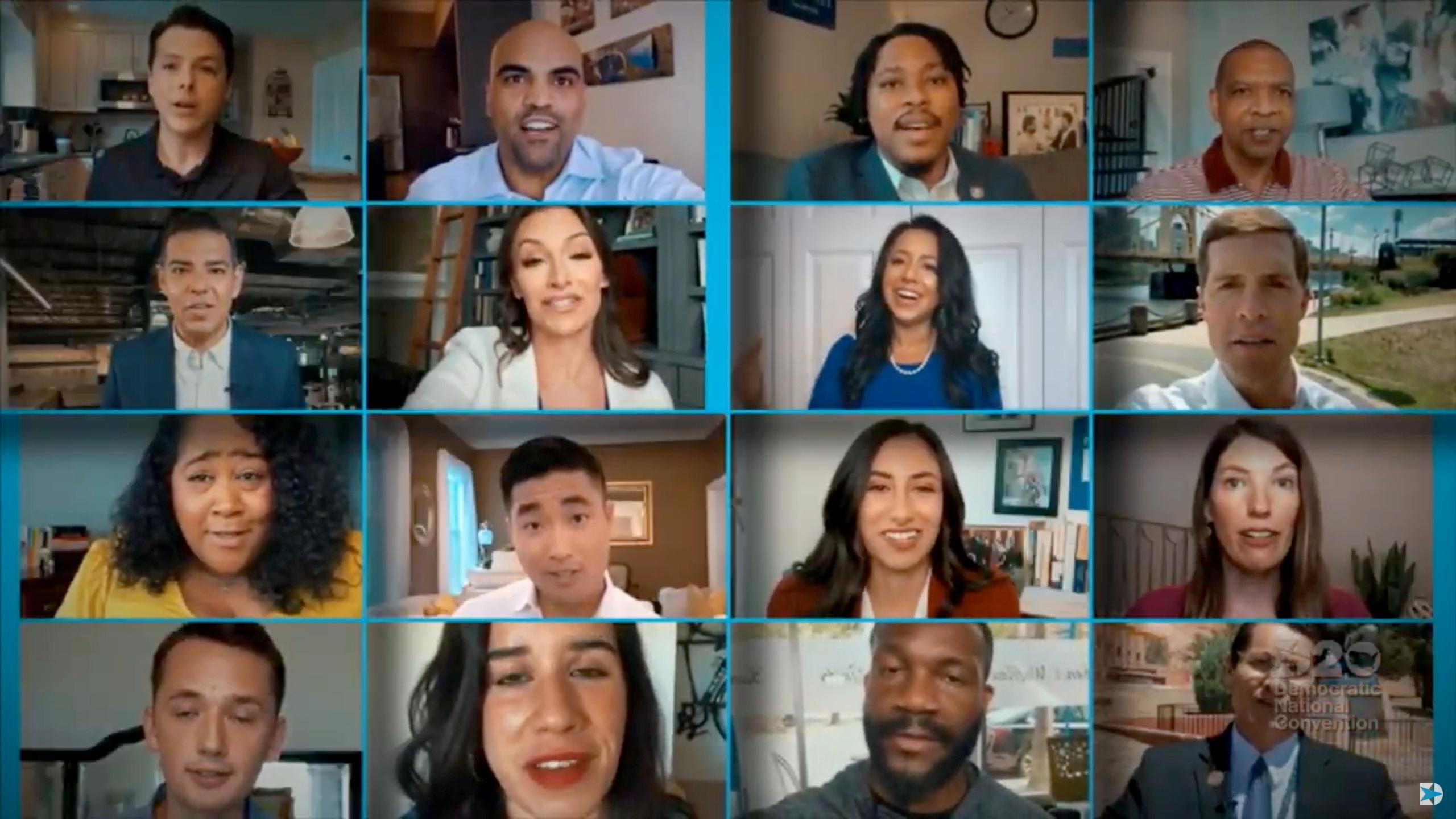 Trump called Biden’s immigration plan “radical” and “extreme,” continuing his effort to portray Biden as a puppet of left-wing agitators. In a statement on Tuesday night, campaign spokesman Tim Murtaugh said Biden’s nomination means “his supervisors from the radical left are now formally in charge.”

The Republican National Convention, also largely virtual, takes place next week. Trump will give his acceptance speech at the White House, despite criticism he is politicizing the presidential residence.

Graphic: Where Biden and Trump stand on key issues, here