The broadcaster’s interim Chief Operating Officer Glyn Isherwood told MPs those deciding not to pay for the service had risen from 1.5 million to 1.7 million in 2020. The drop in numbers comes as the broadcaster continues to face increased competition for viewers from subscription services such as Netflix and Amazon Prime.

The corporation admitted it had been hit hard by the coronavirus pandemic over the past 12 months with delays to filming a number of TV dramas and some live sporting events due to be broadcast by the corporation cancelled.

“At the moment 1.7 million of those take the option not to have a TV licence and do not enjoy the BBC services.

“The rest of them, more than 25 million at the moment, do pay for a licence, and that includes people over the age of 75, some of whom get a free licence if they are in receipt of pension credit.” 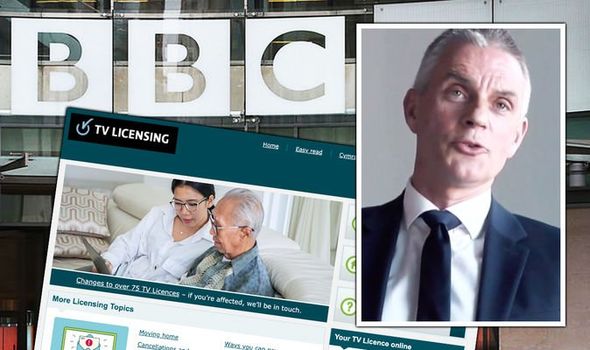 He added: “We do know that last year there was a small increase and the current figures are 1.7 million people who have taken that option and that grew from the previous year of 1.5 million.”

Director-general Tim Davie admitted the corporation was carefully watching the number as it could have a significant impact on the finances of the BBC going forward.

“We are watching the number like hawks,” he told the committee.

“This is the majority of our revenue and is absolutely critical to us.”

Mr Davie added the corporation was hopeful forecasts for an increase in the number of households in Britain would help make up for the loss.

“Obviously we are healthily concerned about that, but the balance is, we are also seeing forecasts of household growth as well,” he said.

“It is a number that we must watch and is clearly critical to us in maintaining our broad income within the licence fee.”

The director-general, who has only been in the role since September, admitted the drop was largely due to people opting out of the BBC in favour of different entertainment providers.

He said: “It’s not surprising that when on-demand is burgeoning in the way it is and other services are there, you are going to get some marginal erosion of people who are not watching a live stream on television.”

However, the BBC boss said the corporation’s role “is not to beat Netflix” and he was hoping to achieve produce something “radically different”.

“We are differently shaped. We always have sat alongside competitors.

“The issue is the BBC needs to be highly distinctive, whether that be Bitesize education provision, locally made drama.

“I remain optimistic that we can retain reach and retain our value,” he told the committee.

“We are not trying to make a paid subscription business work.”