Anneliese Dodds was called out live on-air by Sophy Ridge after the shadow chancellor dodged a question on a huge Labour policy U-turn. Sophy Ridge grilled the shadow chancellor ahead of Rishi Sunak’s Budget on Wednesday.  Ms Ridge pointed out that Ms Dodds stood on a Labour manifesto in 2019 calling for higher corporation tax – but now party leader Keir Starmer has  said Labour was against taxing corporations to pay for the pandemic. 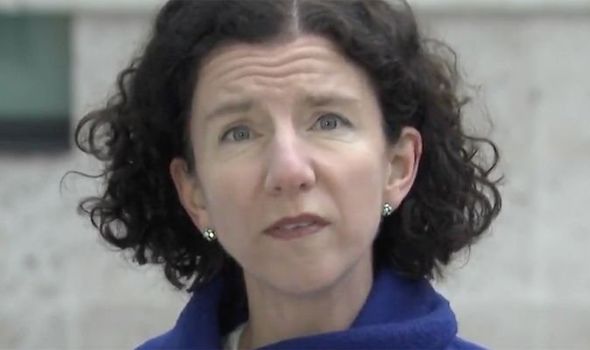 The Sky News host asked: “There are lots of reports that Rishi Sunak is going to be increasing corporation tax – something you said you won’t support.

“Why don’t you want to see corporation tax now but in 2019 you stood as a shadow treasury minister on a manifesto calling for higher corporation tax?”

The senior Labour MP dodged the question, as she said: “Over the last ten years, the Conservatives have pulled us further and further away from the mainstream on corporation tax.

“That has seen investment rise at a lower level in the UK when compared to other countries.”

JUST IN: No wonder Sir Keir looks glum, everything is going right for Boris

Ms Ridge rebuked Ms Dodds over this, saying: “Nice answer but the question I actually asked was why did Labour used to think higher corporation tax was a good thing but now you don’t?”

Ms Dodds responded: “With respect, I said we would welcome that long-term debate on corporation tax.”

On Wednesday, Keir Starmer said “now is not the time for tax rises on families and businesses” .