Home » Politics » A federal watchdog backs the legality of Biden’s suspension of wall construction along the Mexican border. 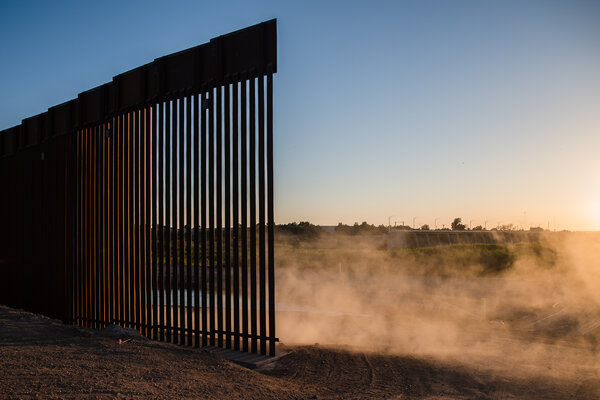 A nonpartisan federal government watchdog on Tuesday found no wrongdoing in President Biden’s decision in January to pause spending on the border wall with funds that Congress allocated during the Trump administration.

The review by the Government Accountability Office, requested by a group of Republican lawmakers, affirms the legality of Mr. Biden’s approach to the politically divisive project along the southwestern border.

Senator Shelley Moore Capito of West Virginia and 39 other Republican senators argued earlier this year that Mr. Biden’s decision to pause spending on the border wall was no different than the Trump administration’s withholding of military aid for Ukraine in 2019. The House in 2019 impeached former President Donald J. Trump over the scandal, and he was acquitted in the subsequent Senate trial.

In January 2020, the G.A.O. found that the Trump White House violated the 1974 Impoundment Control Act when it withheld nearly $400 million in security funds that Congress had already allocated for Ukraine. But in this case, the office determined that Mr. Biden’s decision regarding the border wall funding was rooted in legal requirements.

The Biden administration, the G.A.O. found, has “shown that the use of funds is delayed in order to perform environmental reviews and consult with various stakeholders, as required by law, and determine project funding needs in light of changes that warrant using funds differently than initially planned.”

Delaying the wall funding was permissible because of “the time required to meet applicable statutory requirements and develop plans for the use of the funds that consider current circumstances,” the G.A.O. said in its decision.

Last week, the administration announced that $2.2 billion in funds for the wall would be redirected to the Defense Department for military construction projects. And Mr. Biden did not ask for any funding for wall construction in his 2022 budget request.

Republicans have pointed to the record numbers of migrants who have been arriving at the southern border the spring as a crisis of Mr. Biden’s own making — in part because he stopped construction of the border wall.

“G.A.O.’s decision today makes clear that there are two sets of rules when it comes to executing funds appropriated by Congress: one for Democrat administrations and one for Republican administrations,” Ms. Capito said in a statement with Senator Richard Shelby, Republican of Alabama, on Tuesday.

Ms. Capito is a member of the Senate appropriations subcommittee; Mr. Shelby is the vice-chair of the Appropriations Committee.

Taking the public for fools! Sturgeon’s party branded ‘arrogant’ as Tories round on SNP