Home » Health » What Does ‘Negative’ on a Coronavirus Test Really Mean?

President Trump’s recent tests are a reminder that although many products exist, none test for infectiousness. 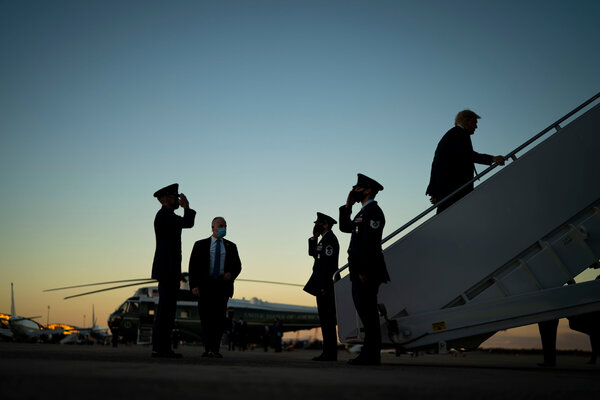 In a flurry of memos released this week and last, the White House physician, Dr. Sean Conley, stated that President Trump no longer posed a transmission risk to others — an assessment, he noted, that was largely precipitated by the results of a bevy of “advanced diagnostics.” The declarations have helped clear Mr. Trump to return to the campaign trail, including a town-hall-style event hosted by NBC News on Thursday evening.

Outside experts have also said that Mr. Trump, who reportedly began feeling sick about two weeks ago, is probably no longer infectious. But most have based such assessments on the trajectory of the president’s symptoms — not the results of his tests.

Experts have criticized the administration’s overreliance on tests to keep the coronavirus out of Mr. Trump’s inner circle. Now, they said, the White House appears to be leaning too heavily on tests to break the president out of isolation.

Not all coronavirus tests are designed to detect the same parts of the virus. And a negative on one test does not necessarily guarantee a negative on another.

“We don’t just look at these tests in the context of ‘Coronavirus, yes or no,’” said Karissa Culbreath, a clinical microbiologist at TriCore Reference Laboratories in New Mexico. “Each test looks for a different aspect of the virus.”

As recently as Tuesday, for instance, a rapid test called the BinaxNOW was unable to detect the coronavirus in Mr. Trump. But results yielded from a laboratory test, which used a slower but more accurate technique called polymerase chain reaction, or P.C.R., showed he still carried genetic material from the virus at low levels in his body.