New data from several vaccine trials offer positive signs, but many public health experts say emerging variants mean the next few months will be a race against the virus. 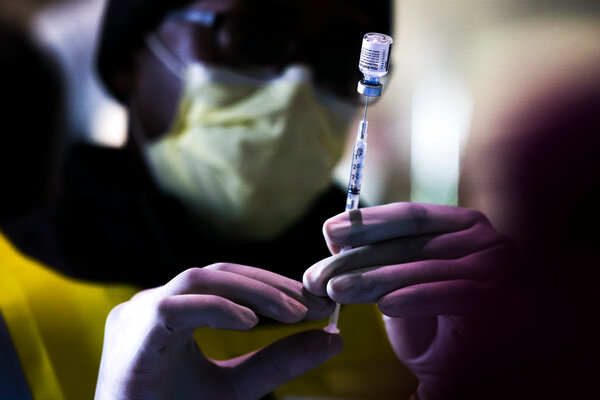 By Katie Thomas and Rebecca Robbins

As coronavirus infections surged around the country in early November — and as the prospect of a long, dark winter loomed — it was not clear if any of the vaccines in development would pan out.

Now, three months later, the picture is very different. Two highly effective Covid vaccines are rolling out around the country. Three others appear to be slightly less robust, but still offer strong, and in some cases complete, protection against severe disease and death.

In the past week alone, Novavax and Johnson & Johnson reported that their vaccines offered good protection, including against new, more contagious variants of the coronavirus. And a new analysis from the University of Oxford suggests its vaccine, developed with AstraZeneca, has the potential to slow transmission and works especially well when second doses are delayed.

After a sputtering launch, vaccination in the United States is speeding up: More than 27 million Americans have received a first dose, and more than six million have been fully vaccinated. That pace has accelerated enough that President Biden, facing criticism that his administration’s goal of giving out 100 million shots in his first 100 days in office was too modest, last week revised the target upward to 150 million shots.

“We’ve come a long way,” said Akiko Iwasaki, an immunologist at Yale University. “We’re still living with deadly disease because we haven’t vaccinated enough people, but once we do, it’s going to really change the way we live and deal with this virus.”

But even as there are reasons for hope in the spring and summer, many public health experts remain pessimistic about the next couple of months. Several warned that the world was nowhere near clear of a pandemic that has taken nearly 450,000 lives in the United States and 2.2 million around the globe.

Vaccinations have accelerated in wealthy countries, but poorer countries are getting left behind. In the United States, wealthier, white residents are getting access to the vaccine more frequently than Black and Latino people, who have been disproportionately affected by the pandemic.

Although cases in the United States have fallen in recent weeks, they are still at levels that are nearly twice as high as last summer’s peak, even as some major cities, like Chicago and New York, are opening indoor dining and other activities. The rollbacks on restrictions are also coming as contagious new variants circle the globe, some of which appear to make the vaccines less effective. 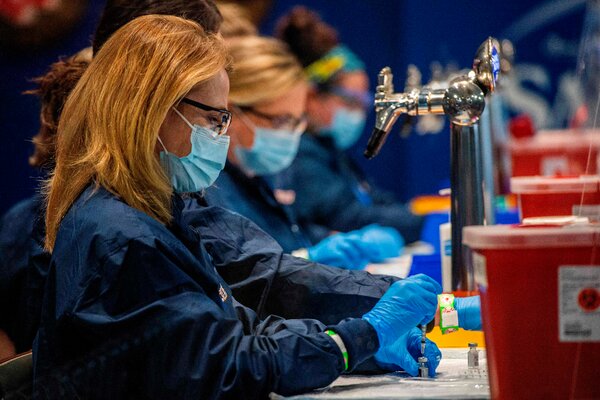 Dr. Eric Topol, a clinical trials expert at Scripps Research in San Diego, recalled feeling hopeful as recently as December that the pandemic could be tamed in the United States by June, thanks to the flurry of encouraging vaccine data. But as the picture grew clearer in the past few weeks about the threat posed by new, more contagious variants of the virus spreading in other countries that have begun to turn up in the United States — particularly the B.1.1.7 variant first seen in Britain — his optimism has faded.

Preliminary studies have shown that the vaccines from Pfizer, Moderna, Novavax and Johnson & Johnson appear to work against the B.1.1.7 variant, and that they are also effective — although less so — against the variant first identified in South Africa. Even in the case of that variant, Johnson & Johnson’s study showed that it still protected against severe disease.

The Week in Business: A Snag in the Fight for $15