The German company CureVac hopes its RNA vaccine will rival those made by Moderna and Pfizer-BioNTech. It could be ready next month. 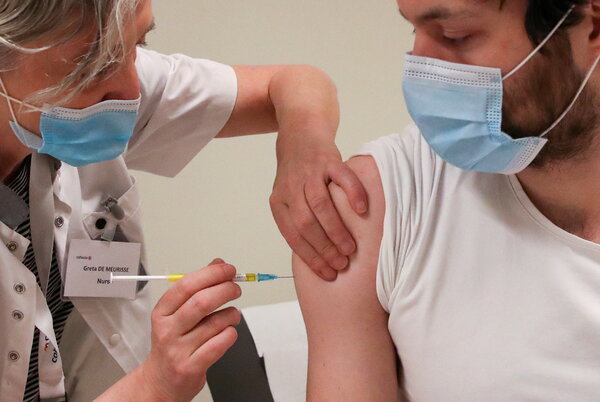 In early 2020, dozens of scientific teams scrambled to make a vaccine for Covid-19. Some chose tried-and-true techniques, such as making vaccines from killed viruses. But a handful of companies bet on a riskier method, one that had never produced a licensed vaccine: deploying a genetic molecule called RNA.

The bet paid off. The first two vaccines to emerge successfully out of clinical trials, made by Pfizer-BioNTech and by Moderna, were both made of RNA. They both turned out to have efficacy rates about as good as a vaccine could get.

In the months that followed, those two RNA vaccines have provided protection to tens of millions of people in some 90 countries. But many parts of the world, including those with climbing death tolls, have had little access to them, in part because they require being kept in a deep freeze.

Now a third RNA vaccine may help meet that global need. A small German company called CureVac is on the cusp of announcing the results of its late-stage clinical trial. As early as next week, the world may learn whether its vaccine is safe and effective.

CureVac’s product belongs to what many scientists refer to as the second wave of Covid-19 vaccines that could collectively ease the world’s demand. Novavax, a company based in Maryland whose vaccine uses coronavirus proteins, is expected to apply for U.S. authorization in the next few weeks. In India, the pharmaceutical company Biological E is testing another protein-based vaccine that was developed by researchers in Texas. In Brazil, Mexico, Thailand and Vietnam, researchers are starting trials for a Covid-19 shot that can be mass-produced in chicken eggs.

Vaccines experts are particularly curious to see CureVac’s results, because its shot has an important advantage over the other RNA vaccines from Moderna and Pfizer-BioNTech. While those two vaccines have to be kept in a deep freezer, CureVac’s vaccine stays stable in a refrigerator — meaning it could more easily deliver the newly discovered power of RNA vaccines to hard-hit parts of the world.

“It’s gone largely under the radar,” said Jacob Kirkegaard, a senior fellow at the Peterson Institute for International Economics in Washington, D.C. But now, he added, “they look pretty well positioned to clean up the global market.”

For CureVac’s co-founder, the biologist Ingmar Hoerr, the company’s Covid-19 vaccine trial is the culmination of a quarter-century’s worth of work with RNA, a molecule that helps turn DNA into the proteins that do the work of our cells. As a graduate student at the University of Tübingen in the 1990s, Dr. Hoerr injected RNA into mice and found that the animals could make the protein encoded by the molecules. He was surprised to find that the mice’s immune systems made antibodies against the new proteins.

Here, Dr. Hoerr thought, might be the basis for a new kind of vaccine. “I was thinking, Wow, if this works like that in humans, then we have a completely new pharmaceutical possibility,” he said. 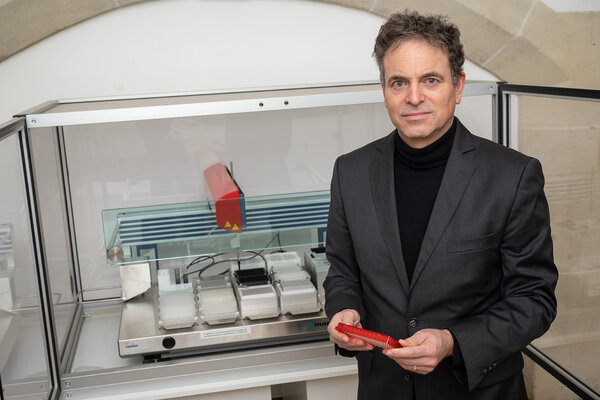 At the time, only a few scientists in the world considered an RNA vaccine a serious possibility. But proponents thought it might change medicine. You could, in theory, craft an RNA molecule to immunize people against any virus. You might even be able to create an RNA vaccine to cure cancer, if you could make an RNA molecule that encoded a tumor protein.

How many people have recovered from the coronavirus? Colorado says it can’t yet answer that question. – The Denver Post