They should still wear masks but no quarantines are necessary, the agency said in new guidance that cited growing data about the effectiveness of the shots. 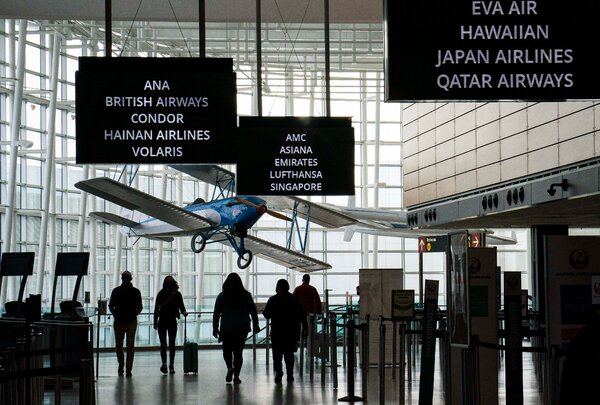 Americans who are fully vaccinated against Covid-19 can safely travel at home and abroad, as long as they take basic precautions like wearing masks, federal health officials announced on Friday, a long-awaited change from the dire government warnings that have kept many millions home for the past year.

In announcing the change at a White House news conference, officials from the Centers for Disease Control and Prevention stressed that they preferred that people avoid travel. But they said growing evidence of the real-world effectiveness of the vaccines — which have been given to more than 100 million Americans — suggested that inoculated people could do so “at low risk to themselves.”

The shift in the C.D.C.’s official stance comes at a moment of both hope and peril in the pandemic. The pace of vaccinations has been rapidly accelerating across the country, and the number of deaths has been declining.

Yet cases are increasing significantly in many states as new variants of the coronavirus spread through the country. Just last Monday, Dr. Rochelle P. Walensky, the C.D.C. director, warned of a potential fourth wave if states and cities continued to loosen public health restrictions, telling reporters that she had feelings of “impending doom.”

Some public health experts were surprised by Friday’s announcement and expressed concern that government was sending confusing signals to the public.

“It’s a mix of ‘please don’t travel,’ at the same time this is easing travel for a subset of people,” said Dr. Wafaa El-Sadr, professor of epidemiology and medicine at Columbia Mailman School of Public Health. “I think it’s very confusing and goes counter to the message we heard earlier this week, to ‘stay put,’ ‘hold on,’ ‘be patient.’ And that worries me. Public health messaging has to be very clear, very consistent, and it has to be very simple.”